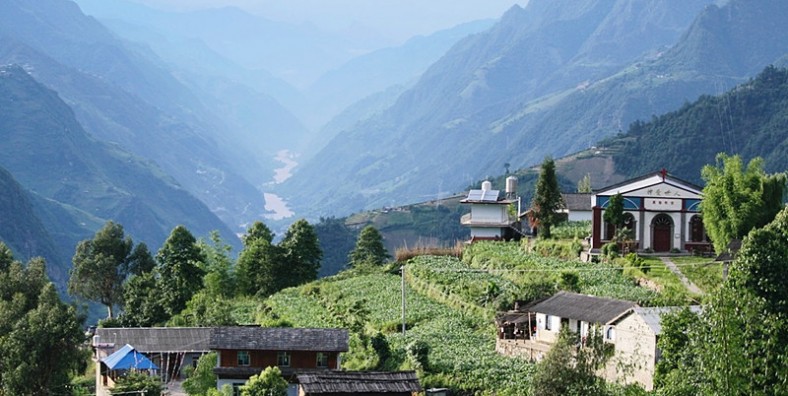 “Laomudeng” is the transliteration of the Nu language, meaning “the place that people like to come.” Due to the government’s support for the Nu Culture Village, the tourism industry has developed in recent years, and the economic conditions are quite good.

Why is Laomudeng Village So Special?

Laomudeng boasts green mountains, clear rivers and picturesque landscapes. Against the backdrop of fast-growing modern economy and society, it still maintains Nu people’s unique architectures, featuring stilt, wooden tile, bamboo fence and wood floor.  “Laomudeng” is the transliteration of the Nu language, meaning “the place that people like to come”. It was selected as the most beautiful village in China in 2014 and 2017. The environment in the village is really good. Laomudeng is the best location for photographing the sceneries of Nujiang Grand Canyon, Gaoligong mountain, Huangguan mountain and the customs of the Nu Minority.

Where is Laomudeng Village – Location

The village of Laomudeng(老姆登村) is 2,000 meters above sea level. It is a condescending place. Located on a slope belt in the eastern bank of the Nujiang River, Laomudeng stands between Biluo Snow Mountains and Gaoligong Mountains in eastwest, with the Nujiang River flowing southwards across them. It’s under jurisdiction of Pihe Nu Township of Fugong County, about 13 kilometers away from the county seat, adjacent to Lanping village in the east, Zhiziluo village in the south, Miangu in the west and Shawa village in the north.

Laomudeng village in Fugong in home to 180 families. Difference ethnic minority groups inhabiting this prefecture include the Lisu, Nu and Dulong, Tibetan , Bai peoples. Most of them believe in Christian, only a small group people kept the original belief, such as the Lisu Dongba religion and Tibetan Buddhism.

As the land is fertile and moist, with fresh air and  Biluo mountain spring as water source, the tea planting don’t need any artificial fertilizer. There is no pollution within several tens of kilometers around, and the tea factory is built on the edge of the tea garden, so the green tea produced in this village is favored by tea drinkers. 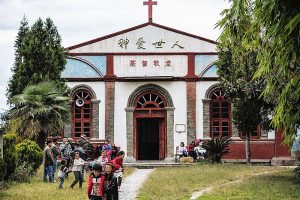 Laomudeng Church
Laomudeng Church in Fugong County is the biggest Christian Church in Nujiang Grand Canyon in Northwest Yunnan. It is a best Nujiang tourist site, where you can experience christian church integrated with local Nu ethnic culture. The words “God loves the world” in the Laomudeng Church are very touching. It is also the largest Christ church in the Nu River basin.

Huangguan Mountain
The most famous “landscape” of Laomudeng is the Crown Mountain(皇冠山) opposite the mountain of Gaoligongshan Mountain (高黎贡山), because it resembles the crown. Its unique shape is quite conspicuous in the continuous peaks.

· There are quartet chants in Laomudeng church on Wednesdays and Saturdays which you can’t miss.
· Respect the local folk customs. 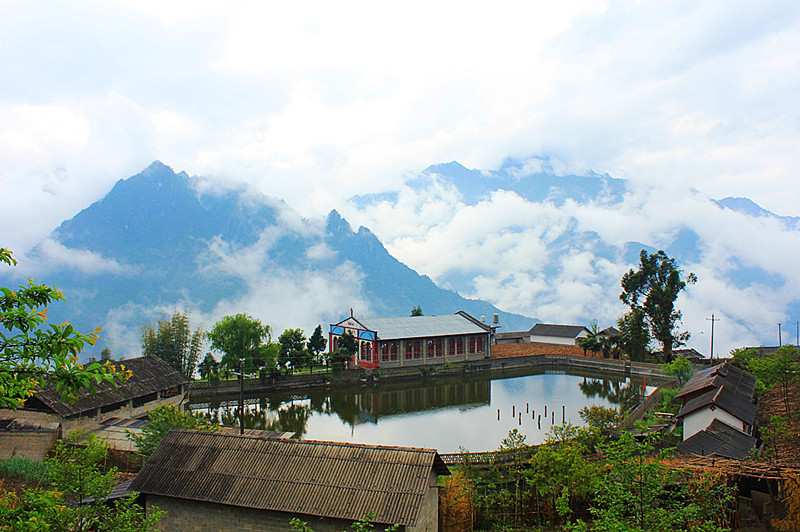 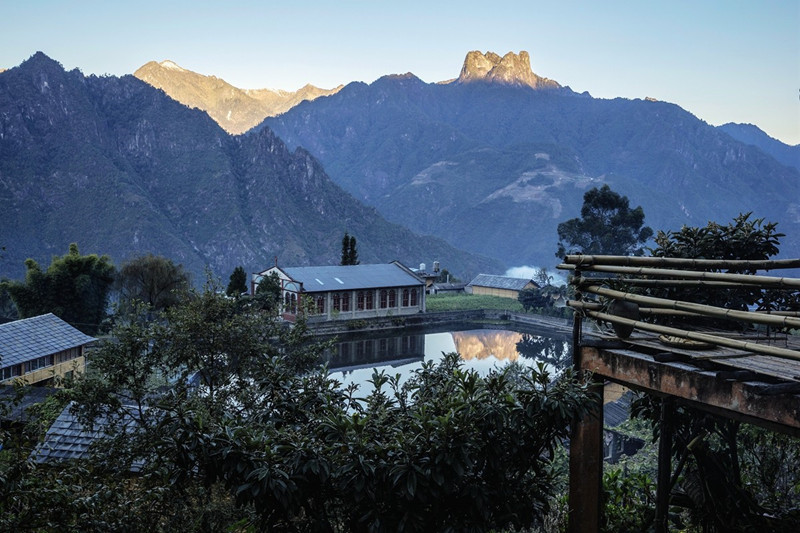 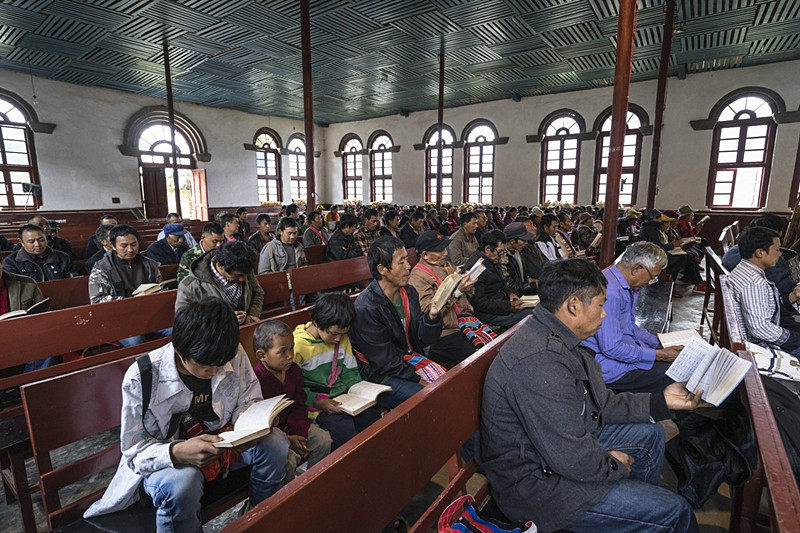