Chinese tea culture refers to how tea is prepared as well as the occasions when people consume tea in China. Tea-drinking is a constituent part of Chinese culture and was popular in ancient China as tea was regarded as one of the seven daily necessities, the others being firewood, rice, oil, salt, soy sauce, and vinegar.

Tea originates from China, in which planting tea and drinking tea have lasted for thousands of years. As a national drink of China, tea originates from Shennong ( patron of agriculture), becomes famous at the time of Duke Zhoulu, and flourishes in Tang Dynasty and prevails in Song Dynasty. In the long process of history, Chinese people have made significant contributions to the cultivation, drinking, appliance of the tea, as well as the formation and development of the tea culture in human civilization.

Chinese tea culture has formed its shape between Wei and Jin Dynasties, and the period of Nanbeichao, and has prevailed in Tang and Song Dynasties. Tea culture is the total material and spiritual fortune created by human beings in the history of society, which includes the history, poems, sonnets, ceremonies, arts, cultivation and manufacturing of tea with tea ceremony and arts as its core.

In China, when a guest comes to visit you, the etiquette of making a tea and offering a tea is essential because it is Chinese tradition to entertain the guests with tea and to offer guests with tea instead of wine. From the emperors, military or political leaders and literati to porters, hawkers and common people, tea serve as a gift and hobby as well. Tea culture has soaked into every aspect of Chinese life, which has linked with marriage, God-worshipping, religion, singing and dancing, operas, arts and novels. Hence, tea has become the carrier of Chinese traditional culture and arts.

The Chinese tea ceremony contains the wisdom of oriental philosophy. Furthermore, Chinese tea ceremony reflects the central idea of Taoism, Confucian and Buddhism it’s a combination of philosophy and life style. Through the whole set of ceremony——making tea, appreciating tea, smelling tea, enjoying tea, friendship is increased, virtue is cultivated, traditional virtues etiquette are learned. The ceremony can refresh mind and clear thoughts. The spirit of tea ceremony is the core of tea culture and the spirit is represented by Taoism.

Three-Course Tea Ceremony (San Dao Cha 三道茶) is kind of tea custom of Bai people.  It is a traditional regional tea ceremony consisting of three unique tea flavors:  the host begins by presenting a bitter tea which stands for the hardships in life, then, a sweet tea of sesame and walnut symbolic of happiness in life, finally, a bitter, sweet, and spicy tea symbolic of pondering life.

Ancient Chinese scholars used the teahouse as a place for sharing ideas.  The teahouse is not only a minor by-product of Chinese tea culture; it offers historical evidence of Chinese tea history. When you travel to Yunnan for tea culture exploration, tea houses are good places to appreciate the tea collections, tea ceremony and the tea cultural atmosphere, as well as tasting teas.

The Tea Horse Road now generally referred to as the Ancient Tea Horse Road was a network of trading routes linking the tea producing areas of Yunnan (mainly concentrated in the southeast of the province in Pu’er 普洱 and Xishuangbanna 西双版纳) and Sichuan 四川 (around the area known as Ya’an 雅安) with the tea-consuming regions across China, but in particular with Tibet. It is also sometimes referred to as the Southern Silk Road. The route extended to Bengal in South Asia. While modernization undermined this historic route’s commercial significance, the Tea and Horse Caravan Road is now attracting attention due to the growth of tourism in southwest China.

In recent years, tea mountain villages become an indispensable part of Puer tea culture tours, tourists can not only experience the tea culture but also discover the ethnic culture of the minorities living in the villages. The tea mountain villages are usually located near the tea plantations and tea mountains. Over more than one thousand years, native people have built a close and friendly interaction with the ancient tea plantations based on discovery, cultivation and utilization of tea, thus forming a charming mountain settlement landscape and rich regional ethnic culture.

Interested in Chinese tea culture? Yunnan Exploration has tours themed on Puer tea culture exploration, Yunnan Tea Tours will take you to visit the most popular tea mountains and Tea Plantations in Yunnan Province. Experience Chinese tea culture by exploring mist-covered mountains and plantations and meantime pay a visit to magnificent palaces and historical landmarks, if you come at the right times, tea festivals in Yunnan are also good opportunities for Puer tea culture travel. Puer Tea and Dianhong Black Tea will be your trip highlights of Yunnan tea tour. Yunnan tea culture tours help you to do a deep research of Chinese tea and have the chance to enjoy various famous tea in Yunnan.

Significance of Three-Course Tea Three-course tea is a way of drinking tea when Bai people in Yunnan entertain VIPs. In November 2014, the “Three-Course Tea” was approved by the State...

The Origin of Tea Culture Shennong Discovered the Tea The history of tea dates back to ancient China, almost 5,000 years ago. Shennong (Chinese: 神农), whose name means the Divine...

The ancient Tea Horse Road was a network of caravan paths winding through the mountains of southwest China. It was used as a commercial passage for transporting tea, salt... 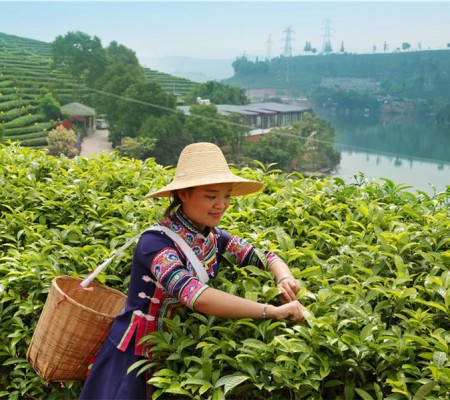 What is Yunnan Tea? Yunnan tea is a type of fermented tea that is produced in the Yunnan province in China. Also known as Chinese black tea, dianhong tea,... 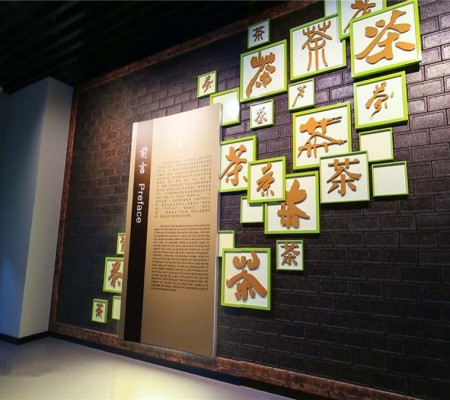 “Crab Feet” on Trees In the Jingmai Mountain, Pu’er City, Yunnan Province, besides viewing the 10,000 mu tea garden and tasting the thousand-year tea, another attracting scenery is the parasitic...