Celebrities in Yunnan will tell  you the main famous people in Yunnan in all ages, including military celebrities, cultural celebrities, which will help you better know Yunnan.

More about Piluoge of the Nanzhao Kingdom

Duan Siping was a statesman who founded and became the First Emperor of the Kingdom of Dali in 937. The Kingdom retained independence from unified China until the Mongol invasion in 1253 led by Kublai Khan.

As a Muslim, Zheng began to learn Muslim doctrines and canons when he was a little boy. Both his father and grandfather had gone on pilgrimages to Mecca, the holy city for Muslims, which gave them sufficient knowledge about foreign countries. Zheng made seven expeditions by sea from 1405 to 1433, and reached 37 countries in Asia and Africa, totaling over 100,000 li (50 million meters). Zheng's voyages started a new era in the world's seafaring history.

More about  Zheng He: A sounding name to remember

Tang Jiyao, Wade-Giles romanization T’ang Chi-yao, (born 1881, Huize (now in Jinzhong), Yunnan, China—died May 23, 1927, Kunming), military governor of China’s Yunnan province from 1913 to 1927. In 1915 Tang provided crucial military support to the rebels opposing Yuan Shikai’s reestablishment of the monarchy. Thereafter he remained a somewhat lukewarm supporter of Sun Yat-sen. After Sun’s death in 1925 Tang made an abortive attempt at the leadership of the national government. By that time, however, the corruption of his regime had led to the erosion of his power in Yunnan.

Xiong Qinglai, or Hiong King-Lai (October 20, 1893-February 3, 1969), was a Chinese mathematician from Yunnan. He was the first person to introduce modern mathematics into China, and served as an influential president of Yunnan University from 1937 through 1947. A Chinese stamp was issued in his honor.

Luo Binghui (1897-1946), former name Luo Defu, was born in a peasant family in Adushe Village of Jiaokui Town, Yiliang County (彝良). He once participated in the North Expedition War (1916-1928) against the Beiyang Government based in Beijing during the Republic of China (1911-1949), and took the posts such as the commander of the Second Company of the Sixth Corps of the Red Army, and deputy commander of the New Fourth Army and Shandong Military Region before 1949.

Influenced by his mother, Nie was very fond of folk music. He wrote a total of 37 pieces in his life, all in the two years before his death. A significant proportion of these songs reflected working class life and struggles including the Graduation Song, Progress Song and Song of the Big Road.

In 1982, March of the Volunteers was officially adopted by the Fifth Plenary Session of the Fifth National People's Congress as the national anthem of the People's Republic of China.

Yang Liping (born 10 November 1958) is a Chinese dancer and choreographer of Bai Minority. She is known across China for her creativity and her performance of the Dai peacock dance. Yang has been dubbed as the “Peacock Princess of China”. In May 2009, she revealed a dance and music production 'Sound of Yunnan Show', at the Yunnan Art Institute's Experimental Theater. On November 17, 2009, US President Barack Obama is visit to China, she performed the classic dance “The Spirit of the Birds” at the Great Hall of the People.

Joseph Warren Stilwell (March 19, 1883 – October 12, 1946, aka Shih Ti-wei/約瑟夫·華倫·史迪威 in China) was a United States Army general who served in the China Burma India Theater during World War II. His caustic personality was reflected in the nickname “Vinegar Joe”.

Distrust of his Allies and a lack of resources meant Stilwell was continually forced to improvise. He famously differed as to strategy, ground troops versus air power, with his subordinate, Claire Chennault, who had the ear of Generalissimo Chiang Kai-shek. General George Marshall, the Army Chief of Staff, acknowledged he had given Stilwell “one of the most difficult” assignments of any theater commander.

Claire Lee Chennault (September 6, 1893 – July 27, 1958) was an American military aviator best known for his leadership of the “Flying Tigers” and the Republic of China Air Force in World War II.

Starting in early 1941, Chennault commanded the 1st American Volunteer Group (nicknamed Flying Tigers). He headed both the volunteer group and the uniformed U.S. Army Air Forces units that replaced it in 1942. He feuded constantly with General Joseph Stilwell, the U.S. Army commander in China, and helped China's Generalissimo Chiang Kai-shek to convince President Roosevelt to remove Stilwell in 1944. The China-Burma-India theater was strategically essential in order to fix many vital elements of the Imperial Japanese Army on the Chinese mainland to limit their use against Allied forces advancing towards Japan in the two Pacific campaigns.

Joseph Rock, an Austria-American botanist and explorer, lived in Yuhu village and other places in that region from 1922 to 1949. He was also a naturalist and Photographer, and the first foreign scholar to introduce Lijiang ethnic culture to the western world. 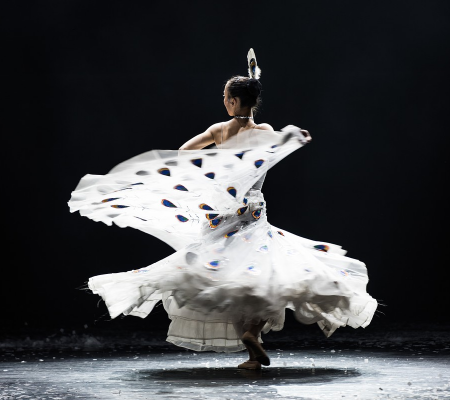 Yang Liping (Chinese: 杨丽萍; pinyin: Yánglí Píng; born 10 November 1958) is a Chinese dancer and choreographer of Bai ethnicity. She is known across China for her creativity and...

Xu Yunkui(徐云奎), born in 1956,the most famous provincial strong colour woodblock printer ,one of the most important memeber of the National Art and Culture Asiociation,the principal of Baisha Naxi...

Duan Siping (Chinese: 段思平; pinyin: Duàn sīpíng; IPA: ) was a statesman who founded and became the First Emperor of the Kingdom of Dali in 937. The Kingdom retained independence from unified China until the Mongol invasion in 1253 led by Kublai Khan....

Chen Yuanyuan (1624–1681) was a courtesan who lived during the late Ming and early Qing dynasties. She was the concubine of Wu Sangui, the Ming dynasty general who surrendered Shanhai Pass to the Manchu Qing dynasty, and later rebelled in the Revolt of...

Piluoge of the Nanzhao Kingdom

Piluoge (皮羅閣; 697-748) was the founder of the Nanzhao kingdom in what is now Yunnan, China. He reigned from 728 or 738 through 748. Issue and Ancestry Piluoge was the son of Meng Shengluopi and was...