What is the Ancient Tea Horse Road?

The Tea Horse Road now generally referred to as the Ancient Tea Horse Road was a network of trading routes linking the tea producing areas of Yunnan (mainly concentrated in the southeast of the province in Pu’er 普洱 and Xishuangbanna 西双版纳) and Sichuan 四川 (around the area known as Ya’an 雅安) with the tea-consuming regions across China, but in particular with Tibet. It is also sometimes referred to as the Southern Silk Road. The route extended to Bengal in South Asia.

The Tea Horse Road originated from ‘tea-horse trade markets'(茶马互市), the traditional ‘tea-for-horse’ trade between Han and Tibetan people. From the 6th century to the 20th century, people in Sichuan and Yunnan provinces traveled by foot and horseback with pack horses to exchange tea for horses with people in Tibet — and thus the pathway was called the Tea Horse Road.

The history of the Tea and Horse Road can be traced back to the period of the Tang dynasty (618-907) and Tibetan (Tubo) regime. Tea was introduced to the Tibetan area during the Tang dynasty. The Tibetan people had been in close communication with the Tang and the various ethnic groups of southwest China for a long time; so it is very likely that the tea of Sichuan and Yunnan had already reached Tibet.The development of large-scale commerce in tea and horses between the Chinese dynasties and Tibet and the development of the caravan road for the tea and horse trade probably dates to the Song dynasty (960-1279). During that period, the demand for tea would have gradually increased as tea became an important drink in the daily life of the Tibetans.

More about History of The Ancient Tea Horse Road

The ancient tea horse road was a network of caravan paths winding through the mountains of Sichuan, Yunnan and Guizhou in Southwest China to Tibet, and stretched across Bhutan, Sikkim, Nepal, and India, then reached the Middle East, and even the Red Sea coast of Egypt. Generally speaking, (in China) the Ancient Tea Horse Road was divided into two major routes: the Sichuan–Tibet Tea Horse Road and the Yunnan–Tibet Tea Horse Road.

The complete length of the Sichuan–Tibet road was over 4,000 kilometers, with a history of 1,300 years. The Sichuan–Tibet Tea Horse Road stretched from Ya’an in Sichuan to Lhasa via Luding, Kangding, Batang, and Chamdo in Tibet, and extended to Nepal, Burma, and India.

The Yunnan–Tibet Tea Horse Road was similarly formed in the late 6th century. It began from Simao (a major tea-producing area) and led to Lhasa, crossing Pu’er,  Xishuangbanna, Dali, Lijiang, and Shangri-La, and continuing to Nepal, Burma, and India. It was thus the critical trade route connecting Yunnan to Southern Asia.

The rise of the tea-horse trade boosted the local economy and enriched the culture of western China, while at the same time promoting development of the road.

In the Tang and Song (960–1279) dynasties, the Qinghai–Tibet Highway became a major alternative for transporting tea to Tibet from Sichuan and other more eastern areas, taking the less-steep long way round through Chengdu, Xi’an (then Chang’an) and the Silk Road. During the Ming Dynasty (1368–1644), the Sichuan–Tibet Tea Horse Road was officially recognized, and this helped the commercial towns and cities along the road to expand, and promoted commerce between inland areas and Tibet.

For more than a thousand years, the Tea Horse Road — a thoroughfare of commerce between China and Tibet – was one of the harshest trails in Asia. The ancient passageway stretched almost 2,250km across the tea-growing region of China’s Sichuan Province to Lhasa, the 365m-high capital of Tibet. Beginning in the 10th Century, Chinese porters and pack animals inched up switchbacks to cross Tibet’s Zar Gama Pass to trade Chinese tea for Tibetan horses. Today, most of the original Tea Horse Road is gone and what is left of the old route is now travelled by car or truck.

The Ancient Tea Horse Road has been deserted for decades. With the rapid development of modern roads in the late 20th century, the ancient pathways have been superseded by the Sichuan–Tibet Highway and other Tibetan roads. Moreover, the Tea and Horse Caravan Road continues to be a sacred road for many people.  Along the caravan road, there are many sacred mountains belonging to the different ethnic groups. For example, Kawagebo Snow Mountain, near Yubeng in northern Yunnan, is one of the most famous sacred mountains of the Tibetan people. Every year many pilgrims from Sichuan, Yunnan, Tibet, Qinghai, and Gansu come there to worship and circumambulate the mountain. Pilgrims still travel annually to Lhasa to pay their respect to the deities of Buddhism, often still “measuring the road” by prostrating their bodies along its length. The road these pilgrims follow is the Tea and Horse Caravan Road.

Explore the Ancient Tea Horse Road on a Yunnan Tour

While modernization undermined this historic route’s commercial significance, the Tea and Horse Caravan Road is now attracting attention due to the growth of tourism in southwest China. One reason is the ethnic and cultural diversity of the region. Furthermore, some famous old towns and villages laong the routes have also been popular sites for exploration. For example,Lijiang Ancient Town and Shaxi Old Town, etc. Yunnan Exploration.com has years of experience, guiding visitors to these historic, culturally rich sites. Join our Yunnan Ancient Tea Horse Road Tours, walk in the footprints of  long-past traders, take a walk along these antiquated paths, ride a horse along these well-worn roads, get a taste of the ‘quiet life’  within the ancient towns, do some hiking around the tea & horse trade route areas and visit some verdant, tea covered mountains along the way.

Hostorical and Cultural Sites of the Ancient Tea Horse Road

The ancient Tea Horse Road was a network of caravan paths winding through the mountains of southwest China. It was used as a commercial passage for transporting tea, salt...

Smart travel along a legendary Asian trade route that takes you to noodles in Sichuan, sweet duck in Yunnan, and on bone-jolting bus rides. It’s not a road, it’s...

How to Plan Ancient Tea Horse Road Tour in Yunnan

How to Plan Ancient Tea Horse Road Tour in Yunnan...

The Ancient Tea-Horse Road is a non-governmental international trade channel with the horse caravan as main means of transportation in southwest China, and is a corridor for the national economic... 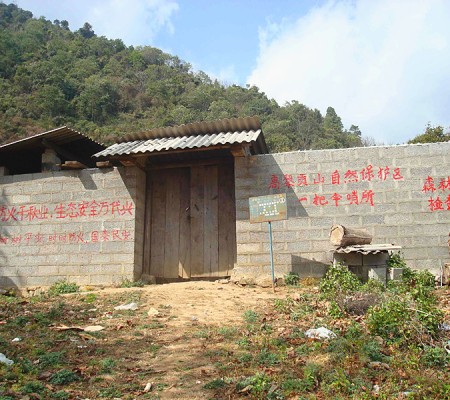 Baoshan Beizhai Gongfang Ancient Tea Horse Caravan in GaoliGongshan Mountain travel guide introduces the main attractions, entrance tickets booking, the best time to visit, how to Get there, the...

13 Places to visit on the Tea & Horse Road in Yunnan