The Yangtze, which is 6,380 kilometers long, is the longest river in Asia and the third-longest in the world. The river is the longest in the world to flow entirely within one country. It drains one-fifth of the land area of the People’s Republic of China(PRC) and its river basin is home to nearly one-third of the country’s population. The Yangtze is the sixth-largest river by discharge volume in the world. While Jinsha River is the Chinese name for the upper stretches of the Yangtze River. It flows through the provinces of Qinghai, Sichuan, and Yunnan in western China. The river passes through Tiger Leaping Gorge. It is sometimes grouped together with the Lancang (upper Mekong) and Nu(upper Salween) as the Sanjiang(Three Rivers) area, part of which makes up the Three Parallel Rivers Nature Reserve.

Because the source of the Yangtze was not ascertained until modern times, the Chinese have given different names to lower and upstream sections of the river.

Chang Jiang(长江) is the modern Chinese name for the lower 2,884 kilometers of the Yangtze from its confluence with the Min River at Yibin in Sichuan Province to the river mouth at Shanghai. By the Han Dynasty, Jiang had come to mean any river in Chinese, and this river was distinguished as the Great River(大江). Various sections of Chang Jiang have local names. From Yibin to Yichang, the river through Sichuan and Chongqing Municipality is also known as the Chuan Jiang(Sichuan River). In the Hubei Province, the river is also called the Jing Jiang(Jing River荆江) after Jingzhou. In Anhui Province, the river takes on the local name Wan Jiang(Wan River皖江) after the shorthand name for Anhui, wan (皖).

The Jinsha River (金沙江) is the name for 2,308 kilometers of the Yangtze from Yibin upstream to the confluence with the Batang River(巴塘河) near Yushu in Qinghai Province. From antiquity until the Ming Dynasty, this stretch of the river was believed to be a tributary of the Yangtze while the Min River was thought to be the main course of the river above Yibin. The name “Jinsha” originates in the Song dynasty when the river attracted large numbers of gold prospectors. Gold prospecting along the Jinsha continued to this day. Prior to the Song dynasty, other names were used including, for example Lujiang River(泸江) from the Three Kingdoms period.

The upper course of the Yangtze flows across the Tibet Plateau and descends through deep valleys in the mountains east of the plateau, emerging onto the Yunnan-Guizhou(Yungui) Plateau. Summers there are warm, and the winters are cold. The source of the Yangtze is the Ulan Moron(Wulanmulun) River, which originates in glacial meltwaters on the slopes of the Tanggula Mountains in southern Qinghai province on the border with the Tibet Autonomous Region. From the confluence of this stream with several others, the river flows generally easterly through a shallow, spacious valley, the bottom of which is studded with lakes and small reservoirs. This part of its course lies in the higher regions of the Tibetan highlands.

1. The river’s character changes sharply upon reaching the eastern limits of the highlands. There the river—which in this stretch is called the Jinsha—descends from a high elevation, winding its way south of the high Bayan Har Mountains and forming a narrow valley up to 2 miles (3 km) in depth.

2. In this region the Yangtze runs close and parallel to both the Mekong and Salween rivers; all three rivers are within 15 to 30 miles (25 to 50 km) of one another and continue to flow in mutual proximity for a distance of more than 250 miles (400 km), forming Three Parallel Rivers Nature Reserve, a UNESCO World Heritage Site in Yunnan province.

3.  The river receives the waters of many tributaries, among which the Yalong River is the largest and contributes the most water. In narrower gorges the water width decreases by almost half, but the depth increases sharply.

4. Near the end of the upstream part of its course, the Yangtze descends to an elevation of 1,000 feet above sea level.

The middle course of the Yangtze stretches for about 630 miles (1,010 km) between the cities of Yibin in Sichuan province and Yichang in Hubei province. As the Yangtze flows through eastern Sichuan and into western Hubei, it traverses for a distance of 125 miles the famous Three Gorges region before debouching onto the plains to the east. The gorges have steep, sheer slopes composed mainly of thick limestone rocks. Qutang(瞿塘峡), the first gorge—about 8 kilometers long—is the shortest; prior to its inundation, the river there was considered the most dangerous for navigation, being extremely narrow with many rapids and eddies. Wu(巫峡), the second gorge, stretches for about 50 km; it is a narrow, steep corridor with almost vertical walls of heights up to 1,600 or even 2,000 feet above the river. The last gorge, Xiling(西陵峡), is located upstream of Yichang and extends for a distance of 21 miles; in places limestone cliffs rise directly out of the water, although with the rise of the reservoir to much lower heights than before.

1. The climate is characterized by hot summers and relatively mild winters, as the high mountains to the west protect the region from the cold north and west winds. Annual precipitation measures between 1,000 to 1,500 mm, a large part of it occurring in summer; the growing season lasts for more than six months. In most of this segment, the river crosses hilly Sichuan province.

2. The current is swift; the banks often are high and steep. The river falls some 250 meters in Sichuan, more than a foot per mile (0.2 meter per kilometers) of flow.

3. The three gorges are rocky, and the walls are speckled with cracks, niches, and indentations. Even before the river was inundated, its depth in the gorges was considerable, increasing to between 150 and 180 meters and giving the Yangtze the greatest depths of any river in the world.

The lower part of the Yangtze basin is centered on the extensive lowland plains of east-central China. As the Yangtze exits from the Three Gorges Dam, near Yichang, it enters a complex system of lakes, marshes, and multiple river channels developed on the plains of Hunan and Hubei provinces. At the edge of the Lake Liangzi plain the Yangtze widens markedly, the course of its stream wandering in the form of a large loop.

1. The region experiences a temperate climate with warm springs, hot summers, cool autumns, and relatively cold winters for the latitude. Monsoons (seasonally changing winds) dominate the weather of the region, and in the summer and autumn typhoons occur periodically.

2. In the lower course of Jinsha-Yangtze River System, there are many lakes, rivers, plains and developed cities. Lakes include famous Dongting Lake, Poyang Lake and Tai Lake; Rivers include the tributaries of Yangtze River, like Yuan River, Xiang River and Han river; noted cities like Wuhan, Nanjing, Zhejiang, Suzhou, Wuxi and Shanghai, etc.

3. The lakes are of national economic significance, mainly as fisheries. The surrounding area, agricultural and studded with lakes, is China’s most important rice-producing region.

4. The Yangtze delta is one of the main regions of China’s economic development. The present-day bed of the Yangtze in this area is somewhat above the elevation of the plain. Thus, to protect the surrounding region from floodwaters, the banks of the main and other rivers are built up.

Major Cities Along the River 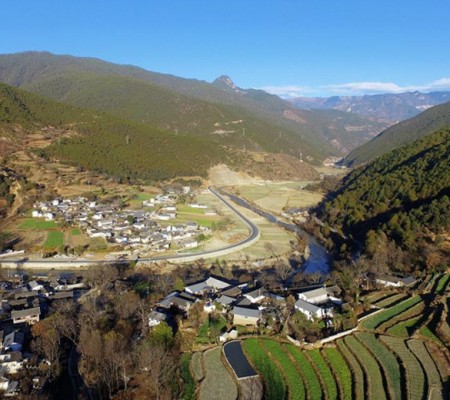 Diqing Lapu River of Jinsha-Yangtze River in Weixi County, travel guide introduces the main attractions, entrance tickets booking, The best time to visit, How to Get there, the highlights,... 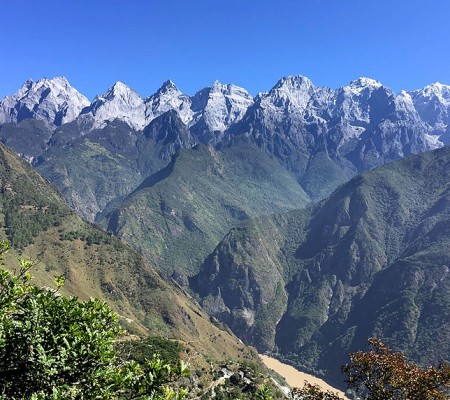