Yunnan Tea Trade is booming in recent years, together with the tea culture tours, which have played vital role in the economic growth. There are many tea markets and tea houses sprout out with the development of the tea trade in Yunnan, you won’t have to worry about where to buy Puer tea in Yunnan.

​History of the Tea Trade

According to legend tea has been known in China since about 2700 BCE. For millennia it was a medicinal beverage obtained by boiling fresh leaves in water, but around the 3rd century CE it became a daily drink, and tea cultivation and processing began. In 1824 tea plants were discovered in the hills along the frontier between Burma and the Indian state of Assam. The British introduced tea culture into India in 1836 and into Ceylon (Sri Lanka) in 1867. At first they used seeds from China, but later seeds from the Assam plant were used.

The Dutch East India Company carried the first consignment of China tea to Europe in 1610. In 1669 the English East India Company brought China tea from ports in Java to the London market. Later, teas grown on British estates in India and Ceylon reached Mincing Lane, the centre of the tea trade in London. By the late 19th and early 20th centuries, tea growing had spread to Russian Georgia, Sumatra, and Iran and extended to non-Asian countries such as Natal, Malaŵi, Uganda, Kenya, Congo, Tanzania, and Mozambique in Africa, to Argentina, Brazil, and Peru in South America, and to Queensland in Australia.

Tea trade in Yunnan with the outeside began with the traditional “tea-for-horse” trade between Han and Tibetan people. From the 6th century to the 20th century, people in Sichuan and Yunnan provinces traveled by foot and horseback with pack horses to exchange tea for horses with people in Tibet — and thus the pathway was called the Tea Horse Road. During that period, Chinese porters and pack animals inched up switchbacks to cross Tibet’s Zar Gama Pass (pictured) to trade Chinese tea for Tibetan horses. Today, most of the original Tea Horse Road is gone and what is left of the old route is now travelled by car or truck.

Tea Markets in Yunnan are thriving due to the booming development of Puer tea. If you plan to buy Puer tea or Dianhong Black tea in Yunnan, and wanna have a wide choice of tea products, tea markets in Yunnan are your good choices. According to the tea production areas, Kunming, Pu’er, Lincang and Xishuangbanna have the most concentrated tea trading centers, such as Kangle Wholesale Tea Market, Yunnan Jinshi Wholesale Tea Market, Yunnan Puer Tea Trading Center  and Menghai Tea Market , etc. 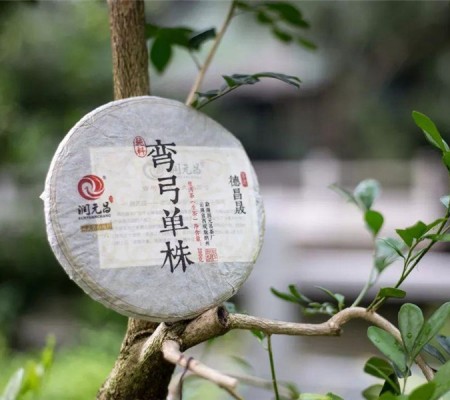 Scott Wilson is an American who settled in Kunming China and founded the tea export company Yunnan Sourcing. He spends his days working on the floor of one of the...