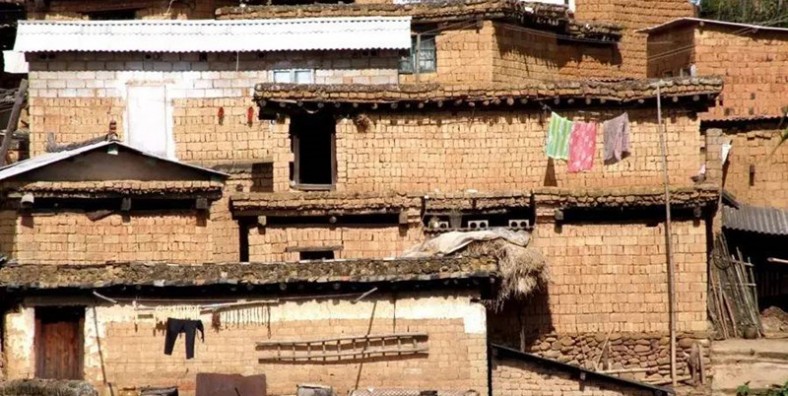 Dazhai Village is located in Lianzhu Town, Mojiang County, Yunnan Province. It was founded in Yuan Xianzong for four years and has a history of 360 years. Dazhai Village is 14 kilometers away from Mojiang County and is a village inhabited by Hani nationality on the Tropic of Cancer. It has four village groups, with 219 households and 890 people.

The Hani ethnic minority shares the same origin with the Yi and Lahu ethnic minorities. According to historical records, they all evolved from the ancient Qiang people. The Qiang people used to be a nomadic tribe living in the Qinghai-Tibetan Plateau. Later one branch of them moved south and early by the 3rd century, their forefathers had inhabited the swampland along the Dadu River and Yalong River. In the 7th century, they immigrated into the area near Mt. Ailao and Mt. Wuliang. In the Tang and Song dynasties, this area was successively reined in by the Nanzhao and Dali kingdoms. The Yuan Dynasty (1271-1368) established a prefecture to rule the Hani and other ethnic groups in Yunnan. The Ming Dynasty (1368-1644) exercised its rule through local chieftains, who were granted official posts. During the Qing Dynasty (1644-1911) court officials replaced the chieftains.

The Hani ethnic group comprises over twenty subgroups. They used to be called Hani, Aini, Kaduo, Biyue, Heni, etc. With the founding of the PRC in 1949, following consultation with the ethnic group, it was decided to agree upon the official name of Hani ethnic minority.

The Hanis are engaged in agriculture and build their two- and three- storey houses of bamboo, mud, stone and wood on hill slopes. The areas inhabited by the Hanis have rich natural resources. Being subtropical, the land is fertile and the rainfall plentiful — ideal for growing rice, millet, cotton, peanuts, indigo and tea. Growing on the rolling Ailao Mountains are pine, cypress, palm, tung oil and camphor trees, and the forests abound in animals such as tigers, leopards, bears, monkeys, peacocks, parrots and pheasants. 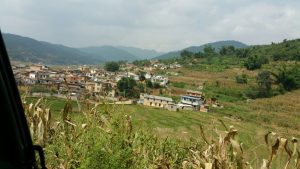 Dazhai village is the Mojiang Hani (Budu) branch of the most concentrated village. The village has retained a large number of Hani typical residential earth-form house. The earth house is the main building in the natural village of Dazhai. The village is built around the mountain. The hillside is lush with trees. Dragon bamboo, palms covered with rows of untidy earth palms. The hardworking Hani people incorporate beautiful buildings into nature Dazhai natural village has become the “forest-village-terrace-river” four-in-one Hani landscape typical.

The natural village of Dazhai, which is rich in high-quality purple rice, has attracted much attention because of its popularity in the market. People in the natural village of Dazhai always use the original Hani method of planting purple rice, and use pure ecological organic fertilizer. This makes the purple rice of Kuineng-Dazhai always have the characteristics of fragrance, stickiness, slippage, and waxy. “Compendium of Materia Medica” records that purple rice has the functions of nourishing yin and tonifying kidney, invigorating spleen and warming liver, activating eyes and activating blood. It is called “medicine valley” and is a “precious gift” left by Hani people to the world. 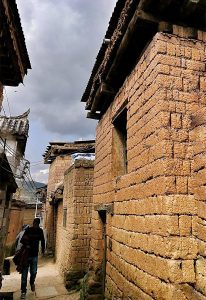 In addition to Hani earth house, purple rice, there are unique local characteristics of gold-mining culture in Dazhai natural village. At the foot of the village, there is a river called “Shuigui River”, whose upstream flows through the Mojiang gold mine, one of the “national gold lines,” so that the river carries a large amount of gold sand. When the Shuigui River passes through Kuineng, the flow rate slows, so that the gold sand deposits on the riverbed. The ancestors began the gold washing, and there was setting off an upsurge of gold mining in the village. Every family in the village had a home-made bed and attracted a large number of gold miners from outside the country, which was later quelled by the government’s ban on illegal gold mining. Now, with the approval of the relevant authorities, the river Shuigui Open to visitors, you can experience the fun of gold mining.

There are no airports in Mojiang County. Visitors can take a plane to Simao District, Puer, then take a long-distance bus to Kuineng-Dazhai Hani Ethnic Village.