Yunnan Foreign Language School is the only province-level international school that legally enrolls domestic and foreign students into kindergartens, primary schools, junior middle schools and senior high schools. It is one of the eight provincial foreign language schools directly under the education department of Yunnan province. The school has three campuses: Chenggong, Shilin and Jinning. Yunnan foreign language school is invested by Yunnan horizon overseas study foundation and Hong Kong Elizabeth education group. It is directly under the leadership of Yunnan education department and one of the eight provincial foreign language schools in China. Since October 2010, Yunnan Foreign Language School has established a strategic partnership with the Hebin branch of the university of California, and successively signed strategic cooperation agreements with Shanghai international studies university teaching group and other well-known educational institutions. Yunnan Foreign Language School has created a world-class learning and living environment for students in Yunnan and even southwest China.

Kunming Empire Foreign Language School provides courses of both Chinese language and culture to overseas students of all ages. The campus, located in the city center next to Yunnan University, is easily accessible and features a comfortable learning environment as well as excellent teachers. The school enrolls foreign students through various channels, and carries out programs such as teaching Chinese as a foreign language and Chinese culture, internship arrangement and cultural experience study tour. The implementation of two-way communication, two-way teaching, bilingual environment for the community to provide a truly international education curriculum, open up a variety of educational channels to meet the needs of parents and students.

Summit Foreign Language School was founded in January 17, 2005 to offer quality, personalized language training to anyone wishing to broaden horizons by enhancing their communication skills. In 2009 Summit School established a joint cooperation project with Cambridge Select English, based in the U.K. Since then over 70 students have participated in the short term study abroad programme. This allows the students to experience the modern and traditional sides of a European capital city, as well as take part in traditional British school life.

5. Huayang Academy for Language and Culture

Huayang Academy for Language and Culture offers useful Mandarin classes, dormitory accommodations, English classes and legal student visas for those studying with them. Through the lessons and activities you will experience local culture firsthand as you learn Chinese. It also has branches in Lijiang and Dali Old Town.

Established in July 2005, Kunming Experimental Foreign Language School is a full-time high school approved by the education department of Kunming. Over the past ten years, the university has sent more than 5,100 new students to various universities, including 7 to Peking University and Tsinghua university, and 731 to key universities of “985” and “211”. The school is located in Yangguanzhuang, a small outpost in Kunming airport economic zone, 3 kilometers away from Changshui international airport, 6 kilometers away from Kunqu expressway and 2 kilometers away from 320 national highway. Kunming experimental foreign language school has been evaluated as an excellent school by Kunming education bureau and Guandu district education bureau for three consecutive years. In 2006, it was awarded the title of “civilized school” by Yunnan education department.

For 10 years experience, we have helped teachers and students discover the world through culturally immersive educational travel. Through experiential learning, they gain new perspectives, develop important new skills and become true global citizens—all at the guaranteed lowest price. Our student programs are designed for participating in local ethnic culture and improving student’s appreciation for traditional Chinese values and lifestyles. Below are some best Yunnan Education Tour Packages for your reference.

Huayang Academy for Language and Culture

Huayang Academy for Language and Culture... 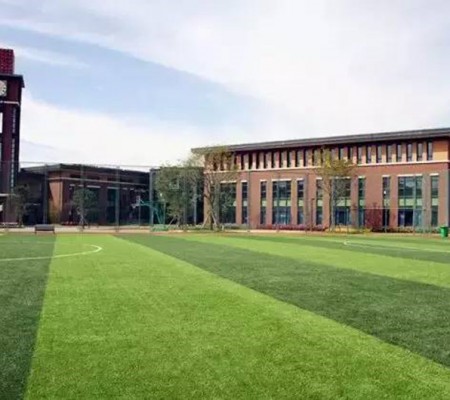