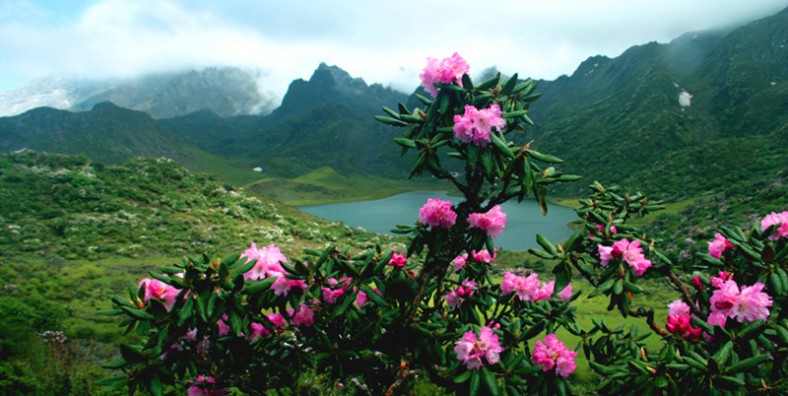 Haba Snow Mountain is a mountain rising above the northwest side of Tiger Leaping Gorge in Yunnan, China. Heihai Lake is one of the glacier relics formed by ancient cirque hydrops which is the only glacial relic distribution area of "Dali glacial period" in the area of "three parallel rivers".

Where is Haba Snow Mountain – Location

Located in the half mountain of Haba Snow Mountain, Heihai Lake or Black Black is also named Black Sea (Heihai/黑海 in Chinese). Haba Snow Mountain or Haba Xueshan is located in 120 kilometers southeast Shangri-La city, Yunnan province. Mountain raises 5396m above the sea level, and is one of the tallest peaks in Yunnan province. Its lowest slopes are crossed by the popular Tiger Leaping Gorge trail.

Why is Haba Snow Mountain So Special

Haba Snow Mountain is a mountain rising above the northwest side of Tiger Leaping Gorge in Yunnan, China. It rises opposite the higher Jade Dragon Snow Mountain, and towers 3,500 metres above the upper reaches of the Yangtze River(Jinsha River). There are numerous alpine glacial lakes located in the reserve, most of which are more than 3,500 meters above sea level. Among them, the sceneries of Heihai Lake, Yuanhai Lake, Huanghai Lake and Shuanghai Lake are most enchanting.

How is the Heihai Lake Formed 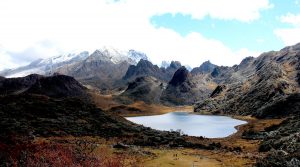 Alpine moraine lakes is a glacier relic formed by ancient cirque hydrops which is the only glacial relic distribution area of “Dali glacial period” in the area of “three parallel rivers”. Heihai Lake is the most famous one.

The lake is deep and mysterious, and the landscape varies from season to season. It is located at an altitude of 4,200 meters to the southeast of Haba snow mountain, belonging to a typical plateau glacial lake with an average depth of 18 meters, and the lake area is 3,800 square meters. Inside the lake swims the alpine snow fish, also called alpine giant salamander. It’s called Heihai Lake due to the black and blue stones distributed in the bottom, making the surface of the water black-colored.

The Heihai Lake is also the holy lake of the Naxi ethnic group. It is said that you can’t shout at the lakeside, or you will enrage the holy lake and make heavy rain. Near the Heihai Lake are some plateau lakes such as Huanghai Lake, as well as Alpine azalea forest around the lake.

Tourists can also make a tent around Heihai Lake and set a campfire, with singing and dancing.