Yunnan is a province in southern China, bordering Myanmar, Laos and Vietnam as well as the Chinese provinces and regions of Guangxi, Guizhou, Sichuan and Tibet. The region is home to a plethora of dialects from Chinese, Tibetan and Thai language families. Yunnan is home to many minority groups who each have their own different language. Due to its good climate, superior geographical environment, unique colorful ethnic minorities, Yunnan tourism has developed quickly. What’s more, as China continues to open its doors to the world, the southernmost province of Yunnan, is revealing strong potential for tourism expansion. Yunnan tourism developed more than 40 year from now.

Yunnan is a so popular and attractive tourism destination as far as when you travel Yunnan you have an opportunity not only to visit the best places in Yunnan and enjoy the fascinating sightseeing and attractions but also spend an unforgettable time on such a diverse minority group people living places. Yunnan as one of the largest provinces in China, it becomes an important and most attractive tourism destination nowadays. The best places to visit in Yunnan or even in China such as Kunming, Dali, Lijiang, Shangri-La, Xishuangbanna, etc.

When traveling in Yunnan, for most tourists, Kunming will be the first destination for a stop. As the capital of Yunnan province, Kunming is a modern city famous for its delicious food, adorable climate, friendly ethnic minority groups and the nearby wonderful natural sceneries. Within the city, there are many sites you must pay a visit, such as Black Dragon Pool, West Hill & Dragon Gate,Bamboo Temple, Yunnan Province Museum and Birds & Flowers Market where can full feel the local people’s leisure life. Around Kunming, the best place we suggest you to go for a visit is the Stone Forest. The Stone Forest is about 120 kilometers away from Kunming and covers about 400 square kilometers. It takes about 2 hours from Kunming to Stone Forest. There is a local saying “A visit to Kunming is waste time without a visit to the Stone Forest.” Therefore, it’s a value for you to have Stone Forest trip.

One of the two ancient cities of Yunnan is in Lijiang. Lijiang is a place where boasts fresh air, clear water, magnificent snow mountains, and wonderful landscapes. In the fairyland under the colorful clouds, Lijiang inhabited by friendly groups of ethnic minority people that create rich culture. In case travel Lijiang, the Lijiang Ancient Town is one of the must go places. Lijiang Ancient Town designated as a UNESCO World Heritage site in 1997 after an earthquake and reconstruction in 1996. As mentioned Lijiang’s culture, it’s easy to get Naxi Ancient Musicin mind. When travel in Lijiang, you can also go to appreciate the Naxi ancient music in the evening. Except Naxi ancient music, one of the important elements for Lijiang Culture’s development may be the unique Tea Horse Road. You can walk on the Tea Horse Road and go into some roadside teahouse to have a cup of tea. Lijiang ancient town has a special water system, and its main water source is come from Black Dragon Pool. Black Dragon Pool also is a wonderful place worthy of visit. About half an hour, north of Lijiang ancient town is Jade Dragon Snow Mountain with several scenic park areas, some hiking trails and a 4,680 meter foot peak. People can climb to near the top of the peak on a stairway and pass by a glacier. Another amazing places in Lijiang should not be missed are Tiger Leaping Gorge and Lugu Lake. Tiger Leaping Gorge is a popular hiking place for tourists when they travel in Lijiang.

Except Lijiang Ancient Town, the other famous ancient town of Yunnan province must be Dali Ancient Town. These two ancient towns make Yunnan unique. Dali city is located 300 kilometers away from Kunming and only a 40 minute flight apart Kunming. Dali is predominantly inhabited by Bai people that enriched Dali’s culture. Dali is supposed to be one of the most charming villages in south of China, surrounded by mountains of its east, west and south, and boasts the Erhai Lake in its center area. Located 13 kilometers away from Dali city, Dali Ancient Town stands lots of old buildings which were built during the Ming (1368-1644) and Qing (1644-1911) dynasties and have well preserved. Most of its buildings were built in the traditional Bai ethnic minority group style and make it in a distinct feeling. In Dali, you can also go to pay a visit to the Three Pagodas which 1 kilometer away from Dali ancient town or to climb theCangshan Moutain. You can overlooking them from different angles at the Ancient town.

Another unique and marvelous place of Yunnan is Shangri-la, which firstly known by people is in the English author James Hilton’s work Lost Horizon. Shangri-La is an untouched place where blessed with wonderful scenery, fresh air and inhabited friendly pristine people. Shangri-La which described as Utopia by James Hilton based on the Deqing Prefecture. Located in the northwest of Yunnan province, Shangri-La is in the south of Qinghai-Tibet Plateau, and borders Sichuan province and Tibet. Because composed of different ethnic minority groups, the culture of Deqing Prefecture is rich and colorful. In case you decide to travel Shangri-La, the must go place should be Bita Lake, Songzanlin Monastery and White Water Terraces. Here streams from limestone hills have deposited tufa (calcium carbonate) in a series of terraces like frozen, creamy cascades. What’s more, Meili Snow Mountain also is a wonderful choice when you travel in Shangri-La.

Xishuangbanna is in the south of Yunnan, near the Thai, Laotian, Vietnamese and Burmese borders. It offers most of the attractions of Thailand — warm climate, tropical fruits and flowers, elephants, prostitutes (legal in Thailand, illegal in China), jungle treks and a reasonably well-established tourist industry — without the complications of a border and different currency. On this land live more than 13 ethnic groups such as Dai, Hani and Yao, all with colourful customs and rich historical traditions. It holds China’s faunal and floral species, and is sometimes better known as natural “kingdom of plants” and “kingdom of animals”. Nicknamed “mini-Thailand”, Xishuangbanna attracts tourists looking for sunshine, Dai minority dance, and water-splashing festivals. Moreover, the region serves as stop on the Banana Pancake Trail; it is on a major route between China and Southeast Asia. 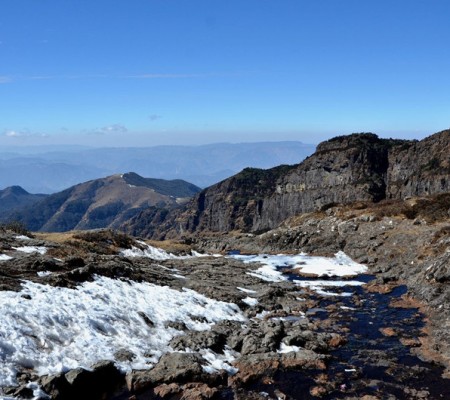 Why is Jiaozi Snow Mountain so special? In winter and spring, the mountain is covered with pure white snow, with beautiful icefalls hanging from cliffs. In summer and autumn,... 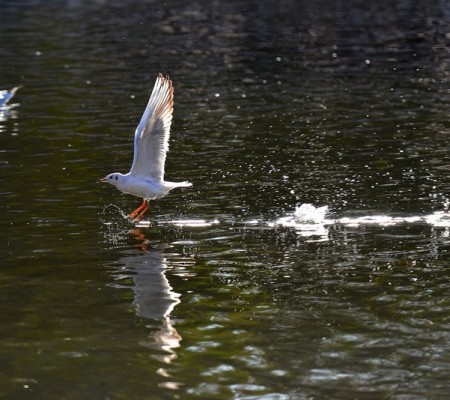 Why is Green Lake so special? Enjoying elegant sightseeing of trees, flowers, lakes, and animals, etc. make Green Lake very shining jasper, and that is why it gets the... 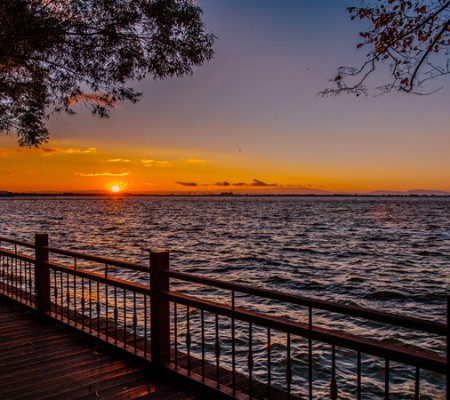 Why is Dianchi Lake so special? Embraced by several peaks and alluring waters, Dianchi Lake is just like a sparkling jewel embedded in Kunming. The lake is crescent-shaped, stretching...