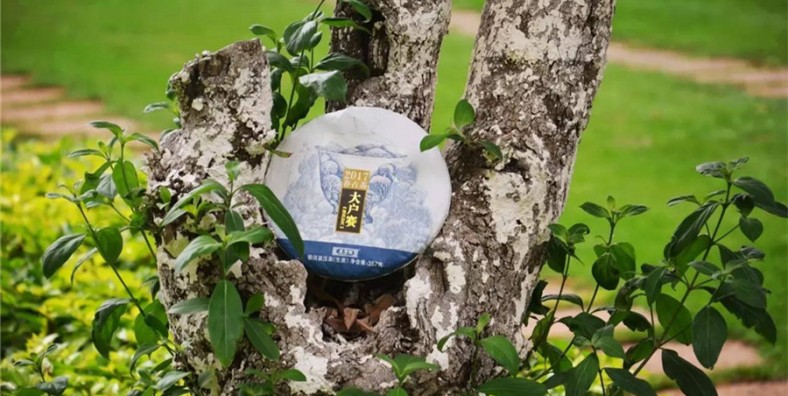 There are 150 families in Dahusai, including Lahu and Han, 60 of which are Lahu and the rest are Han. The Han people live in the upper Liangzi(Shangbian Liangzi/上边梁子) and the Lahu people live in the lower depression(Xiabian Wazi/下边洼子) about half a kilometer apart. The best preserved ancient tea garden in Dahusai is in the riverside village inhabited by the Lahu people. Most of the ancient tea trees over 200 years are here. This ancient tea garden has about 50 or 60 mu, which has not been dwarfed. The tree girth is mostly between 90 cm and 110 cm. Dahusai’s Mao Tea(毛茶) is a little different from its villages in the Western Half Mountains(西半山). It is dark and shiny after being dried. Mengku people call it big black leaves. The tea soup is bright and brilliant. Dahusai was the main tea-producing village in Mengku in 1949. Dahusai was the key tea-growing area delimited by Shuangjiang County in the 1950s. Tea trees were planted every year. Now the tea gardens that can be picked have Sanjiacun Village(三家村) and Tofu village(豆腐寨) in Gongnong(公弄), one is closed to Dongguo Village(懂过) and Dijie Village(地界).

The best preserved ancient tea garden in the Dahu competition is in the riverside village where the Lahu people live. There are large number of the ancient tea trees of more than 300 years. The branches are tall and thick, and the leaves are bright and green. Enjoying the favorable weather and plenty of rain, it is suitable for the growth of tea. These ancient tea trees show the life perseverance like the spirit of local people. 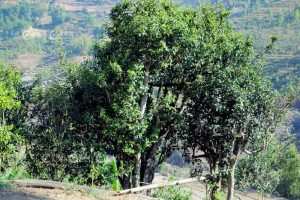 Story behind the Tea

Dahusai is a beautifully crafted, mellow-tasting, bitterness-free sheng puer from the heart of Menghai. It looks great. It tastes great. And it has a magical floral fragrance. One can only imagine how many more facets this tea will develop if aged properly for an extended period of time. Da Hu Sai makes excellent tea ceremony material. We use it to show people what manually pressed cakes should look like, what kind material is considered top-grade, and how flavor and fragrance change over multiple steepings. Make sure to treat it nicely. To fully enjoy this delicate sheng, use water of 70-75 °C.

The Tea of Dahusai Village 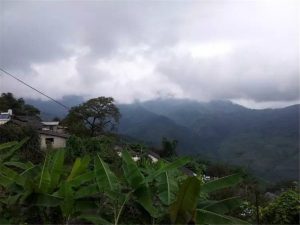 The elevation of Dahusai Tea Plantation is just next to Sanjiacun(三家村) Tea Garden in Xibanshan Mountain(西半山) of Mengku. Because the best way to go to world-known wild tea plantation in Bangma Snow Mountain is through Dahusai, Dahusai is more well-known than Xiaohusai Village. Many well-known Pu’er tea is based on mixing with Shuangjiang Mengku tea(双江勐库大叶茶), such as Xiaguan Tuocha. After liberation, the recipe of Xiaguan Tuocha was opened to the public, it showed that 60% of the tea was Shuangjiang Mengku tea. During that period, it is a great honor to drink Tuocha from Yongchangxiang(永昌祥) in Sichuang, Tibetan area. Drinkers are more preferred the taste called “Mengku Weidao(勐库味道)”

The tea of Mengku(勐库大叶茶) is so mysterious. The level of internal components in the tea of Mengku is higher than any other Yunnan tea, so this tea appears in other Pu’er tea as a kind of aginomoto(味精). The nearest village is Doufu Village(豆腐寨), about 5 KM apart. There are more than 150 families in Dahusai, the mainly group is Lahu and Han. But the first inhabitants in Dahusai are Lahu and Wa ethnic group. Lahu ethnic group had already started planting tea in Dahusai at least 300 years ago, at present, the tea trees over 200 years are mainly grown around the residence of Lahu people.

The tea of Dahusai is different from the other villages in Xibanshan Mountain(西半山), when they are dry, they became sheen, the local Mengku people call it Daheiye(大黑叶) , the tea infusion is characterized by the aroma of tea, gentle mouth feel, light yellow colour, clear appearance and fine quality. The merchants of Yunxian County(云县) are preferred to buy the tea of Dahusai during the Period of the Republic of China.

The famous Shennong Temple stands at the foot of Dahusai. Local people pay high reverence to this temple. Every traveler will worship and pray for the health and happy life.

The Tea Plantation of Dahusai accounts for 40% of the total.The ancient tea plantation maintains the traditional style. Most of the trees are 800 to 2000 years. Enjoying the tea in Dahusai must be a good choice.

The Mengku tea growing area is located in Yunnan’s Lincang Prefecture Shuangjiang County town of Mengku. Mengku contains the largest distribution of wild tea trees in Lincang. It is the highest elevation and densest currently known group of Dali variety tea trees growing on earth. These trees grow on the middle and upper reaches of the Shuangjiang County Daxue Mountain and are scattered over more than 12,000mu. Mengku ancient tea trees are considered wild-type wild tea. In evolutionary terms, they are more primitive than Pu’er tea varieties. These trees possess all characteristics and components of tea trees (tea polyphenols, amino acids, caffeine, etc). They can be used to produce and drink tea. It is a valuable resource for researchers of molecular biology and resistant plant breeds. It is the green pearl of Shuangjiang.

Attraction Transportation:
We can take a shuttle bus from Shuangjiang County to Mengku Town, then transfer a local mini-bus to Dahusai Village.

Attraction Travel Tips:
From March to May, travelers can visit the charming landscape and get rid of the rainy season.