Since it is located in the remote Honghe river valley, the closed environment enables Huyaodai ethnic people to completely preserve the original ecological Dai culture such as natural worship, witchcraft, tattoo, sacrificial offering, tooth dyeing and clothing of the Dai ancestors. To experience the authentic Huayaodai culture, Xinping county of Honghe river basin is must be the best choice. The dress of Huayaodai women is gorgeous and dazzing, beautiful and generous, and the chest is hanging all sorts of silver items. There are colored ribbons on all girls’ waists, thus named the Huayaodai ethnic people.

Huayao Dai is the appellation for Dai people living in the upper reaches of the Honghe river. Xinping county, located in Yuxi city of Yunnan province, is the hometown of Huayao Dai. As early as three or four thousand years ago, this area was inhabited by Pu people, one of the three groups(Qaing, Pu and Yue) activing in the southern part of the country. The Dai and Yi living in Xinping, together with neighboring Hani, Lahu, Han and Hui, build up the original ecological ethnic culture.

The name of Huayao Dai was first seen in the Qing dynasty, at that time, it was recorded as “Baiyi(摆夷 in Chinese)”. The Dai ethnic group in Dehong prefecture was called “Han Bai Yi(旱摆夷)” (Dabaiyi in Ming dynasty). The Dai ethnic group in Xishuangbanna area was called “Shui Bai Yi(水摆夷)” (Xiaobaiyi in Ming dynasty). The Dai ethnic group living in the middle reaches of the Honghe river was called “Hua Bai Yi(花摆夷)”. Huayaodai ethnic people call themselves “Daiyaluo(傣雅洛)”, which means “the lagger in the migration”. According to the textual research of the historical books, Huayao Dai, which lives at the foot of Ailao mountain and on the bank of Honghe river, is a group of Dai left behind in the process of migration. It is also said that they are the ancient Dian royal descendants or Nanzhao royal descendants, and some think they originated from the ancient Baiyue people.

Customs and Culture of Huayao Dai

Huayao Dai retains the most primitive Dai culture, and is the living fossil of researching the Dai history. Because Huayao Dai people live in the remote Honghe river valley, the closed natural environment enables them to completely preserve the original Dai culture including the primitive religious worship, sacrifice, witchcraft, teeth dyeing, tattoo and clothing, which has its own distinct cultural characteristics and ethnic features.

Huayao Dai have their own language, but no written language. Their culture is handed down from generation to generation by oral instruction or traditional customs, but Huayao Dai has created brilliant poetry. Their legacy is rich in literature, graceful in dance and moving in song. They still carry on the ancient customs of dyeing their teeth and tattooing. Huayao Dai tattoo is mainly to avoid evil, they think that people have soul and there are ghosts in the world, tattoo can drive out ghosts and let their own soul home. 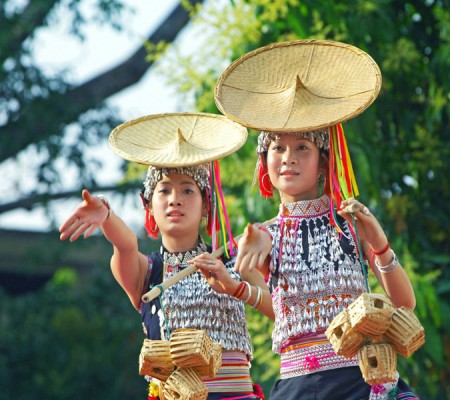 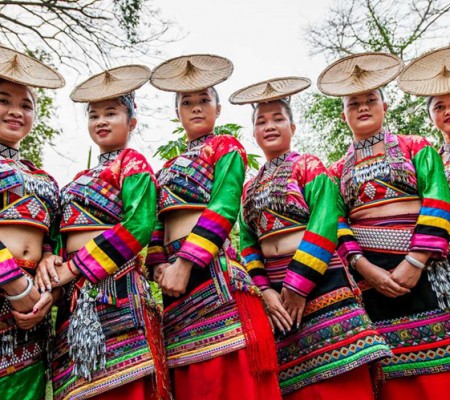 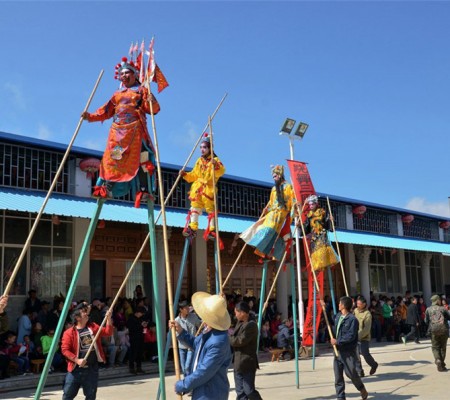 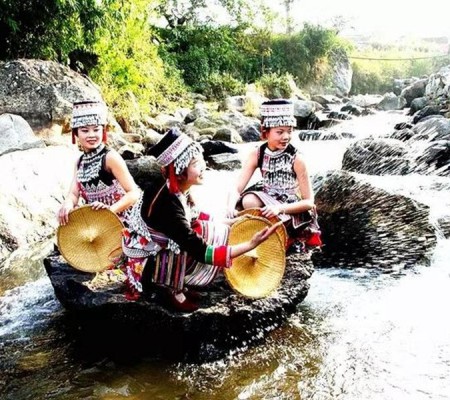 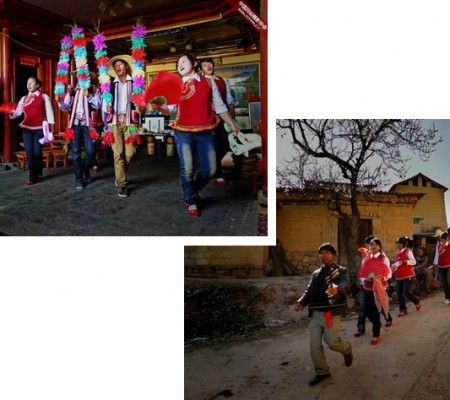