Taliu Ethnic People, calling themselves “taliu” or “talusu”, with their own language and without the common characters, use Chinese and Chinese characters. They have the oral history of origin, different kinds of rite of passage, and romantic ways of marriage and love in the “youth shed”. In addition, the featured houses and Baba are the epitome of their fire pond culture and food culture.

According to the legend and the inscriptions on the tombstone of Fenlin, Taliu people moved to Yongsheng in the early Ming Dynasty when the soldiers of Hunan and Hubei were gathered here. Their ancestral home was Xiangxiang County, Malin County, Changsha, Hunan Province, or Ji’an, Jiangxi Province. They began to live in the area of Liushutang, Nanhua. Later, they moved to many places and settled down in Yingpan village, and build ancient Taliu castle. It is said that the surname Wang was the first to find Yingpan and live here. Therefore, the surname Wang was called “Qubeili”, which means the surname who find the settlement place. When the red and white flag war broke out (that is, the southwest Hui uprising), the Lang’e people who had made friends with Taliu surrendered to the uprising army. The rebel army used the close relationship with Taliu people and destroyed the castle. Taliu people ran around and then gradually return to the castle and live around it, forming today’s Shuanghe, Yingshan and Yushui administrative villages, known as “Top Three Taliu’s Villages”.  The ruins of the castle are now inhabited by the Han nationality, namely today’s Yingpan village. Before liberation, the relationship between Taliu and Lang’e people was still estranged. After liberation, the relationship gradually improved.

Taliu people are concentrated in Taliu mountain, which is located in the northwest of Lipan line of Sichuan-Myanmar road, which is 101 ° e, 26 ° 33 ° n, 45 km away from Yongsheng County. Taliu mountain is located on both sides of the upper reaches of Taliu River, with mountains and deep valleys crisscrossing. There are three village committees, namely Shuanghe, Yunshan and Yushui. It is historically called Taliu river area, with a total area of 150 square kilometers and an altitude of 1500-2160 meters. It has a temperate continental climate to cold temperate climate, with continuous peaks, rich forest and grassland resources and good ecological environment. Taliu people are mostly concentrated, among which there are a small number of Han people living together, with the distribution of Han, Lisu and Xiaoliangshan Yi people in a stepped distribution. Taliu people has nine surnames: “Wang, Lan, Chen, Hai, Luo, Xiong, Duan, Qiu, Yang”. Among them, “Wang, Lan, Chen, Hai” is the major four surname, accounting for more than 90% of the total population.

Rite of Puberty of Taliu People

Taliu girls wear in a white dress and a single braid before the ceremony. But after the menarche, they should change to wear black skirt, comb two braids, and start wearing the headcloth. Every year, on the 24th of the 12th lunar month, the girls who have the menarche in the same natural village will go to the home of a woman who is older and enjoys certain prestige, and ask her to comb her hair. In the past, when the ceremony of combing hair was held, the black twine should be clipped in the hair and dipped lard to comb together. The grooming ceremony is no longer so complicated. Once the girl given the rite of passage, it is a sign that she is no longer a child, but an adult who could participate in social activities.

Taboos and Avoidance of Taliu People

Like other nationalities, Taliu people has his own taboos and avoidance. For example,

Taliu Baba is a famous local specialty, and also the most important and indispensable etiquette items of Taliu people. It is widely used in various etiquette and social occasions such as marriage, funeral, sacrifice ceremony, festival celebration, meeting relatives and friends, etc. Taliu Baba is processed with wooden pestle. The traditional craft began in the Ming Dynasty with a history of at least 130 years. Taliu Baba can be fried, stir-fried, boiled, burned, roasted, etc. It’s easy to store, carry, process and eat, which tastes mellow, fresh and crisp, rich in nutrition, nourishing and beautifying.

Located in Yingpan village, the ruins of Taliu ancient castle, covering an area of 1 square kilometer, is the birthplace of Taliu people. It was built in Jiajing period of Ming Dynasty. During the Kangxi and Qianlong period of Qing Dynasty, it flourished and developed into more than ten streets. It is an important post station on the ancient tea horse road of Yunnan and Sichuan. It integrates military, transportation, culture, education, commerce and administration, including officers, soldiers, businessmen, brigades and various ethnic caravan. It was destroyed in the uprising of Du Wenxiu in the Xianfeng Period of the Qing Dynasty (about 1861). There are a large number of existing relics, including the footstone of the wall foundation room, the ancient road, the ancient well, the ancient temple, the ancient stele carving, the stone carving stone tools, the stone sewer, the stone steps, the broken walls, a large number of rubble tiles, etc. In 1998, Ruins of Taliu Ancient Castle was listed as a key cultural relics protection unit in Yunnan Province. On June 10, 2006, the national cultural relics Festival, the State Council approved and promulgated Taliu tomb forest (including ruins of Taliu Ancient Castle) as the Sixth Batch of key cultural relics protection units in China, officially named “ancient tomb group (including ruins of Taliu Ancient Castle) in Yingpan village, Liude Township, Yongsheng County, Lijiang City, Yunnan.

Liude Tablets of the Taliu people is 30 kilometers away from Yongsheng County. There are more than 10,000 tombstones on the hillside covering an area of 0.3 square kilometers, especially centralized cemetery area is 100 hectares. The tombstone is unique in format, carved by Phoenix, Kirin and Taiji. The patterns and patterns of the drawings and the like are different and the craftsmanship is exquisite. The tombs are built on the hills, and they are scattered and scattered. The Chinese stone monuments stand in stone, and the layout is rigorous and magnificent. 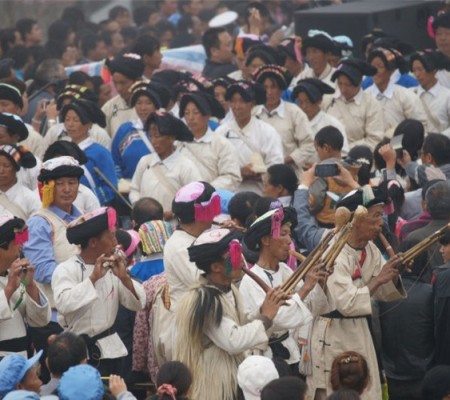 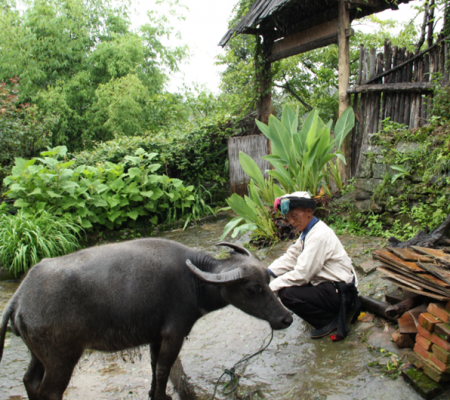 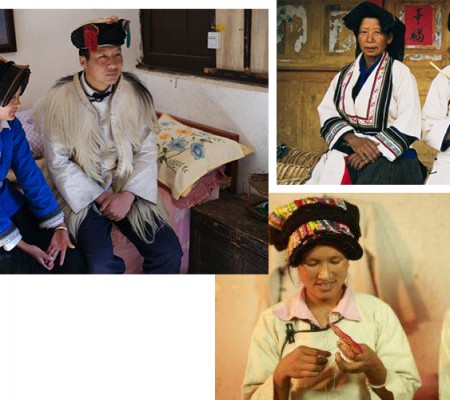 The Style of Love and Marriage of Taliu Ethnic People

Xiyun Cave in Yongsheng County of Lijiang introduces the main attractions, entrance tickets booking, The best time to visit, How to Get there, the highlights, facts, history, photos,weather, accommodation,...

Lijiang Dade Temple in Yongsheng County travel guide introduces the main attractions, entrance tickets booking, The best time to visit, How to Get there, the highlights, facts, history, photos,...