Most Azhe people live in Mile city in central Yunnan province. Like many other small ethnic groups, the Azhe ethnic people are classified by the government as a branch of the Yi minority.

The Azhe ethnic people say that they originated in northern Yunnan. During the Sui and Tang dynasties(581-907), they moved south to Jianshui. At that time, they were providing military assistance to the kingdom of Luodian. Later, the people separated. Some returned to Yimen and Shuangbai counties, they are today’s Ache people. Another part of the people went to Mile, they are today’s Azhe people. Despite their common origins, the language and customs of today’s Azhe and Ache peoples are markedly different. In 1960, the Azhe people were officially placed in Yi minority.

The 14th day of the 10th month of the lunar calendar is the torch festival of the Azhe people. That day, villagers of the whole village, men and women, young and old, follow the path and climb their sacred mountain. Shamans slaughter cattle and chickens as offerings to the mountain god, asking him to bless them with good weather and good crops. In addition, Azhe people refuse to intermarry with other ethnic groups, and their culture and language are distinctly different from other ethnic groups.

The Azhe people believe in pantheism. They have many festivals to worship different gods. Out of fear, they offer sacrifices to these false gods. French Catholic missionaries worked extensively in the region during the first half of the 20th century. There is a famous Catholic meeting place among the Azhe people in Mile. Today, however, most Azhe people are completely unaware of the Gospel or the name of Christ, and they have been cut off from external influences for generations. 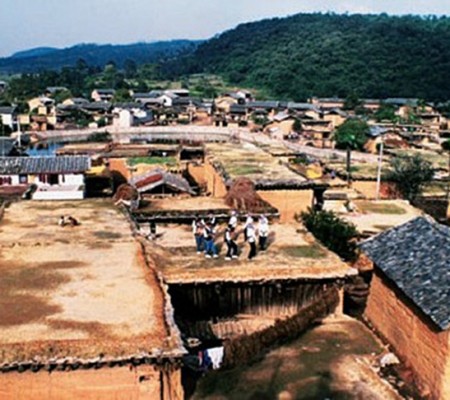 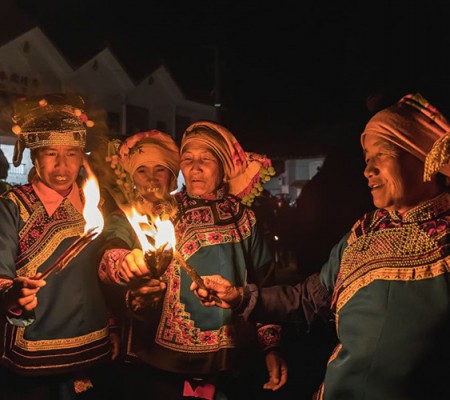 Plan your Honghe Ethnic Villages Tour to Honghe? Visit Taowa Village of Xunjiansi Town in Mile City, Honghe which is one of the most fascinating ethnic villages in Honghe....