Dai is one of 55 ethnic minorities officially listed in China. They live mainly in southwest China and have their own unique customs and language. Dai minority regards peacock and elephant as mascot, folk story of Dai is rich and colorful. Dai people like to live by water, love cleanly, bathe frequently, women love to wash hair, so Dai is known as “ethnic minority of water”. In the past, Dai people generally believed in southern Buddhism and primitive religions.

The ancestors of the present Dai minority first appeared as a political group in the Qin and Han dynasties, about 221 BC and AD 220. The first Dai prefecture was founded by emperor Wu in 109 BC during the western Han dynasty. This special region was located in southwest China, corresponding to the three provinces of Yunnan, Guizhou and Sichuan. It provided a good climate for agriculture and encouraged the Dai people to develop new techniques, such as ploughing the land with oxen.

Dai ethnic minority is distributed in China, India, Vietnam, Cambodia and other countries. They live mainly in Xishuangbanna Dai Autonomous Prefecture, Dehong Dai and Jingpo Autonomous Prefecture, as well as Gengma County and Menglian County in Yunnan province. The rest are scattered in more than 30 counties like Jingdong, Jinggu, Lancang, Xinping, Yuanjiang and Jinping.

Like most people in southern China, the Dai people prefer rice as their staple food. They eat many kind of meat, including fish, chicken, duck, pork and beef, but they eat little or no mutton. Dai cuisine is spicy and sour flavors, such as pickled meat, fish, peas and bamboo shoots. Dai people are also famous for their roast chicken, which is cooked over a small heat until it becomes moist and goluptious. Dai people live mainly in moist and warm areas where the climate is conducive to the survival of large insects, which are also a favorite snack of the Dai people. They can be fried or roasted with spices. Dai people’s favorite drinks include homemade semi-fermented wine and large-leaf unscented tea.

Stilt style architecture is the feature of Dai house. Traditional Dai houses are square to rectangular and have two floors. The upper story serves as a living space for the family, while the lower story serves as a shelter for livestock and food storage. The family area usually has a room for eating, a room for work, reception area, bedrooms and a laundry balcony. The biggest advantage of this kind of house structure is to protect from flooding. As the Dai people live in a very humid climate, their homes are vulnerable to high water conditions, and living spaces on the ground floor can be uncomfortable and even dangerous. In addition, living on the second story, dampness and chill from the ground, insect invasion and other problems are easy to avoid.

The historical Dai costume is made up of a short, narrow-sleeved dress worn with a sarong. Modern clothing has a wider range of styles, but there are some commonalities. Women’s underclothes are mostly in light colors like blue, spring green, pink or white. Many women wear a short-waisted shirt that exposes a portion of the lower back over these garments. The collar of a shirt is usually jewel-like. These are worn with a calf to floor-length narrow skirt and a bun hairstyle secured with a comb. The clothing of Dai male includes some similarities to female’s, such as the tight-sleeved and collarless jackets. These are worn with long, loose trousers. Headgear includes white, black and blue turbans.

Dai culture includes many songs and dances, among which the most popular are drum dance, peacock dance and lion dance. Among the various dances of the Dai minority, peacock dance is one of the dances that people love most and are most familiar with. The peacock dance is performed every year during buddhist festivals and welcoming the New Year. There are also some dances reflecting the production, life and customs, including hat dance, fan dance, garland dance, lotus dance, etc. They show some aspects of the daily life of Dai people through dance movements, and has a strong flavor of life.

Most dances are accompanied by elephant foot drums, named for their shape. These drums were relatively long and made of hollow logs covered with the skins of sheep or pythons, then painted in bright colors and decorated with peacock feathers. The famous peacock dance is famous for its undulating arm and torso movements and steps that mimic the peacock’s behavior. These include walking, looking for water, looking around, bathing, drying the wings, spreading tail feathers, and flying away from the nest. These motions are usually interspersed with free-form dance movements determined by the performer. 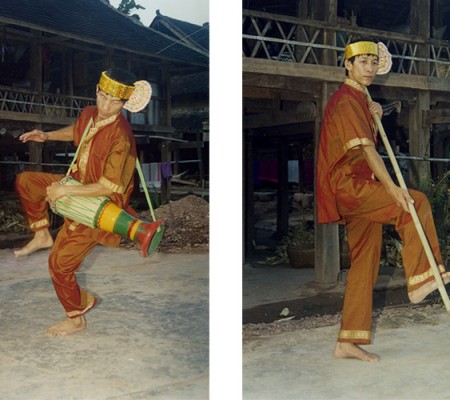 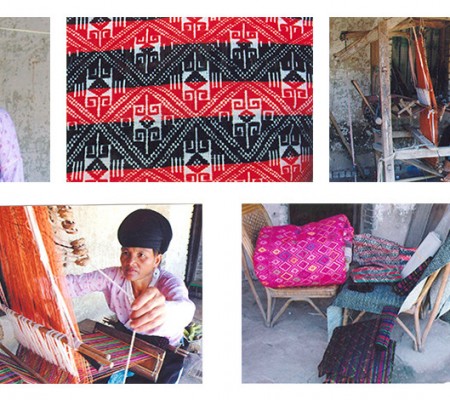