According to the records of pre-Qin documents and the scope of Xia, Shang and Zhou capitals, the ancient ancestors of the Han nationality were mainly active in the middle and lower reaches of the Yellow River from Longshan in the west to Taishan mountain in the east. Yangshao culture and Longshan culture, two types of neolithic culture, are mainly distributed in this area. These two civilizations are representatives of the Chinese civilization circle. The ancestors of the Han nationality, Yellow emperor and Yan emperor, fought for the chief of the tribal alliance in the central plains, so Battle of Banquan(阪泉之战) broke out. Yan emperor tribe was defeated and merged into Yellow emperor tribe, Yanhuang alliance took shape. Later, they defeated Chiyou in the battle of Zhuolu(涿鹿之战), and extended the alliance to the territory of Shandong today. Then, the Yan emperor tribe and the Yellow emperor tribe were taken as the main body, and formed a larger Huaxia tribe alliance with some Dongyi tribes in Shandong. The source of Huaxia nation was basically fixed.

The Xia, Shang and Zhou dynasties were founded one after another by the Huaxia nation in the middle and lower reaches of the Yellow River from 2100 BC to 770 BC. In 221 BC, the Qin dynasty unified China, and the Chinese nation went from separation to unification. The Han people in the pre-Qin period called themselves Huaxia, and “Han” appeared gradually from the Han dynasty. Therefore, the Chinese have another name: Han. However, the original appellation “Huaxia” did not disappear, but is still used today.

In ancient Chinese literature development, the development of poetry occupies a significant position, such as the Book of Songs, the Songs of Chu, Yuefu poem, Tang poetry, Song poem and the like. Qu Yuan, Li Po, Du Fu, Liu Yong, Su Shi, Lu You and Xin Qiji and other person’s name and works are recognized as a famous both in the history of Chinese literature and world literature. The creation of novels developed greatly during the Ming and Qing dynasties, the Romance of The Three Kingdoms, Journey to the West, Water Margin and The Scholars, as well as Fairy Ghost Vixen are well-known. In other aspects, such as prose, painting, calligraphy, arts and crafts, music, dance, drama, and folk art, there are many famous artists who have won amazing artistic achievements.

Paying attention to historiography is a prominent characteristic of Han cultural history. Since Sima Qian wrote the Historical Records, there have been biographical history books in various dynasties, and Twenty-Four Histories had been formed by the Qing dynasty. Annalistic style is represented by Spring and Autumn Annals, The Commentary of Zuo and History As A Mirror. A variety of other historical records and records of ancient history, miscellaneous history, local history, historical theory and other official and private writing, make China a country with the world’s most abundant ancient historical documents. Most of these are written by Han scholars.

In terms of ancient military theory, as early as the end of the Spring and Autumn period, there was a military masterpiece “The Art of War” come out. In the early western Han dynasty, 182 military strategy and tactics were sorted out. Seven Military Classics(武经七书), which had been required reading since the Song dynasty, concentrates the essence of ancient military writings.

Chinese belongs to the Sino-Tibetan family of languages and is their language. The language is divided into seven dialects namely Mandarin, Wu Dialect, Xiang Dialect, Gan Dialect, Min Dialect, Cantonese and Hakka. In different regions, the standard of Chinese varies. The Mandarin is the standard designated language on the Chinese mainland and Taiwan; while Cantonese is the prime dialect of Hong Kong. Chinese is written in two forms by the Han people- the traditional and simplified Chinese characters. The latter is derived from the former and is now widely and frequently used.

Tea drinking by the Han people is said to have begun in the era of Shennong, or at least 4,700 years ago. Until now, the Chinese Han compatriots still have the custom of tea ceremony. China is the hometown of tea, tea making and tea drinking have a history of thousands of years. Chinese tea art enjoys a high reputation in the world. As early as in the Tang dynasty, Chinese tea art was introduced into Japan, formed the Japanese tea ceremony.

There are many tea mountains and plantations mainly in Pu’er, Xishuangbanna, Lincang and Dali in Yunnan. Chinese tea acts as beverage, pastime, culture icon, and undoubtedly a way of enjoyment for thousands of years. Yunnan is the hometown of Pu’er Tea and Dianhong Black Tea. They were spread to the other parts of the world through trading routes of Silk Road and Ancient Tea & Horse Road. Today more and more people love the tea in Yunnan and start a Yunnan tea culture tour.

Confucianism, Taoism and Buddhism are the main religions for Han people. Many people also believe in Islam, Catholicism and Christianism due to the influence of western culture.

Religion has a great influence on many ethnic groups, and among the Han people, there is no the thought that the whole nation must believe in religion. The Han nationality has adopted an inclusive attitude towards various religions since ancient times. From the Han dynasty to modern times, a number of foreign religions, such as Buddhism, Mazdaism, Manichaeism, Catholicism and Christianism, were believed by some Han people. No matter what kind of foreign religion, its doctrine is not contradictory to the inherent destiny view and ancestor worship of the Han nationality, or some of doctrines are adapted to the inherent religious idea of the Han nationality, so that it can be spread. Although Taoism is a religion formed in the history of the Han nationality, not every member of the whole nation believes in it. Throughout Chinese history, especially in the history of the Han nationality, there was never a state religion, except for a few emperors who believed in a particular religion and thus enjoyed certain political privileges. Chinese traditionally give priority to ancestor faith, and have religious traditions and characteristics of the unity of Confucianism, Buddhism and Taoism, in the meantime, there are a variety of other religions. After the founding of the People’s Republic of China, official pursues atheism.

The staple food is rice and wheat. Rice is versatile and can be served in a variety of ways including porridge, rice cake, glutinous rice dumpling and rice noodles. Wheat is used in the production of steamed bread, noodles, steamed stuffed buns and wonton. Han people living in different regions of China have formed unique styles of cooking. The eight cuisines are the representative. Tea and alcohol are the traditional drinks. They like to entertain their honored guests with tea and alcoholic drinks. Being fastidious and good at cooking is a major dietary characteristic of the Han nationality. Different regions of the Han people have frying, roasting, cooking, steaming, baking and other cooking methods, after a long period of practice, formed different local flavors. The eight major cuisines of the Han nationality, including Guangdong cusine, Fujian cuisine, Anhui cuisine, Shangdong cuisine, Sichuan cuisine, Hunan cuisine, Zhejiang cuisine and Jiangsu cuisine, are well known both at home and abroad.

Due to the wide distribution area of Han nationality, their traditional housing has different styles according to different regions. House styles and materials of the Han people vary in different regions of China. Those built in North China are mostly made of bricks in the courtyard style. The quadrangle dwellings(Sihe Yuan) in Beijing is a representative. For houses in Northeast China, the style is almost the same as that in North China except for the walls. As Northeastern China is extremely cold, walls are built thicker and more solid than those of other places to retain warmth. However, in southern China, the Han people build their houses mainly of timber. The unique style of their buildings can be admired in the earthen buildings (Tulou) in Fujian and pavilions in Suzhou. All the houses of Han are suggested to be positioned in the north facing south to catch the maximum sunlight.

Festivals and Activities of Han People 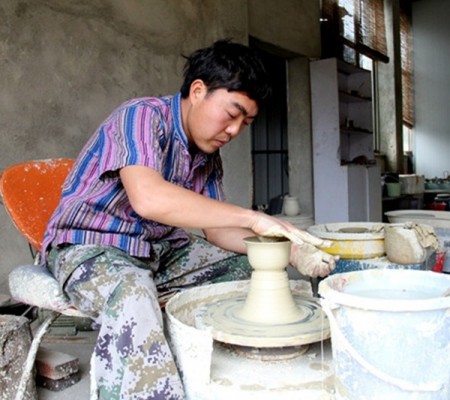 Xuanwei Ham-making Craft in Xuanwei City, Qujing(曲靖市宣威市宣威火腿制作技艺) is listed at the National Intangible Cultural Heritages. Xuanwei Ham ,got its name because it is produced in Xuanwei(宣威）city,  because the special flavor  ,it...