Manchu people in Yunnan are nearly 14,000 people, mainly distributed in Kunming, Dali, Baoshan, Simao, Qujing, Chuxiong and other prefectures and cities. The Manchu settlement in Yunnan began in the early Qing dynasty. In the 20th year of the reign of emperor Kangxi of the Qing dynasty (1681), 100,000 officers and soldiers of the Manchu and Han ethnic groups entered Kunming. Since then, the number of Manchu compatriots entering Yunnan increased by the day and settled in Kunming and other places. Ruan Street(如安街) in Kunming was once inhabited with Manchu people.

Manchu people originated from the “Su Shen(肃慎)” more than two thousand years ago, they were called “Wuji(勿吉)” or “Nvzhen(女真)” in Sui and Tang dynasties. Originally living in heilongjiang and Songhua river basin, the Qing dynasty was established after entering the pass in the late Ming dynasty, and the Manchu population gradually spread to the mainland. Part of the Manchu ethnic minority in Yunnan was moved to Yunnan by Wu Sangui in the early Qing dynasty. In the 12th year of Kangxi (1673 AD), Wu Sangui rebelled. Kangxi sent troops to suppress the rebellion. Most of the Manchus who came with Wu Sangui settled in Yunnan later. Other Manchu officials and soldiers sent by Kangxi to suppress Wu Sangui and Manchu officials sent by Qing court to Yunnan also settled in Yunnan. After the Manchus entered Yunnan, experiencing hundreds of years of development, their life customs, culture and art were gradually integrated with the Han nationality and local ethnic minorities. The Manchus who settled in Yunnan were no exception. They intermarried with the Han nationality, Bai ethnic minority and Yi ethnic minority to build their homes together. 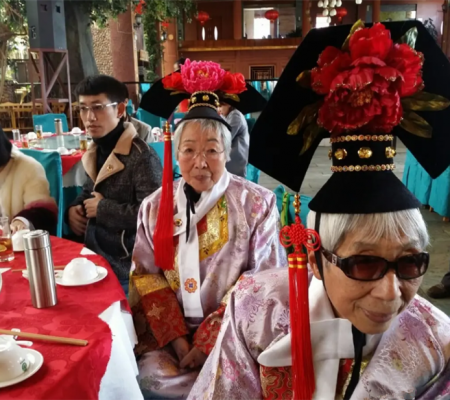