China inbound tourism maintained a steady growth in 2016. About 138 million inbound trips were made into China, a 3.5% rise over the same period of the previous year. Overnight visitors also showed an increase of 4.2% to 59.27 million. The corresponding income increased to USD 120 billion, an increase by 5.6% over the same period of 2015. Below is the specific statistics:

Asians make up the majority

Visitors from Asian countries in 2016 were about 67.5% of the total amount. Europeans and Americans were up to 17.3% and 10.7% respectively. The visitors from other countries can account for 4.5%.

Sightseers are the largest group, followed by businessmen

Majority of visitors are sightseers, making up 33% or 10.39 million of them. Business travel came second with about 5.98 million. 15% or 4.72 million were for work purposes. 0.94 million or 3% were mainly to visit friends and relatives.

Based on the achievement in 2016, it is estimated that the inbound tourism may show a rise of over 3.5% in 2017 with total inbound trips surpassing 143 million. International tourism income will increase to USD 126 billion, an increase of 5.0%, compared with 2016.

Beijing:
Beijing is one of the most popular cities among overseas tourists. In 2016, about 4.165 million inbound overnight travelers visited Beijing. Americans ranked the top for about ten years. The visitors from Canada showed the largest increase by 17.4%, reaching about 0.153 million. Those from France showed a drop by 13.8%, reaching about 0.132 million. 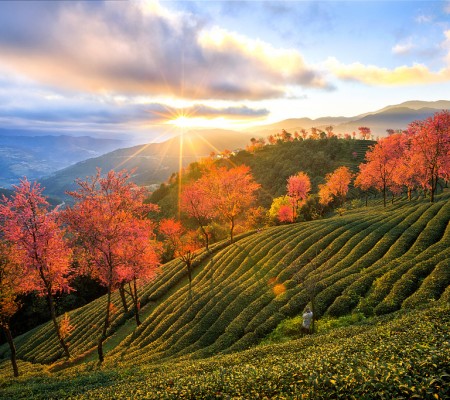 The news was updated on October 31, 2019.  There’s a chill in the air as the winter season fast approaches. If you haven’t crossed a trip off your wish...