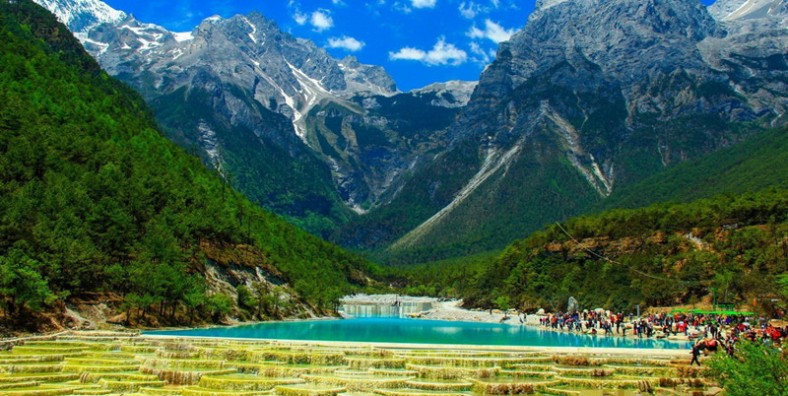 This tour focuses on famous attractions in Lijiang and Shangri-la, such as the Jade Dragon Snow Mountain, Stone Town, Tiger Leaping Gorge, Ganden Sumtseling Monastery, Pudacuo National Park…This could be a Lijiang...

This tour focuses on famous attractions in Lijiang and Shangri-la, such as the Jade Dragon Snow Mountain, Stone Town, Tiger Leaping Gorge, Ganden Sumtseling Monastery, Pudacuo National Park…This could be a Lijiang and Shangri-la classic tour, and moreover, it has been added some unconventional routes, such as pay a visit to Meili Snow Mountain and Tacheng Black Snub-Nosed Monkey National Park. These could be another highlights of this tour.

Take the flight to Lijiang, explore Lijiang Old Town. Lijiang Old Town has a history more than 800 years; it was listed as the World Cultural Heritage by the UNESCO 1997. Here you will see the wonderful wooden architecture of Naxi ethnic people. 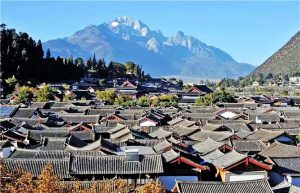 In the morning, drive about 30KM to Ganhaizi Meadow(3100M), you will take the sightseeing bus for a short visiting through the Baishuihe River, take the chairlift up to visit Jade Dragon Snow Mountain. The cableway will be arranged according to the condition of the mountain. You will hike around 1 hour in the original forest in Spruce Meadow(3200M).

After lunch, you will enjoy the Impression Lijang Ethnic Show directed in Ganhaizi Meadow(3100M). A cultural show demonstrating the traditions and lifestyles of the Naxi, Yi and Bai peoples of the area. The show takes place inside Jade Dragon Snow Mountain Park at 3500m in an outdoor theater specifically designed to showcase the mountain which is used as a backdrop. The production itself was designed by Zhang Yimou, Fan Yue and Wang Chaoge, a cast of over 500 people, and a number of horses.

In the afternoon, you’ll stroll through Baisha Old Town, which is an enchanting traditional Yunnan town. Visit the Baisha Mural about 600 years old, which is one part of the World Cultural Heritage by the UNESCO 1997. 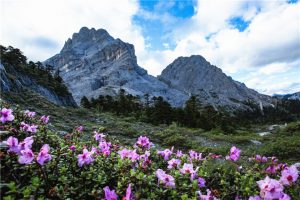 From Lijiang, you’ll drive about 60KM to the First Bend on the Yangtze River with imposing gorge scenery, and the Iron Chain Bridge in the Stone Drum town. The town of Stone Drum got its name from a large, cylindrical, marble tablet shaped like a drum. The scenery is magnificent as the road running through the Lijiang valley which is filled with wheat fields and drying haystacks.

Visit the Tiger Leaping Gorge, the deepest gorge in the world. With 34 rapids of the Yangtze River, it is called the Jinsha in this area because you can find gold in the river. Afternoon, you’ll head for Shangri La, the former Zhongdian which is well-known as the paradise destination for every tourist.

Upon arrival in Shangri La, you will have entered the Tibetan cultural area and a landscape of barley fields and yaks scattered in the valleys. Walk around Dukezong Ancient Town, an important town of the Ancient Tea-horse Trade Caravan from Yunnan to Tibet and India.

In the morning, visit the Ganden Sumtseling Monastery, the largest Tibetan monastery in Yunnan. Songzanlin Monastery has another alias – ‘the little Potala Palace ‘, so named because the whole monastery is in the traditional style with mysterious atmosphere.

And afterwards you’ll visit the tranquil Bita Lake & Shudu Lake in Pudacuo National Park. Pudacuo National Park is located in one of the most biologically-diverse regions of the world. While the region comprises only 0.7 percent of China’s land area, it contains more than 20 percent of the country’s plant species, about one-third of its mammal and bird species and almost 100 endangered species. Visit Tibetan Family. 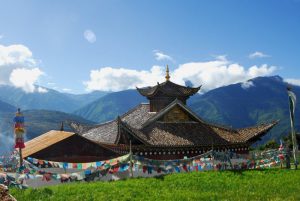 After traversing mountain ranges, you will make a short stop and have lunch at Benzilan town, take some shots on the first bend of Jinsha(Yangtze) River, Dongzhulin monastery and Baima (white horse) Snow Mountain. The view along the way is fantastic with different kinds of trees, streams down the valley, prayer flags and stupas, and Tibetan villages. 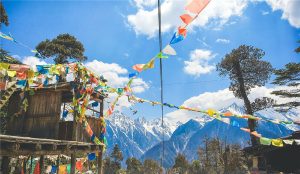 Early in the morning, you will enjoy the magnificent sunrise view of Meili Snow Mountain from Feilaisi, then drive to Mingyong Village. Hike from Mingyong village to Mingyong Glacier (2600m) which is the low altitude glacier of the lowest latitude in the world.

After lunch in Mingyong Village, you will trek down directly to the edge of Meikong River(2,050m/6,724ft). Walk along the Mekong Grand Canyon and arrive in Xidang Village(2,200m/7,216ft) where you can visit some scattered Tibetan houses in the village. Drive to along the Lancang-Mekong River to Cizhong Village in Yanmen Town, with some Tibatan villages en route, here you can see the different hoses from Shangri-la. Visit the Tibetan Catholic Church built by French missionaries in 1867, the church is used by Tibetan, Naxi and Lisu people. They still have the grapes planted by missionaries and old the traditional way of making wine. 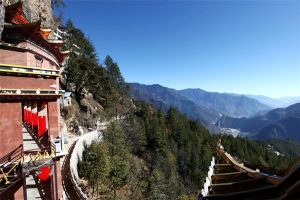 Drive further south along the Mekong gorge to Weideng Township, you will drive through these Lisu and Naxi ethnic towns with Badi Town, Yezhi Town, Baohe Town in Weixi Lisu Autonomous County of Diqing Tibetan Autonomous Prefecture, and finally arrive in Tacheng Town for one night stay. All of these towns are located at the bank of Lancang River with a wonderful view on the driving.

Enjoy the landscape of the Mekong with mountains, terraces, villages on the both sides of the valley, and we will make stops to visit Naxi and Lisu villages and a church en route, people here live in the traditional houses built with wooden walls and tile roofs. As the road construction work is going on here, we may need to wait sometimes.

Arrive in Tacheng Town in the late afternoon and pay a visit to Tacheng Black Snub-Nosed Monkey National Park of Weixi County. Overnight at the guesthouse in Tacheng Town.

In the morning, you will drive along the Yangtze River to Shigu Ancient Town. Visit the Stone Drum, the Iron Chain Bridge which is the relic of the Ancient Tea-horse Road from Yunnan to Tibet and India. On the mountain at the river’s bend stands Stone Drum (Shigu) Town. This ancient town is named after a drum-shaped marble plaque. Built during the Jiaqing era (1548-1561) of the Ming Dynasty, the stone drum is a monument commemorating the victory of Lijiang’s Naxi ruler over an invading Tibetan army. It is one point five meters (five feet) in diameter and zero point five meters (two feet) in thickness. The stone drum has an obvious vestige of what appears to be a “rip” in it. It is said that the stone drum would rupture prior to any war and then fold when peace returned.

Afterward, you will meet your driver and come back to Lijiang. Visit Lijiang Ancient Town and enjoy the night life.