Yunnan has a generally mild climate with pleasant and fair weather because of the province’s location on south-facing mountain slopes, receiving the influence of both the Pacific and Indian oceans, and although the growing period is long, the rugged terrain provides little arable land. Generally speaking, Yunnan enjoys a mild climate with pleasant weather but, due to its varied terrain, the weather is also diverse in different regions.

The average temperature, in the hottest month(July) is 19℃-22℃, in the coldest month(January) is 6℃-8℃. On the same day, it is cool in the morning and evening, but hot in noon, especially in winter and spring, daily temperature difference can reach 12℃-20℃. With long frost-free period in the whole province, the southern border is frostless all year, the frost-free period is 300-330 days in the south, 250 days in the central area, and even the relatively cold northwest Yunnan and northeast Yunnan can reach 210-220 days.

Yunnan with its complicated terrain has a varied climate. It is divided, from north to south, into three climatic zones — temperate, sub-tropical and tropical. Because of different climate distribution Yunnan from low to high terrain is also divided into over four regions- the low, hot river valleys ba zi (small upland plains), mountain areas, and frigid highlands. The climate zones and regions form a peculiar “three-dimensional” climate there.

Four Seasons of Yunnan and What to Pack

During Spring, the temperature is 7-21℃. It ranges from 7–21°C (45–70°F) in Kunming, and from 5–17°C (41–63°F) in Lijiang and Shangri-La. So it is still chilly in early spring but the temperature starts rising. You can go to Kunming to see the blooming flowers which is called “spring city” or go to Luoping to appreciate the fields of yellow rapeseed flowers. Spring is also a season for Dali and Lijiang for its warm sunshine and blooming flowers.

April is a golden period for Yunnan travel due to its comfortable temperature and less precipitation.

What to Pack: Umbrellas and sunscreen are needed to prevent the strong ultraviolet rays. Also remember to bring a thick coat, because it was still very cold at night.

Summer is the rainy season of Yunnan. There are many heavy rains and rainstorms. The precipitation in summer accounts for more than 60% of the year, so it is vulnerable to floods and waterlogging disasters. Compared with other cities in China, the summer in Yunnan is cool and a good place to escape the heat. The temperature difference is smaller that spring, but on rainy days, you can also have the feeling of winter. There is a local saying that it is winter when it rains. The temperature in summer of Yunnan is 23-25℃ (73-77℉).

During the early summer, it is also the best time to admire the highland scenery of Shangri-La. July and August are the peak season of Chinese summer travel.

What to Pack: When traveling to Yunnan in summer, remember to bring an umbrella, because summer is the rainy season, and you should pay attention to sun protection when going out. The ultraviolet rays here are very strong.

Autumn is another peak seasons for Yunnan travel due to its cool weather and less rain. The temperature ranges from 12–22°C (54–72°F). You can enjoy more sunny days in autumn and can appreciate the golden nature of Yunnan. You can go for hiking in Tiger Leaping Gorge and admire the golden scenery of Shangri-La. Or you can visit the red earth of Dongchuan, northeast of Kunming, and admire the colorful palette where different plants take on different shapes on the red earth.

Try to avoid the golden week of Chinese National Day(Oct.1-Oct.7), when there will be a large crowd in the tourist attractions and you can’t really enjoy yourself.

What to Pack: The temperature difference in the autumn is large, it is a bit cold in the morning and evening. When traveling to Yunnan in autumn, remember to bring a jacket and sweater. Umbrellas and sunscreen are needed to prevent the strong ultraviolet rays.

There is no severe cold in winter with abundant sunshine, sunny days and less rain. The temperatures between the day and night differ greatly. It is warm during the day and it is cold at night. It’s more colder in the northwest of Yunnan such as Lijiang and Shang-La and warmer in the south and southwest such as Tengchong and Xishuangbanna. While winter in Yunnan is not freezing and there is much less rain. It’s a great time to enjoy the sunshine of Yunnan.

Try to avoid the holiday of Chinese New Year(in late January or early February), when there will be a large crowd in the tourist attractions and you can’t really enjoy yourself.

What to Pack: Winter is dry and there is no heating, so visitors who are afraid of cold should remember to bring down jackets to keep warm. Don’t forget to bring moisturizer, otherwise the skin will be chapped.

Yunnan Weather and Climate by Month

If you had to pick a single province in all China that would expose you to the greatest variations in topography and climate, it would have to be Yunnan Province. There is an old and accurate saying here that “You can enjoy all four seasons on the same mountain, where each of these four season is only a few miles distant from the others.

So, the best time to visit Yunnan Province depends clearly on the region you like to visit. Yunnan is a very diverse province with the Himalayas in the north and subtropics in the south. Thus, there are also specific times of the year when it’s best to visit certain destinations.

Generally speaking, the weather in most areas of Yunnan is mild in winter and cool in summer. If you like, It is suitable to visit Yunnan all the year round. Attractions, such as, Stone Forest, Dali Ancient Town, Lijiang Ancient Town, Cangshan Mountain, Erhai Lake, Jianshui Ancient Town…are available throughout the year. Besides, in order to escape the heat in summer, Lugu Lake and Fuxian Lake are recommended then.

Spring festival and national day festival are the most crowded time to travel. During these holidays, there will be a large crowd in the tourist attractions and you can’t really enjoy yourself. Flights and hotels can cost three times as much than usual, and it’s hard to get tickets during the Spring Festival.

Weather for Major Cities in Yunnan 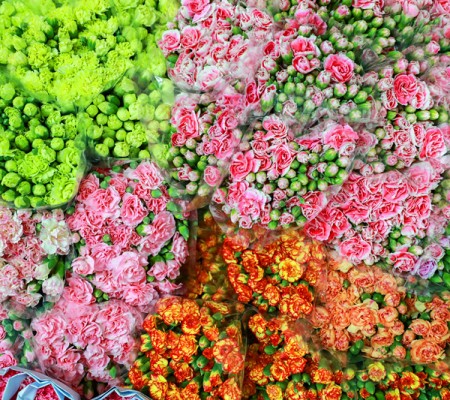 Let there be flowers everywhere

The news was updated on October 9, 2019.  Yunnan, sitting on the southwest border of China, is well-known for its mild and pleasant climate across the whole province. Long...

Jade Dragon Snow Mountain Weather and Climate in May