Lijiang Old Town was built during the late Southern Song Dynasty (1127-1279), making it enjoy 800 years history. There are about 4,200 original families living in the old town today. Dozens of minorities inhabit in Lijiang Old Town with Naxi Group as the major population. As a result of the combination of the multinational culture and the progress of Naxi ethnic minority, Lijiang Old Town display its charm with unique festivals and brilliant culture. Go through a list of the festivals.

Sanduo Festival is the one of the grand festivals Naxi people spend in Lijiang. It’s celebrated on lunar Feb 8th each year and has been a traditional and legal holiday for Lijiang. During the day many Naxi people from all around came to visit Beiyuemiao Shrine, offering sacrifice to Sanduo God, Lijiang Municipality will set three days off as public holiday.

Torch festival is a grand traditional festival of southwest China, it falls on 24th in lunar June and continues over three days. There is a special custom that people would burn the “five-color thread” in Lijiang. It symbolizes a good luck for themselves, families and relatives in the future.

The Bangbang festival (also called Lantern Festival) is one of the grand festivals for Naxi people in Lijiang. It's celebrated on Jan.15 Chinese Lunar Calendar. The festival is a market place of Naxi minority to buy wood made pieces, flowers, hand made works with bamboo, food, clothes etc. People dress in their traditional custom. The market last for one week.

July Festival is another important festival of Naxi people. It occurs each middle July according to lunar calendar and mainly involves trading of horse or cows. Thus, it is nicknamed as Horse Trade Festival. During this 10-day-long festival, naxi people will bring their live stocks, herbs and various specialties and throng into Lijiang ancient town. It is a very good opportunity to have a glimpse of local people’s life.

Naxi ancient music is regarded as soul of Lijiang, and known as ‘living fossil of music’. The Naxi ancient music has 3 features, that is: the piece of music is ancient, the music instrument artists play is ancient, the artists play on the stage are old. Most of music lyrics originate from poetry of Tang Dynasty (618AD-907AD) or Song Dynasty (960AD—1279AD). And the music pieces combine the original charm of ancient music and popular tune of Lijiang, which you can appreciate strong Naxi style.

The Bar Street links to Square Market in one direction and leads to the Giant Water Wheels in another direction. At night, it becomes the most bustling place in the Old Town. A large number of bars decorated in different styles are famous highlight of Lijiang Old Town. In the daytime, the flowing water, shoal of fish, willow trees, ancient street and leisurely passerby form a tranquil and peaceful scene. When the evening closes in, many travelers from around the world get together here, communicating their romantic experience or just involving themselves in the fascinating night scenery. The blurred lights, red lantern, boiling music and crowded people may make your blood boil. Different from the reinforced buildings in the cities, most of the bars in Lijiang Old Town are two-storied wooden constructions, which add more charm. 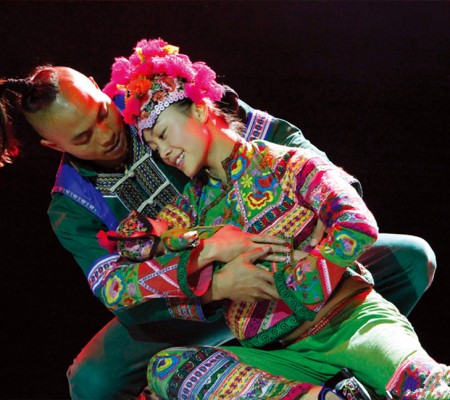 Basic Information: Echoes of Shangri-La or The Sound of Yunnan Show(云南的响声) is designed and directed by Yang Liping, the show is about all kinds of sounds that performed by...

Top Things You Must Do in Lijiang During Your Yunnan Tour

Top Things You Must Do in Lijiang During Your Yunnan Tour...

Lijiang Helicopter Tour is supported by Baisha airport which is available for aviation forest protection and also flightseeing tours. Baisha airport is praised as the “beautiful pyramidal silver beacon”... 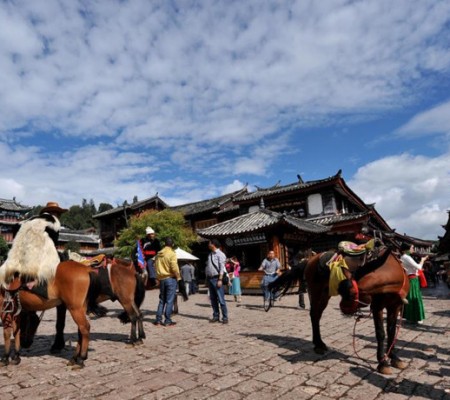 Drinking in the Bar Street in Lijiang Old Town

Drinking in the Bar Street in Lijiang Old Town...