Lijiang has a history of at least 800 years and may date as far back as the Song Dynasty. It is located in the northwestern portion of Yunnan and borders Sichuan. Lijiang is one of the most famous tourist destinations in Yunnan Travel. Lijiang is considered as a fairyland blessed with fresh air, clear streams, breathtaking Jade Dragon Snow Mountain and an undisturbed landscape inhabited by Naxi Ethnic Minority. Lijiang Overview introduces the basic information for you to have a better Lijiang Tour.

Lijiang City is located in the northwestern portion of Yunnan and borders Sichuan. It is in a region where the Qinghai-Tibet Plateau and Yunnan-Guizhou Plateau converge. The terrain of Lijiang City is high in the northwest and low in the southeast. The highest peak of Jade Dragon Snow Mountain is 5,596 meters above sea level. The lowest point is the Tangba river mouth of Shilongba Township, Huaping County, with an altitude of 1,015 meters. To the west of the Jade Dragon Snow Mountain is the mountain range of the mountain gorge in the Hengduan Mountains. The mountains and valleys are deep and steep. The east of Jade Dragon Snow Mountain belongs to the mountain plateau with the higher elevation. On both sides of the main mountain range, there are also extensively developed east-west valleys, forming intricate plots of landforms and landscapes. There are 111 large and small dams scattered between the mountains, with the altitude of about 2000 meters. Of which Lijiang Dam is the largest, with an area of ​​about 200 square kilometers, with an average elevation of 2,466 meters.

With an altitude of 2,400 meters above sea level, Lijiang Climate belongs to the highland climate with distinct dry and rainy seasons. The average annual temperature is 12.6℃ without drastic changes. It has three different climatic zones, ranging from subtropical in the southeast, warm temperatures in the central Lijiang, and cold temperatures in the northwest. What's more, vertical climate in some highlands can also be seen in Lijiang. Without too much change from spring to winter, the weather of Lijiang allows visitors to get there at any time. As the one of the important destinations in the classical Yunnan Travel, Lijiang is a place that is suitable to visit all year around.

Lijiang is a place that is suitable to visit at any time. What's more, The best time to visit Lijiang  is summer and autumn, which are the most favorable seasons. The temperatures in spring and winter differ greatly.

As of 2015, Lijiang City has jurisdiction over 1 district, 4 counties, including 4 subdistricts, 13 towns, 28 townships and 18 ethnic townships. The government is located at Dayan Town, Gucheng District.

The famous ancient Lijiang City has a history of 800 or 900 years. As early as the South Song Dynasty (1127—1279AD), the city had already begun to take shape. From the Ming Dynasty (1368-1644), Lijiang was called “Dayan County”, literally meaning ‘ink stone’This is because the city is situated in the middle of the Ljiang Dam and surrounded by green mountains and a river running through the forest, evoking a green ink stone, from which Lijiang itself was then named. Since the Qing Dynasty (1644-1911), it has been the distribution center and a confluence for trade along the old tea-horse road. In 1997 Lijiang was listed as one of the UNESCO Heritage Sites.

More about History of Lijiang

As the  one of the important destinations in the classical Yunnan Travel and a multi-ethnic place, Lijiang is the base camp of 22 ethnic minorities. In addition to the Han people, Naxi and  Yi minorities are the main ethnic groups in Lijiang. Lijiang Ethnic Culture is very colorful. When you come to the mysterious Lijiang, it is easy to find Naxi architecture everywhere and listen to the Naxi language said by Naxi people and feel the Dongba culture. Each ethnic minority there has its own unique customs, traditions and architectural styles, making Lijiang picturesque place. You will have the chance to experience the life of Naxi people, learn about their lifestyle, religion and cuisine. The unique scenery, coupled with fascinating Lijiang Ethnic Culture makes it attractive and charming. Come to Lijiang and take a Lijiang Cultural Tour.

Lijiang Transportation, to some extent, is strongly linked to Lijiang Tours. As a famous tourist attraction in China, Lijiang has the best transport network compared with other sightseeing places in China. At present, the main transportation methods in Lijiang are consisted of airplane, trains, buses and so on. Lijiang has an extensive public transport system, largely based on buses, taxis. Therefore, it is very convenient to get to Lijiang by air, train, long-distance bus.

When you come to Lijiang, do not worry what to do in Lijiang. Lijiang Attractions are abundant and are full of all kinds, including natural sceneries, human sceneries and villages where you can experience the rich ethnic culture. As the capital of Naxi Kingdom, Lijiang is one of important UNESCO Heritage Sites. The beautifully preserved Lijiang Ancient Town is abundant in natural and cultural resources. Lijiang is a paradise for the natural attractions, such as the grand Jade Dragon Snow Mountain, wonderful Tiger Leaping Gorge, mysterious Lugu Lake. There are a number of places of historical interest and natural scenic spots in Lijiang for your exploration. Come to Lijiang and take a unique Lijiang Tour for your Yunnan Travel.

Lijiang, a place with long history, is always a heaven for many people all over the world. Lijiang is also a perfect destination for people who want to seek for antiquity, explore the fascinating natural sceneries. When you come to Lijiang, the top attractions in Lijiang are must-visit. Lijiang, known as a land of wonders, both natural and man-made, will make you forget to leave.

Lijiang has a wide variety of plant resources and has become one of the famous plant protection bases in China. It is one of the key forest areas in Yunnan Province. In 2015, the city's forestry land area was 1.63 million hectares, accounting for 79.36% of the land area, and the forest coverage rate was 66.15%. The wood stock volume is 105 million cubic meters. There are more than 13,000 kinds of plants in the territory, and there are as many as 2,988 seed plants. The tropical, temperate and frigid plants are distributed here. There are many species of rare and precious plants, such as Yunnan hemlock, Chinese yew.

There are 83 species of mammals, accounting for 30% of the number of mammals in Yunnan. There are more than 290 species of birds, accounting for 37.6% of the number of birds in Yunnan. There are rare and endangered animals with national key protection, such as Yunnan snub-nosed monkey, clouded leopard, snow leopard, macaque and lesser panda. There are plenty of precious butterfly resources. Chenghai Lake has 29 species of fish, belonging to 9 families and 12 genera, and 17 species of indigenous fish. The annual fishery output is 2,200 tons. Chenghai Lake is one of the three lakes in the world that are rich in natural spirulina.

Lijiang City has a unique geotectonic location and a variety of metallogenic geological conditions, forming a rich and diverse mineral resources, mineral resources with regional characteristics. The city has found more than 30 kinds of minerals, more than 350 mineral producing areas, 1 natural gas producing area and dozens of geothermal producing areas. Coal reserves and quality are the crown of West Yunnan, and copper, granite and other mines have high mining value.

The Liyuan Dam(梨园电站) is a concrete-face rock-fill dam on the Jinsha River on the border of Yulong County and Shangri-La County, Yunnan Province, China. The dam has an associated hydroelectric power station with a 2,400 MW power station containing 4 x 600...

1996 Lijiang earthquake occurred at 19:14 on 3 February near Lijiang City, Yunnan in southwestern China. The shock measured 6.6 on the moment magnitude scale and had a maximum Mercalli intensity of X (Extreme). Earthquake According to authorities,...

People and Population in Lijiang 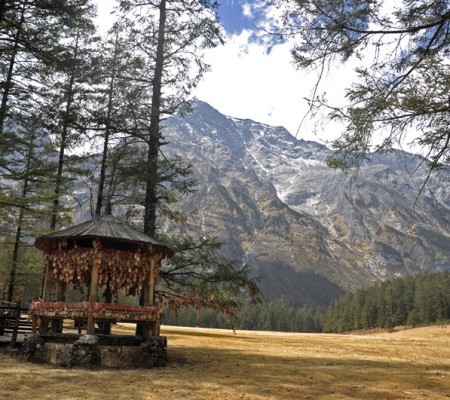 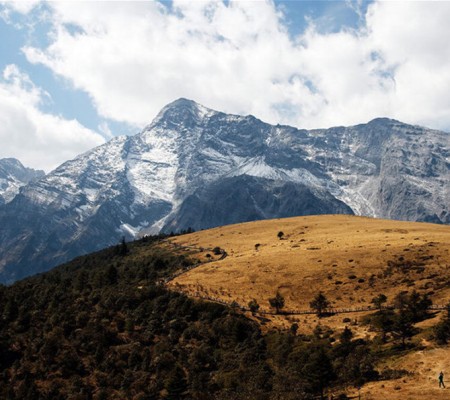 History of Yulong County in Lijiang

Culture of Yulong County in Lijiang

Culture of Yulong County in Lijiang...