The Pearl River in Guangzhou has a length of more than 2,000 kilometers and is the third longest river in China. It is composed of four separate river systems: the Xi River (originating from the Yunnan-Guizhou Plateau), the Liuxi River (originating from Conghua City in Guangdong Province), the Bei River, and the Dong River (both originating from Jiangxi Province). These four rivers join up in Guangzhou, flow for about 70 kilometers, and then pour into the South China Sea. The section flowing through Guangzhou City is the ‘Pearl River’ that most people are familiar with. In ancient times, it was called ‘The Pearl Sea’ for its 2,000 meters-wide (about 2,187 yards) channel. Later, the channel gradually shrunk, and now it is only 180 meters wide (about 197 yards). Its name is said to derive from a huge boulder in the river bed. This rock, with the name of ‘Sea Pearl’, is so round and smooth that it looks like a large, shining pearl.

The Pearl River consists of three main tributaries, the Xi River, the Bei River and the Dong River, among them, Xi river, the longest one is commonly known as the main trunk of the Pearl River. The Pearl River is a great river in the south of China, flowing through Yunnan, Guizhou, Guangxi, Guangdong, Hunan, Jiangxi and the northeast of the Socialist Republic of Vietnam. The river system covers an area of 453,690 square kilometers, including 442,100 square kilometers in China.

The main trunk of the Pearl River, the Xi River, originates from the Maxiong Mountain(马雄山) in the Wumeng Mountains(乌蒙山) in Zhanyi District, Yunnan Province, flowing through four provinces, Yunnan, Guizhou, Guangxi, and Guangdong. It flows into the South China Sea at Modaomen(磨刀门) of Guangdong and has a total length of 2320 kilometers. The Xi River System accounts for 77.8% of the whole Pearl River System, about 350,000 square kilometers. The upper reach, from the source to Shilong Town(石龙镇) in Guangxi, is 1574 kilometers long(including Nanpan River(南盘江) of 915 kilometers long, Hongshui River(红水河) of 659 kilometers long); The upper and middle reaches of the Xi River are in Yunnan, part of Guizhou and most of Guangxi, all of which are ethnic areas, accounting for about 329,000 square kilometers, 74.9% of the total area of the Pearl River System.

In the Pearl River System, the summer monsoon lands early, coupled with typhoon rain in Autumn, the rain period is very long and the flood season may reach more than half a year(April-October). The rainfall is few in Winter. Under the influence of torrential rain, the flood of the main stream of the Xi River mostly occurred in June-August.

3. Dong River originates from Xunwu County(寻乌县), Jiangxi Province. The river section before Shilong Town is 520 kilometers long and covers an area of 27,040 square kilometers, accounting for 5.96% of the area of the Pearl River System. The main tributaries are Xinfeng River(新丰江), Xizhi River(西枝江) and so on.

4. With an area of 26,820 Square Kilometers, Pearl river delta is full of rivers and water channels. The main rivers flowing into the Pearl River Delta include Liuxi River(流溪河), Tan River(潭江), Shenzhen River(深圳河) and so on.

The Pearl River is one of the seven major rivers in China. The rivers in the basin are abundant in water, stable in river channels, and have good shipping conditions. There are 1088 navigable channels and 14,156 kilometers of navigable mileage, which accounts for 13% of the national navigable mileage. The annual cargo volume is second only to that of the Yangtze River. 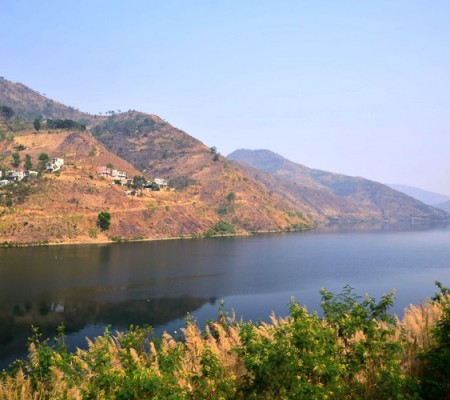