Baoshan is situated in the southwest of Yunnan Province, bordered by Burma in the south and northwest. It neighbors Nujiang Lisu Autonomous Prefecture in the northeast and Lincang Region in the east, crossing 98 43 '~ 99 26' east longitude, 24 46 '~ 25 38' north latitude. The Nujiang (Salween River) flows through the entire length of the prefecture, north to south. It is nearly 500 kilometers (310 miles) from Kunming, the capital city of Yunnan Province.

Baoshan climate is warm and temperate. In Baoshan, the summers are hot, oppressive, wet, and mostly cloudy; the winters are very cold and partly cloudy; and it is windy year round. The average temperature in Baoshan is 16.2 °C. In a year, the average rainfall is 999 mm.

It is suitable for traveling Baoshan all the year round. In every March and May, Baoshan is covered with spring flowers, green flowers and beautiful scenery. From August to December, the autumn in Baoshan comes with cool weather, which is very suitable for travelling. Especially from mid-November to early December, it is the best choice to visit ginkgo village in Tengchong.

Baoshan was called Yongchang in ancient times. Historically, it was the first residence for human settlers in western Yunnan. During the middle period of the Warring States Period (476BC-221BC), it was the center of ancient Ailao Kingdom. As the Ailao Kingdom turned to decline, Yongchang Shire, the origin of Baoshan City was established in the year of 69 of the Eastern Han Dynasty (25-220) as the second largest shire in the country. It was during the Tang (618-907) and Song (960-1279) dynasties that it successively belonged to two ethnic regimes, Nanzhao State and Dali State. The name of Baoshan was first used in 1524.

People and Population in Baoshan

The area was called Yongchang in ancient times. Historically, it was the first residence for human settlers in western Yunnan. During the middle period of the Warring States Period...

Baoshan boasts a profound history. The Tangzigou Culture, with history of 7 to 8 thousand years, is considered one of the headstreams of Chinese culture. In addition, Baoshan is...

Early history Tengchong is one of the earliest developed regions in Southwest China. During the Western Han dynasty (206 BC – AD 24), it belonged to Yizhoujun Prefecture. In...

As the Tengchong is “very edge of the first city” of the special geographical location makes it the edge of the impact of the Central Plains culture area, and... 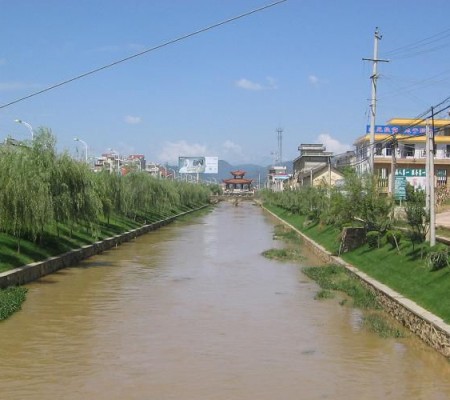 Longyang(隆阳) was used to be called Yongchang(永昌) which means“For a long moment, prosperous prosperity”, it was also known as LanCheng(兰城). Longyang is one of the earlier developing areas in...

National Customs(民族风情) Baoshan City Bai Nationality(保山白族) Baoshan city Bai was divided into two, one is the same as the Dali, Yunnan Bai, the other has its own characteristics. It...