Honghe is located in the southeast of Yunnan, nearly 265 kilometers from Kunming, the capital city of Yunnan province. It is connected with Kunming in the north, Wenshan in the east, Yuxi in the west, Socialist Republic of Vietnam in the south and the tropic of cancer runs through east-west.

Located in the southeast of Yunnan Provice, Honghe prefecture borders Vietnam. The boundary line is 848 kilometers. It is high in the northwest and low in southeast. Its terrain is divided into mountains, karst plateau, basins and river valleys four parts. The highest point of Honghe prefecture is the Xilong Mountain(西隆山) in the southwest of Jinping county, 3074.3 meters above the sea level; Lowest point is in the junction of Honghe River and Nanxi River in Hekou county, 76.4 meters above the sea level(it is also the lowest point of Yunnan). Rivers in Honghe belong to Pearl River and Honghe River basins. Drainage area of Pearl River is 12837.2 square kilometers, accounting for 39.9%; Honghe River is 19343.8 square kilometers, taking up 60.1%.

Honghe Prefecture lies in subtropical plateau monsoon climate area with a low latitude. In the Prefecture, the four seasons are not very clear, but the difference between dry and rainy season is notable. The rainfall in rainy season from May to October each year accounts for more than 80% of annual rainfall. The period of heavy rainfall intensity is from June to August and the rainfall varies from time and space. Rainy season has the characteristics of heavy rainfall intensity and long duration. Temperature varies greatly between day and night, but slightly during the whole year.

Without summer heat and winter chilliness, Honghe prefecture is rice in sunshine and rainfall. The southern part is wetter and warmer than the north. The temperature difference between day and night is large, but not large all year. In order to avoid the summer when rain and heat are during same period, the best time to visit Honghe prefecture is March to May and September to November.

Yuanyang is one of the Hani minority regions of Yunnan. It is a paradise for photographers.

Jianshui, with a long history of more than 1200 years, was called Lin'an in the ancient time, it used to be a very important trading city.

Gejiu City is the capital of Tin. There is the Grand Mosque of Shadian, which is the largest mosque in southeast China.

Luxi County is famous for the Alu Ancient Caves, which is a few kilometers from the north of Zhongshu Town.

Ethnic groups in Honghe include Han, Yi, Hani, Miao, Zhuang, Dai, Yao, Hui, Lahu, Bai and other minorities. Yi and Hani are two main ethnic minority groups, accounting for more than 40% of total population. There are quite a few ethnic activities like Huadeng dance of Yi ethnic minority, Long Street Banquet of Hani ethnic people, Lion dance (Tiaoshizi) festival of Miao ethnic minority, Manggu dance and Lezuo dance of Hani people etc, by which you can know something about minority residential, food culture and dress culture.

As early as the Han dynasty (206BC-220AD), the central government established shires to govern the region, which was the beginning of the central government's sphere of influence in the region. On November 18, 1957, Honghe Hani and Yi autonomous prefecture was established, made up of the Mengzi Special Zone and the former Honghe Hani autonomous region.

Honghe is the fourth largest economy in Yunnan province, ranking first among the 30 Ethnic Minority autonomous prefectures in terms of economic aggregate and some socio-economic indicators.

Honghe prefecture is located at the junction of three major metallogenic belts in east Yunnan province, southeast Yunnan province and west Yunnan province, featuring good ore-forming conditions and abundant mineral resources. Among all kinds of metal and non-metallic mineral deposits, tin, manganese as well as associated metal indium, bismuth and silver occupy an important position in the whole province and the whole country. Gejiu city is the concentration place of the main mineral resources in Honghe prefecture. The reserves of non-ferrous metals rank the first in the province and tin ranks the first in the country. Jianshui is the country's largest manganese production base; With a reserve of 4,044 tons, Mengzi is one of the largest silver mines in China. With a reserve of 800,000 tons, Jinping nickel mine is the fourth richest nickel mine in China. Jianshui titanium mine has a reserves of 1.25 million tons. Gejiu has become the world's largest tin smelting, tin material processing, tin chemical production center.Yunnan tin group has become a large-scale state-owned non-ferrous metal production enterprise integrating geological exploration, mining, ore dressing, smelting, tin chemical industry, arsenic chemical industry, tin processing, new non-ferrous metal materials, precious metal materials and so on.

In 2011, there were 7 nature reserves in Honghe prefecture (including 3 national nature reserves), which is rich in wildlife resources and can be called the "natural kingdom of animals and plants" and "biological gene pool of south Yunnan". There are 5667 species of wild seed plants in 1530 genera, 229 families, including gymnosperms of 17 genera, 29 species in 8 families and angiosperms of 5638 species in 1513 genera, 221 families.There are 82 species of wild plants under state’s key protection, including 23 first class national protected plants, such as cycads and camellia, and 59 second class national protected plants. There are 102 species of wildlife under state’s key protection, including 21 species under state first-class protection, like the Malay bear, the black-crowned gibbon, the leopard and the green peacock, and 81 species of wildlife under state second-class protection.There are 911 kinds of Chinese herbal medicine as well, including 770 kinds of plant medicine, 140 kinds of animal medicine and 1 kind of mineral medicine.

People and Population in Honghe 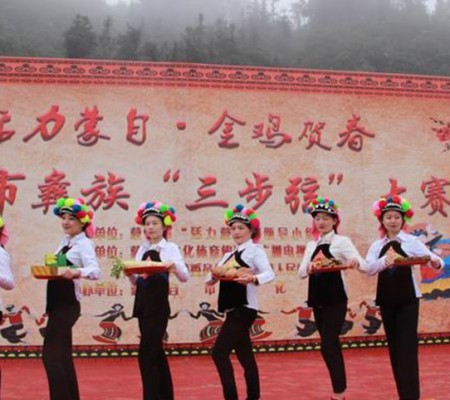 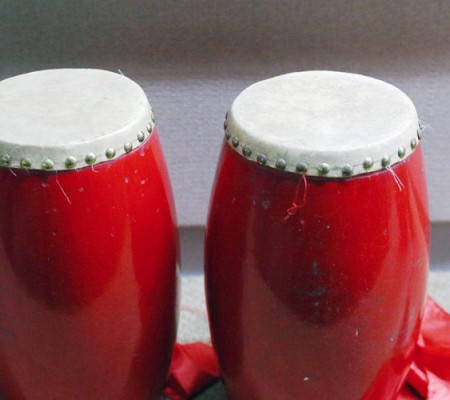 There are lots of ethnic minorities in Honghe Prefecture, you can dance and sing with local ethnic people, especially during the festival, tourists will be lucky enugh to...

Honghe Hani & Yi Autonomous Prefecture is one of many regions where the society, economy and culture have developed early in Yunnan province. The discovery of the fossils of...

Honghe County is located in the lower reaches of Yuanjiang, Red River, hence the name. An yizhou County in Western Han dynasty, Han yi Zhou of the genus yizhou...