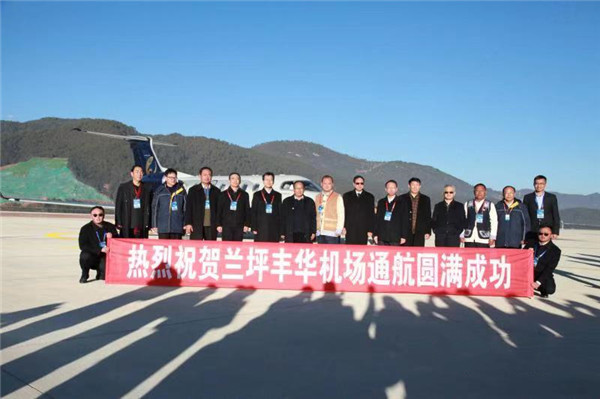 On the morning of December 30, two Feihong-300 aircrafts carrying 16 passengers were landed smoothly at Lanping Fenghua General Airport, marking the official opening of the first-class A general airport in Yunnan province. So far, the number of airports put into operation in Yunnan has increased to 16, and the people of the Lisu autonomous prefecture of Nujiang have realized the “flying dream” for thousands of years. 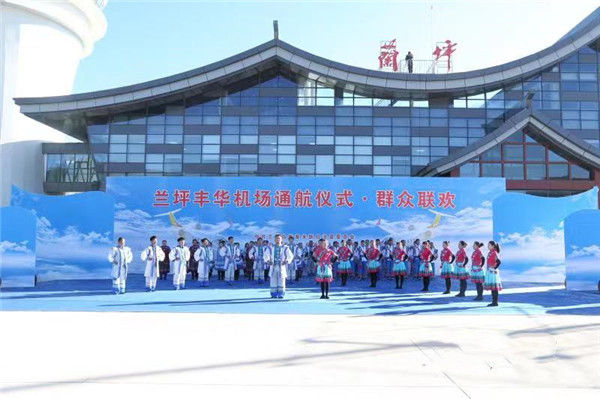 The reporter learned that Lanping Fenghua Airport is one of the first batch of 20 new first-class general airports in Yunnan province to accelerate the development plan of the general aviation industry. It is the first A1 class high plateau general airport built in Yunnan province and the first airport built in Nujiang prefecture. The airport is located in Tongdian town(通甸镇), Pumi and Bai autonomous county,(兰坪白族普米族自治县) 38 kilometers from the county seat.

After the airport is open to traffic, the first flight is operated by Colorful Yunnan General Aviation Co., LTD. (七彩云南通用航空公司) The “Feihong 300” aircraft was used for scheduled flights from Lanping to Kunming. The flight time was about 1.5 hours, and each class could take 8 passengers. In the future, Colorful Yunnan General Airlines(七彩云南通用航空公司) also plans to purchase a 30-seat ATR branch propeller aircraft suitable for operation in Yunnan’s High Plateau Airport to operate the Kunming-Lanping transportation route. Through ring, cross, and encrypted flights, more new branch lines and short-distance transportation routes would be opened in and around Yunnan Province to meet the market demand for short-distance transportation between first-class airports.

Under suitable weather conditions, Colorful Yunnan General Aviation Company(七彩云南通用航空公司) plans to operate one round trip flight every Tuesday, Thursday and Saturday from January to February 2020. One round-trip flight every day will be operated after March 2020. With more general airlines participating in operations, more aircraft types suitable for high altitude airports can be provided for flight, and the number of flights and short-haul transportation capacity of Lanping Fenghua Airport will gradually increase and promote.