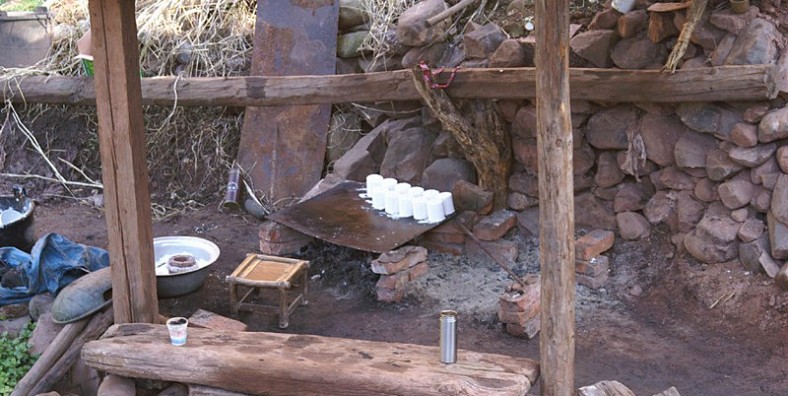 Nuodeng Salt Well is a representative salt well, enjoying a good reputation. In 109 B.C., Emperor Wudi of west Han Dynasty conquered Yunnan and set up Yizhou prefeture, including 24 counties, among them was Bisu County which is the area along along Bijiang River valley. “Bi” means salt in Bai Language, and “Su” means people producing salt. Nuodeng Salt Well has a history of over 2000 years since it was exploited in Han Dynasty. The Nuodeng Salt Well was a 21-meter deep well. People in ancient times got the brine by drawing salt water from the well by hand and then the brine was delivered to each family to boil. The fantastic Nuodeng Salt Well and Salt Museum can take you to view more about the booming salt industry.

Why is Nuodeng Salt so special?

It is the one of top five salt wells in China. As the important part of Salt Horse Road, it was prosperous in the ancient time, so you can visit many historic sites here and know more detail information in Salt Museum. 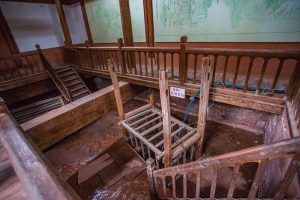 Nuodeng is an exquisite village of Bai ethnic group in Yunlong County, west of Dali Bai Autonomous Prefecture, Yunnan Province. According to historical materials, Nuodeng enjoys a history of more than 1,200 years. It is well-known for its natural salt and ham.

Built on a sharp mountain, villagers’ houses were connected layer by layer. Usually, the back door of a house in front is linked with the courtyard of the family behind. Most buildings are well preservation of the complexes featuring Qing Dynasty (1644-1911), and are called the “living fossils” of ancient buildings of Bai people.

Nuodeng used to be a tribe which was blooming because of salt. People here have been engaged in boiling salt, thus, it was a key economic trading town in the west of Yunnan Province. There is a salt well in the ancient village, around which salty water oozes all the year round. Grains of salts can be seen in the dry areas of the well. 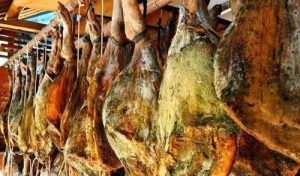 Nodang salt contains potassium, but no iodine. Nuodeng salt has a light taste and strong penetrability. Nuodeng salt can get into the food deeply. Therefore, the salt of ham can be preserved for a long time, and it is not too salty. With the Nuodeng salt, the deliciousNuodeng ham can be marinated, so the Nodang salt is hailed as the first delicious food by people in the mountains.

Nuodeng Ham is one of the three famous hams in Yunnan. Made with unique recipe, the ham tastes crispy and smells good.

A Bite of China”, a TV show that’s sparked a wave of food buying among gourmet-seeking gastronomes, eager to taste something new. In this documentary shot by CCTV there is a six-minute-long video about the Nuodeng Ham, which gains the ham considerable fame. The natural salt well makes the special flavor of Nuodeng Ham as a traditional regional specialty dishes. 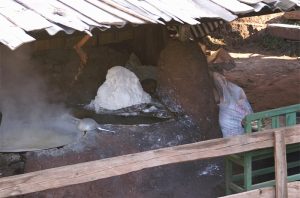 1.A lot of festivals and events of Bai nationality focused on March to April each year, travel at this time you will feel rich ethnic customs.

2.When the weather is fine in Nuodeng, the sunshine is heated, and ultraviolet light is strong. People should avoid direct sunlight, and the sun hat preparation is required during outdoor activities, a pair of sunglasses will make you comfortable in the trip.

4.If you get a chance, you can see the process of producing salt in Nuodeng.

One thought on “Nuodeng Salt Wells and Salt Museum in Yunlong County, Dali”