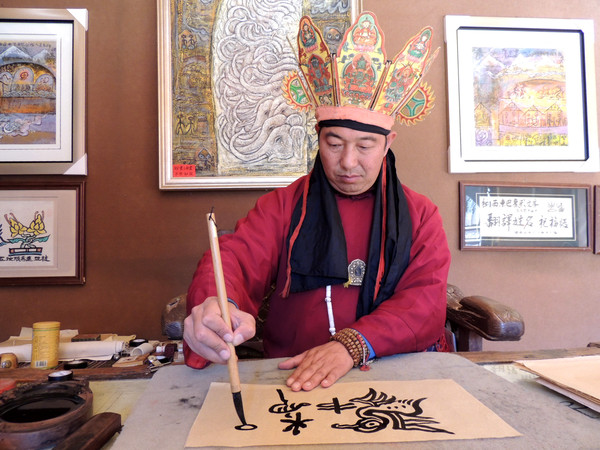 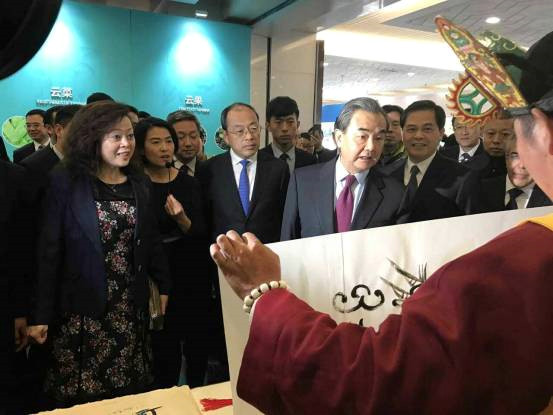 His family inherited Dongba culture generation to generation untilhis father, his father could not study the whole system of Dongba culturebecause of the Culture Revolution. One year later after He Zhengwen was born,Culture Revolution was stopped and later on the dark clouds of the CultureRevolution was totally drove away by the open policy. And his grandfather He Jigui,the most famous Donba during that time was invited to work as a Dongba cultureconsultant of the Dongba Culture Institute. For teaching all he knew andinspiring He Zhengwen to be a qualified Dongba, He Zhengwen was required tofollow by his grandfather.

Studying Dongba Scripture, Dongba Pictograph, DongbaPainting, Rituals, Worshipping ceremonies etc day by day, year by year with hisgrandfather, He Zhengwen grew up into a qualified senior Dongba and became one ofthe most representative intangible cultural inheritor in Lijiang. He wasinvited for Dongba promotion and culture exchanges in Mexico, Beijing, Shenzhenand other cities countries for many times.