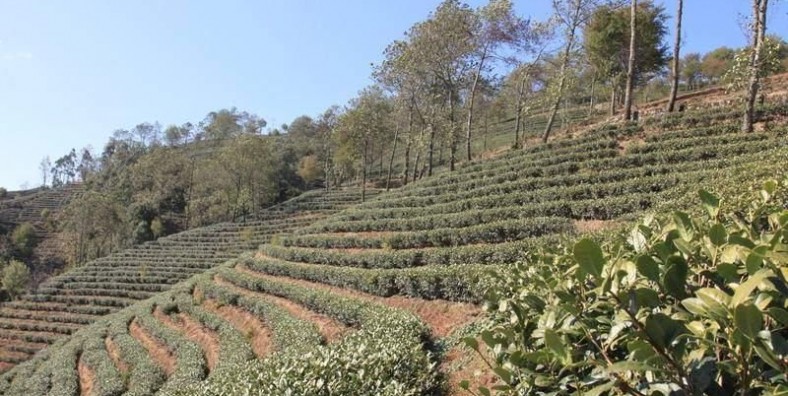 Wuliang Mountain is located in the western climate zone of China. It is mainly affected by the seasonal alternation of the southwestern monsoon of the Indian Ocean and the south branch of the westerly jet. Its climate is characterized by abundant sunshine, abundant heat, small annual temperature difference, large daily temperature difference, and abundant rainfall. The wet season and dry season are obvious, and the seasons are not divided. Anding Township, Manwan Town, Linjie Township and Jinping Town around Wuliang Mountain are the main tea-producing towns in Jingdong County. 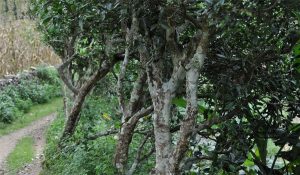 In Jingdong County, there are 13 tea towns (towns), 102 village committees, and 802 villager groups in the county. Among them, there are 32,744.79 mu that have covered the Ancient Tea Tree from 50 to 100 years. There are 4,394.13 mu over 100 years. According to legend, Wuliang Mountain planted tea trees began in the Three Kingdoms period. Tea species and cultivation techniques were taught by Zhu Geliang during his south expedition. Until the Nanzhao period in the Tang Dynasty, Wuliang Mountain was always the cultivation and utilization of tea trees by the Yi people. According to the local Yi people passed down from generation to generation, they have moved to Wuliang Mountain for 57 generations. Wuliang Ancient Tea Mountain has preserved many precious ancient tea tree resources to date.

List of Tea Plantations along Wuliang Mountain Ranges
Jingdong County(景东县)
Bangwai Ancient Tea Garden(景东县锦屏镇邦崴村古茶树)
Jingdong Tea
Jingdong County is located in the southwestern part of Yunnan Province, with a span of 23°56’~24°29′ north latitude. The Chuanhe River flows from the northwest of Anding border to the southeast and it goes through the county. With the Chuanhe River as the boundary, the west is the Wuliang Mountains, and the east is the Ailao Mountain. Jingdong has a long history of producing tea. In the Tang Dynasty, Fan Chuo’s “Man Shu” said that “Tea comes from Yingsheng City Jiezhu Mountain” Yinsheng refers to the officer of Nanzhao State at that time, and its rule was in Jingdong County. The ancient tea gardens, ancient tea trees and tea-horse roads in Jingdong fully explain that Jingdong is ancient. The tea gardens in Jingdong County are all in the two mountains of Wuliang Mountain and Ailao Mountain. The Jingdong County is between two mountains.
Nanjian County(南涧县)

In the early 1950s, many large tea trees with diameter of  morn than 30 cm and tree height of 3-5 meters were found everywhere in the Wuliang Mountain. For thousands of years, the Yi people protected and utilized the tea trees of Wuliang Mountain, and they continued to be planted and transformed, and to make the production of Wuliangshan tea continue to develop. In the Qing Dynasty, Wuliang Mountain Tea Garden covers an area of ​​more than 100,000 mu. Each year, it produces more than 3,000 tons of dried tea. It is processed locally and sent to Bohai and Yiwu to be processed into various kinds of Pu’er pressed tea, which are sold at home and abroad. At the end of the Qing Dynasty and the early Republic of China, due to the social unrest, poor sales, heavy taxes and other factors, the six major tea mountains in Jiangbei gradually declined. At the same time, the Wuliang Mountain tea area along the Lancang River Basin gradually became the center of Pu’er tea. Among them, the status of Pu’er Wuliang Tea Mountain is increasingly prominent. After the tea is produced into various types of pressed tea, it is sold to Tibet through Myanmar, India and other countries, or sold to South Indian Ocean through Myanmar and Thailand.

Jingdong Wuliang Mountain is the most suitable place for planting tea. The natural ecology of tea is the first. The Wuliang Mountain is located southward of the latitude, near the north of the Tropic of Cancer, and belongs to the south subtropical monsoon climate. The mountains are high and the valleys are deep, the peaks are stacked, the rivers are vertical and horizontal, the slopes are different, the altitude difference is very wide, the landform is complex, and the vertical change of the climate is transparant. The rainfall is concentrated, the wet season and dry season are clear, the rain season and hot season are in the same season, the dry season and cool season are synchronized, there is no obvious winter, the cold wave has a weak influence, the annual temperature difference is large, and the characteristics of continental climate and maritime climate are combined. In the long geological cycle, the Lower Paleozoic Wuliang Mountain Group is a typical mountainous landform, which forms a pinnate water system with the Chuanhe River and the Lancang “Oriental Danube River”.

First, the Wuliang Mountaintea tree  evolved from wild type and natural hybrid to modern group varieties. Each of the evolved tea trees can find the corresponding tea tree plants. The tea tree germplasm resources are very rich, and it is a natural museum of the evolution of breed resources.

Second, the wild tea tree community in Wuliang Mountain has a large distribution area, and wild tea trees can be found on the belt between 1600 and 2800 meters above sea level. The distribution is high and the base is between 1.5 and 2.9 meters. Wild big tea trees can be seen everywhere, which proves that Wuliang Mountain is a strong evidence of the birthplace of tea trees in the world.

The third is the artificially cultivated large tea tree, which has a wide distribution and a large number of plants. The ancient tea trees with a diameter of more than 0.3 meters can be found in 80% of the villages in Jingdong. There are hundreds of plants and dozens of them are very common.

How to Get to Jingdong County

There is the Passenger Station in Jingdong County for people to get in.

Take the taxi or rent a car to go to the Wuliang Ancient Tea Mountain.

Where to Stay in Jingdong County

Jingdong County is a county under the jurisdiction of Pu’er City, Yunnan Province, China. There are many hotels around Jingdong County. Yunnan Exploration will provide the best hotels for you. The recommended hotels as follows:

It is suitable to visit Jingdong County all year round. Like many other cities in Yunnan, Jingdong is a place where the seasons are like spring. There is no cold, no heat, warm and humid, especially suitable for human habitation, so you can go to Jingdong at any time.

When you traveling Pu’er, Jingdong County is a good place to be put on your list. It can be joined in whatever your Pu’er tour or Yunnan Tour.

The Location Map of The Ancient Tea Plantations in Wuliang Mountain in Jingdong County, Puer

One thought on “The Ancient Tea Plantations of Wuliang Mountain in Jingdong County, Puer”