Yunnan is endowed with a climate and soil that are favorable for the growth of flue-cured tobacco. Since its promotion in early 1941, Yunnan flue-cured tobacco has been planted in over 70 counties in Yuxi, Qujing, Chuxiong, Zhaotong, Dali, Honghe, Kunming and other cities. The crop is dominated by “Honghua Dajinyuan” and “Speight G-28”, two top global varieties. Yunnan ranks second after Henan in terms of flue-cured tobacco yields.

Cigarettes industry is one of the biggest industries in Yunnan, accounting for 15% of the national total output (in volume) in 2017.  For years, Yunnan tobacco industries have played an important role in local economy and the national tobacco industry. They have maintained their first in the positions in the aspects of the number of famous brands, total output, sales volume, portion of market, foreign exchange earning, tariff and facilities and technology.

Yunnan tobacco has a prosperous market not only on the Chinese mainland, but also in a dozen countries and regions, such as Europe, the Middle East, Hong Kong and Macao.

Yunnan tobacco is a high quality tobacco quite popular among the cigarette smokers in China. In Yunnan, there are 16 tobacco brands, altogether 21 kinds of tobacco products. Yunnan’s tobacco well known brands include Hongtashan (紅塔山), Ashima (阿詩瑪), Yunyan (雲烟) and Hongmei (紅梅), which all rank among the best in China. Yuxi (玉溪) is one of the most important tobacco production bases in China and the nation’s largest cigarette manufacturer – Hongta Group (玉溪紅塔烟草集团) is located in this city.

From the perspective of tobacco industry, there are two major cigarette factories in Yunnan province, Hongta Tobacco Group  and Hongyun Honghe Tobacco Group, with the Hongta Group playing the leading role.

Where is China’s tobacco grown?

China’s Tobacco Grow In These Places The People’s Republic of China (China) is the largest tobacco producer in the world. In 1999, production of leaf tobacco was about 2.4... 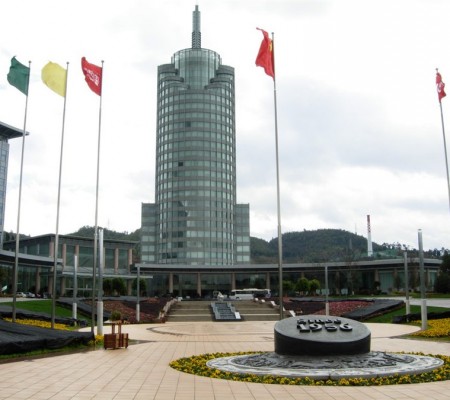 Where is Yunnan tobacco grown?

Where is Yunnan tobacco grown?...