The information on Shangri-la climate could be helpful for preparing a Shangri-la travel. Shangri-la is about 3300 meters above sea level, and belongs to plateau humid climate. The climate changes little among the four seasons, but the temperature varies greatly between daytime and night. The temperature can be more than 30℃ on sunny days. However, in the morning and evening, people may feel as cold as winter. So, visitors should take their coats with them when visiting Shangri-la.

Shangri-la city is located in high altitude and low latitude area. The climate changes with the elevation, and there are six climatic zones in succession. It is a typical "three-dimensional agricultural climate" with the following climatic characteristics: 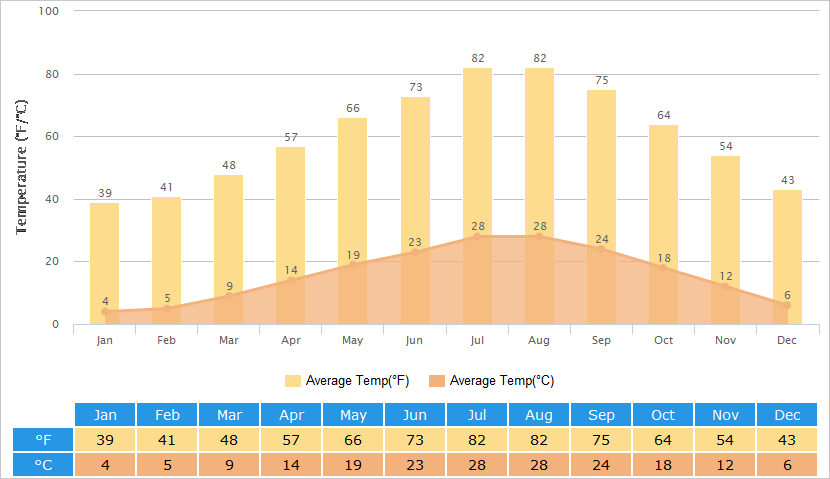 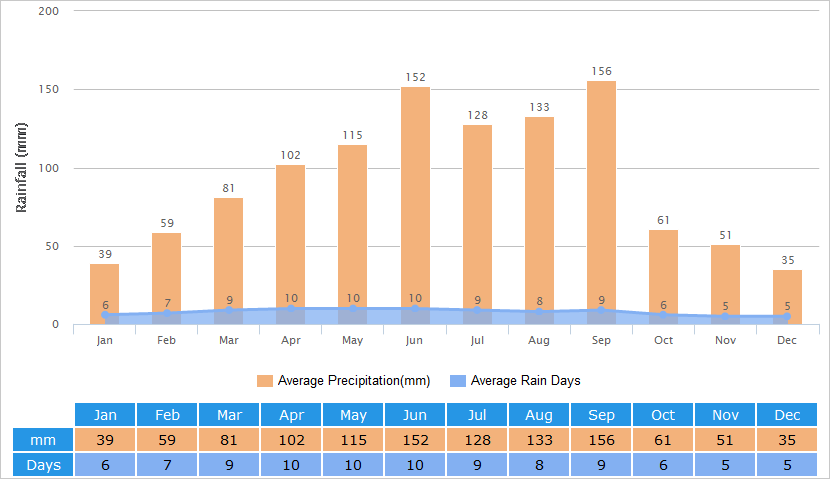 Shangri-la Weather and Climate by Month

Four Seasons of Shangri-la and What To Pack

Shangri-la is more than 3,000 meters above sea level, enjoying a plateau humid climate. The temperature difference between morning and evening is large. No matter what season you go to Shangri-la, you should prepare a warm coat. May to October is the best time to Shangri-la, at that time, the galsang flowers are blooming and the meadow is evergreen, full of artistic conception.

See When is the Best Time to Visit Tiger Leaping Gorge.

Try to avoid the public holidays of China, such as May Day Holiday(May 1-3), National Day Holiday(October 1-7), Spring Festival Holiday(Usually early February), Qingming Festival(in early April), Dragon Boat Festival(in June). Spring festival and national day festival are the most crowded time to travel. During these holidays, there will be a large crowd in the tourist attractions and you can't really enjoy yourself. Flights and hotels are usually more expensive than usual.

Shangri-la is more than 3,300 meters above sea level. Some people may have a little altitude sickness, but it's usually not serious. If you want to go to the mountain pass, which is more than 4000 meters above sea level, it is better to take more preventive measures. Before going to the plateau, you can take some medicines to alleviate the altitude reaction, such as rhodiola rosea, American ginseng tablet and so on.

Shangri-La Weather and Climate in January When you travel to Shangri-la in January. January of Shangri-la can be very cold, and the winter temperatures range from around -10 to...

Shangri-La Weather and Climate in February When you travel to Shangri-la in February. The precipitation in Shangri-La in February was relatively low and the air was cold and dry....

Shangri-La Weather and Climate in March When you travel to Shangri-la. Spring in Shangri-La is a snowmelt period , which is relatively cold.In March, the temperature warmed up, and...

Shangri-La Weather in May