Wu Yingde: passing down the art of dough modelling

Wu Yingde was born into a family of dough modellers in Qujing in 1971. When he was 18 years old, he started to make dough figurines under the guidance of his father. Dough figurines, also known as “miansu” or “ximian” in Chinese, are made of wheat and glutinous rice flour together with other ingredients. They are usually red, green and blue, and are directly edible. In the past, they were made for the imperial family as tributes. 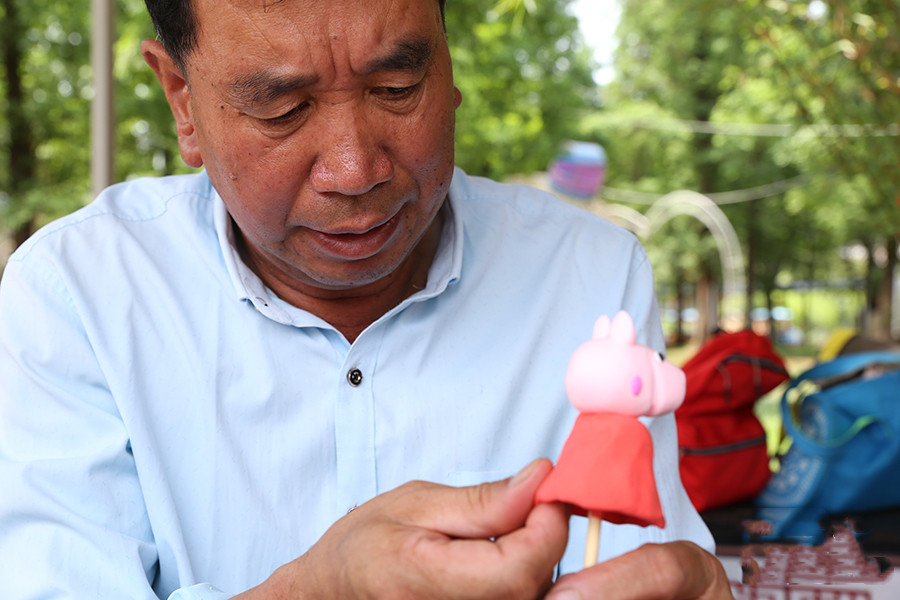 Nowadays, however, people consider dough figurines more of a handicraft than as a snack. “People keep them at home as decorations,” said Wu Yingde. Such a shift has made dough modelling more demanding.

Therefore, Wu Yingde constantly improves his dough modelling skills and created many dough figurines modelled after cartoon images until he became well-known in his hometown. He still remembers the day when he first came to Kunming in 1995. His dough figurines were so popular with people of all ages that he earned 36 yuan by the end of the day. That boosted his confidence and he decided to make better dough figurines.

Wu Yingde reads cartoon books and watches animated films every day for inspiration. “Ultraman”, “Angry Birds”, “Pig Peggy”, you name it, and he can make it. Wu Yingde also makes dough figurines after characters in Chinese classics, and he tried to make these heroes more attractive through innovation. 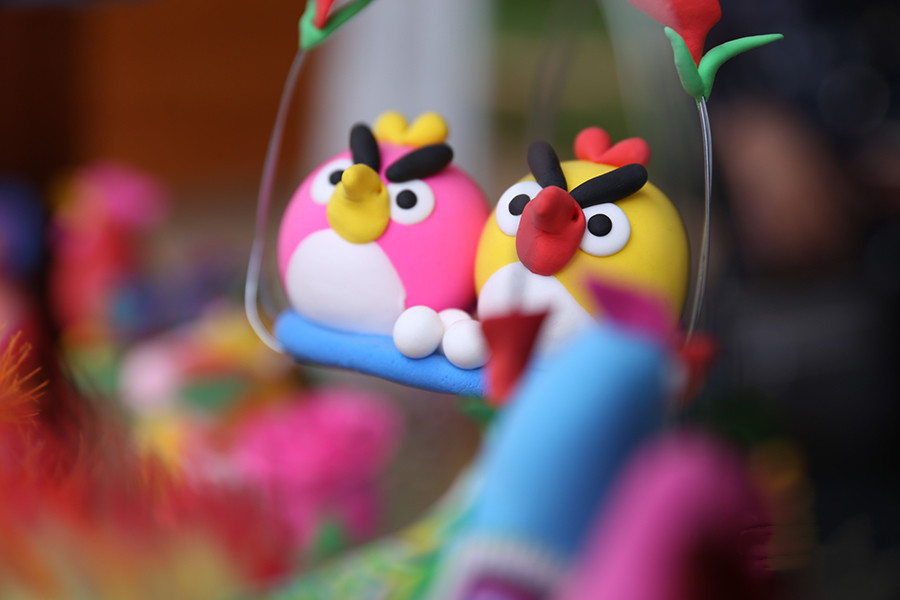 Wu Yingde can make a simple dough figurine in two or three minutes, and a complicated one in 20 minutes. Now he is famous for his vividly made dough figurines inspired by cartoons.

In 2009, Wu Yingde’s family and two other folk artists spent nearly three months making a huge dough model – “Footsteps of the Times”. The work was hailed as a masterpiece at the International Folk Crafts, Cultural and Tourist Products Expo in Kunming. Consisting of more than 1,000 dough figurines, the work mainly reflects the moment when the Chinese People’s Liberation Army entered Kunming in 1950, as well as scenes of daily life in this city over half a century ago.

In 2015, Wu Yingde and dozens of other folk craftsmen jointly made a 21.6-metre dough work on the ancient Tea Horse Road, or the Southern Silk Road. It shows scenes in 18 countries including China, Vietnam, Thailand, Cambodia and Pakistan, fully reflecting the folk customs, natural and cultural landscapes along the Tea Horse Road, as well as the economic and cultural exchanges between China and its neighbouring countries. 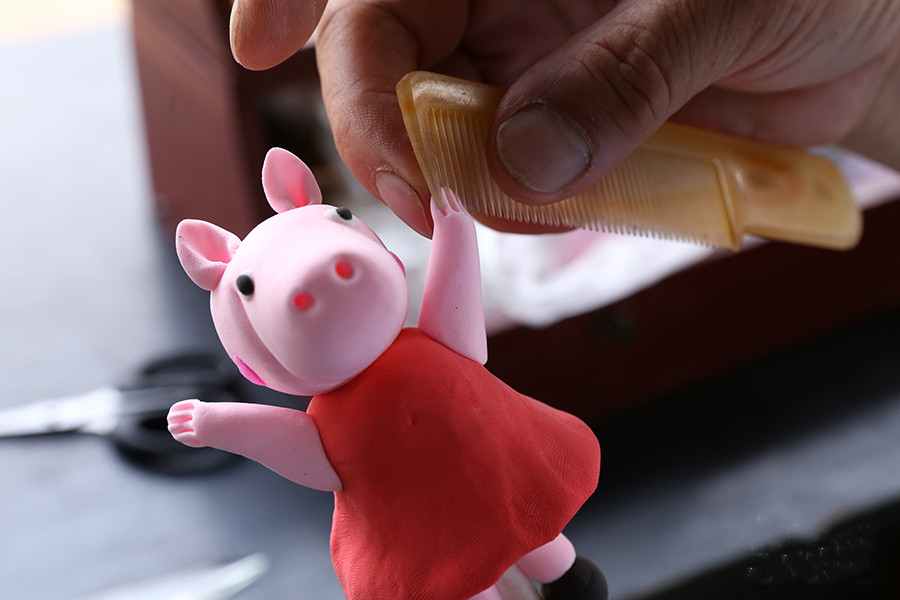 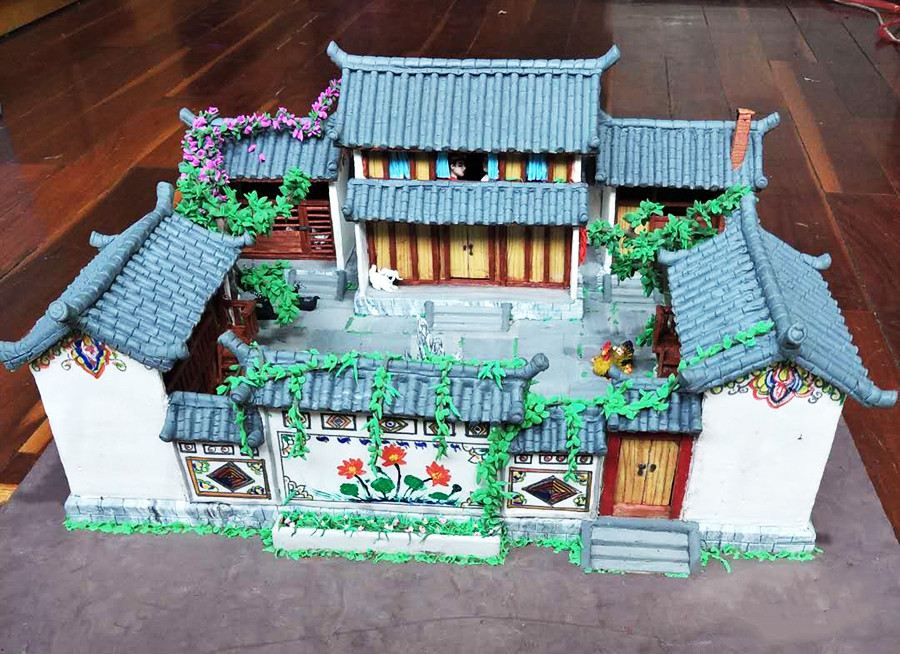 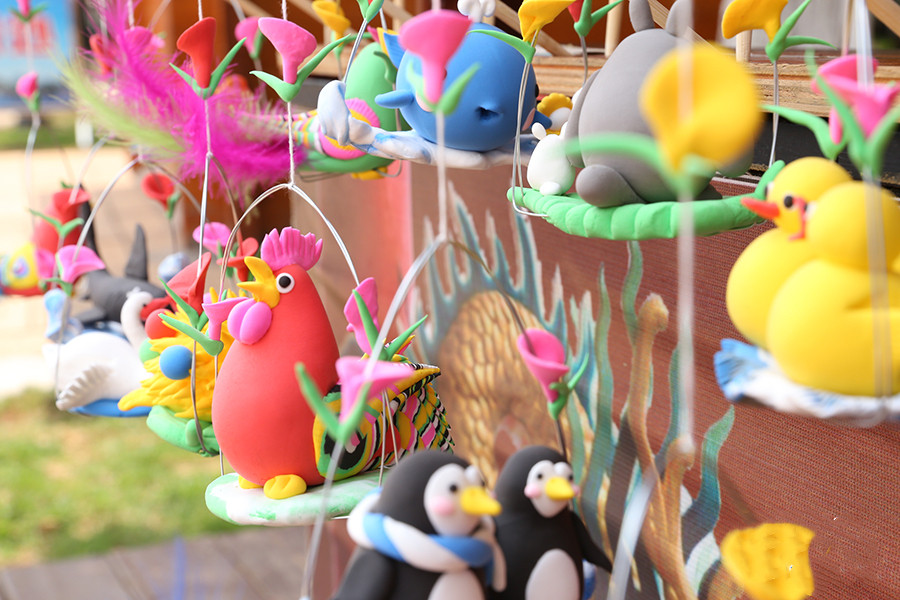 Just a few years ago, Wu Yingde started to teach the art of dough modelling in schools, and his lessons are very popular. Each of his dough modelling sessions can accommodate only 40 students, but every time 80 to 90 students come to register for the lessons.