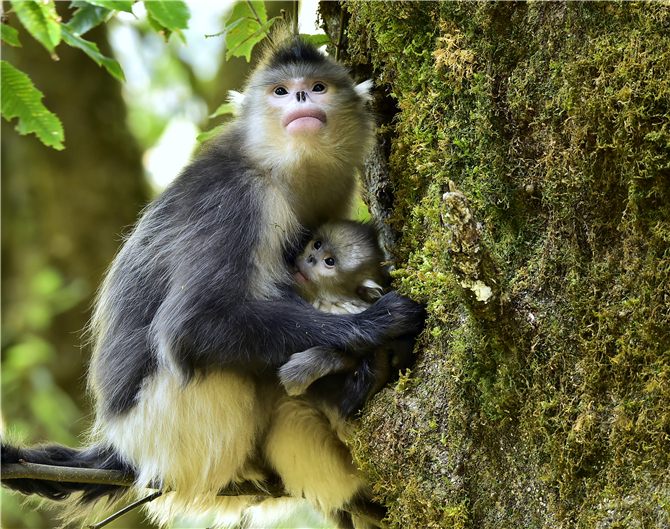 Chinese researchers have been extracting and monitoring the DNA from more than 3,000 fecal samples of the black-and-white snub-nosed monkeys, also known as Yunnan golden hair monkeys, to count the species’ living conditions, according to the Baima Snow Mountain National Nature Reserve of southwest China’s Yunnan Province.

The research, starting from 2017, focuses on the genetic diversity, monkey groups’ relations and structures and gene exchange, in order to investigate the Yunnan golden hair monkeys’ living condition and degree of endangerment.

The researchers will estimate the monkey groups’ quantity and size, divide the protection units, evaluate the monkeys’ habitat condition and provide data to figure out protection solutions, said Yu Li, researcher of the State Key Laboratory for Conservation and Utilization of Bio-Resources in Yunnan.

The monkeys live in the mountainous forests in Yunnan and neighboring Tibet Autonomous Region, with most in the Baima Snow Mountain National Nature Reserve.

The species’ number has risen above 3,500 nationally.