Qujing Culture introduces how many minorities in Qujing including the information of Ethnic Groups, Ethnic Cuisine, Rituals, Folk Culture, Religion, Festivals, Customs and Habits, Ethnic Marriage, etc. During the historical changes in more than 2,000 years, distinctive cultures has developed in Qujing, like Cuan culture, Langtang culture, Tongshang culture and ethnic customs. Qujing City has a charming ethnic style. There are the hospitable Yi ethnic minority, the inclusive and mysterious Shui ethnic minority, and the Buyi ethnic minority who are good at dancing and singing.

In the early Tang Dynasty (circa 220 AD), Qujing became capital of what is now known as “Old Yunnan”, which is the Yunnan we know today, but also included parts of Sichuan and Guizhou provinces. Despite its importance as a political and financial center and unlike many other regions of the like in China, Qujing has had a relatively trouble-free history. In recent years the city has undergone bouts of rapid development and is now the second largest city in the province—eclipsed only by Kunming.

More about History of Qujing

Cuan culture refers to the historical civilization created in the Luliang area of ​​Qujing from the Eastern Jin Dynasty to the Tang Tianbao  7th year, which was more than 400 years. The culture mainly includes rites and music, poetry, customs, ceremonies, costumes, dining, medicine, architecture, crafts, etc.

The Cuanxiang ancient music is a kind of music with unique local characteristics. Dongjing music is a cultural product under the specific history and specific society in Yunnan. During the Wanli Period of the Ming Dynasty (1579), with the prevalence of Buddhism, the changes in people's world outlook, outlook on life, and the requirements of living customs, the texts of "Wenchang Dadong Xianjing(文昌大洞仙经)" were as lyrics and filled into some tunes. Therefore, it was called "Dongjing".

The Qujing Huize area was the ancient Yelang land in the Qin and Han dynasties. It reached its peak of the mining and smelting of copper mine. In the Eastern Han Dynasty, the inscriptions and patterns of the "Tanglang Tongxi(堂琅铜洗)" cast in Huize were the material object of the earliest use of Chinese characters in Central Yunnan. During the periods of Qing Emperor Qianlong and Jiaqing, Huize attracted unprecedented popularity in copper mining, smelting, coinage, transportation, etc., and attracted the Central Plains of the ten provinces of Jiangxi, Zhejiang, Guangxi, Sichuan, Guizhou due to the Qing government's large demand for copper. Therefore, the diverse Chinese culture was brought here, such as Jiangxi Culture(赣文化), Qin Culture(秦文化), Chu Culture(楚文化), Min Culture(闽文化), Chuan Culture(川文化), which formed the unique Tongshang Culture(铜商文化) and Huiguan Culture(会馆文化).

Qujing is always regarded as one of the important destinations in the classical Yunnan Travel. What's more, Qujing Dining culture enjoys a long history. Xuanwei Ham is renowned since Ming Dynasty with special flavor and exquisite technologies. Luliang dried salted duck, Qujing leek flower, Zhanyi spicy chicken also gain the good reputations in the world. Whether in the small stalls, or in a small restaurant with a strong ethnic style, you can taste a lots of different and delicious food in Qujing.

Crying marriage is one of the most distinctive forms of the marriage customs of the Yi people. Before the wedding of the Yi people, the bride shall cry under the accompany by a female companion. That is to say, the bride shall sing the "Wedding Lament" while crying. In general, the "Wedding Lament" has traditional lyrics. Of course, the bride can also extemporaneously play. The bride can sing freely while crying to express the joy or sadness.

Like many other cities in Yunnan, Qujing is the place where a great number of ethnic minorities gather. Yi, Hui, Miao, Zhuang, Buyi, Shui are the main ethnic groups in Qujing. Therefore, the traditional festivals of Yi, Hui, Miao, Zhuang, Buyi and Shui, unique local operas, dances, music and other art forms are the common entertainment methods in Qujing. Multi-ethnic settlement makes Qujing City full of colorful ethnic culture, whether the festivals or the food.

More about Ethnic Towns in Qujing

There are many festivals in Qujing, whether it is the Mao Festival or the Tiaoyue Festival, the warm flames, the jubilant songs and dances, and the loud drinking songs can be exciting. From these festivals, we can see Qujing's unique festival customs...

Xuanwei Ham-making Craft in Xuanwei City, Qujing(曲靖市宣威市宣威火腿制作技艺) is listed at the National Intangible Cultural Heritages. Xuanwei Ham ,got its name because it is produced in Xuanwei(宣威）city,  because the special flavor  ,it... 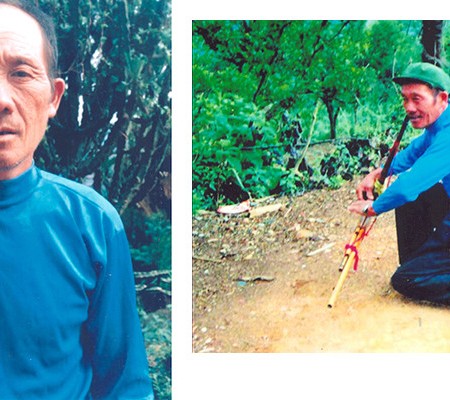