The China-Vietnam railway, running from Kunming to Hekou via Yuxi and Mengzi, has opened to public in December 2014. As the Yunnan section of East Corridor of Trans-Asian Railway, it is also the first international railway connecting southeast Asia and Yunnan. Everyday, there will be about 4 trains departing from Kunming Railway Station to Hekou North Railway Station, and the schedule is listed as follows:

Taking international coaches to travel between neighbouring countries and Yunnan is popular among many budget travelers. The highway network connects with the network of neighboring countries such as Myanmar, Laos, Vietnam and Thailand. There are coaches running between Kunming and Vientiane or Luang Prabang, Myanmar, Laos. At present, Yunnan has opened 28 international routes (including 19 in Laos and 9 in Vietnam).

The Laos – China bus service is available for Yunnan, the border province of China. Buses from Laos to China go to Meng La, Jing Hong and Kunming prefecture, in Yunnan province (the province that shares a border with Phongsaly Province in Laos). There are coaches running from Vientiane to Kunming via Luang Prabang. Six coaches are available from Luang Prabang to Jinghong city of Xishuangbanna. Please note that some of the coaches are not daily and contact us for the coach information before you go.

There are buses from Lao Cai of Vietnam to Hekou daily. And tourists can take the coaches from Hekou to Kunming. Recently, the direct buses between Haiphong of Vietnam to Kunming city via Hanoi, Fu Sholl, Yen Bai, Lao Cai, Hekou is put into trial operation. It covers 780 kilometers and takes about 13 hours. Besides, there are other international routes connecting Hanoi and Kunming, Sapa and Gejiu, Ha Giang and Tianbao(天保) of Wenshan city.

National Road 213: From Yibin of Sichuan to Yunnan, cross Zhaotong, Kunming, Yuxi and Simao to Xishuangbanna, it covering 1,581 km. Now this road has been built to Simao and will soon to Jinghong. It will pass Laos and finally get to Bangkok of Thailand, which will become a more convenient passage to ASEAN (Association of Southeast Asian Nations).

Burma Road: It was a highway extending about 1,100 kilometres (680 mi) through mountainous terrain from Lashio, northeast Burma northeastward to Kunming, China. The Burma Road’s importance diminished after World War II, but it has remained a link in a 3,400-km road system from Yangon, Burma, to Chongqing.

Kunming–Bangkok Expressway: It is an international expressway running from Kunming, Yunnan province, People’s Republic of China, to Bangkok, Thailand via Laos It was opened in 2008.

G8011 Kaihe Expressway: It stretches from Kaiyuan to Hekou on the Vietnamese border.

Generally, rivers are obstacles to transport in Yunnan. Only very small parts of Yunnan’s river systems are navigable. In June 2001, commercial shipping service among China, Laos, Myanmar, and Thailand on the Lancang-Mekong River was officially inaugurated. Jinghong, Guanlei and Simao District river ports are open to the outside world. Many rivers open for commercial international trade with neighboring countries. Lancang River (known as the Mekong in its lower reaches) is the only international river linking 6 countries in Asia. There are cruises sailing from ChiangSan to Guanlei port via Myanmar and Laos.

China – Thailand Railway, or Sino – Thai Railway hasn’t been opened yet. The construction began in December, 2017. About 4 years are needed to complete this high speed rail...

Last year, China and Vietnam unveiled plans to refurbish a colonial-era railway between the two countries. It was an attempt to update a historical legacy – and also signified new bilateral...

The transport infrastructure of Yunnan is served by numerous transport modes, and forms an integral part of the structure Yunnan Province and the Southwest of China. Yunnan had undergone a... 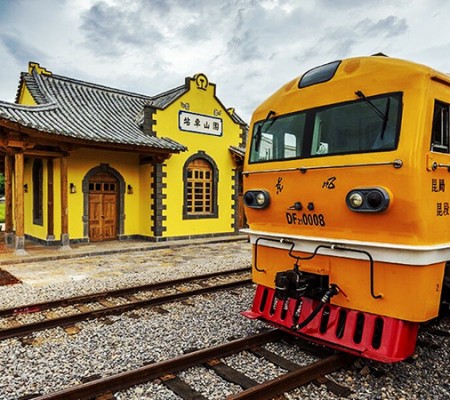 Introduction In the southern part of Yunnan, a special railway lies in the mountains. It is special due to the history: it was built during 1903-1910 in the very...

Linking Yuxi in southwest China and the Lao capital Vientiane, the China-Laos railway is expected to be fully operational in December 2021. Construction of the Laos-China railway began in December...

The Kunming–Singapore railway, increasingly called the Pan-Asia railway Network is a network of railways, being planned or under construction, that would connect China, Singapore and all the countries of mainland Southeast Asia. The concept originated with British and French imperialists,...