Chinese food is full of colors, flavors, and textures that appeal to a wide variety of eaters. Taoism and Buddhism are widely followed in China, both of which adhere to vegetarian lifestyle. In addition, many Yoga enthusiasts in China are vegetarians or vegans. There are over 50 million Chinese vegetarians and 40% of the world’s fruits and vegetables are eaten in China. Vegetarian cuisine is based on food that meets vegetarian standards by not including meat and animal tissue products. Here we provide you the guide of Yunnan Vegetarian Food.

A vegetarian diet is one that avoids meat, poultry, seafood, and other animal products, and sometimes also avoids dairy products and honey. Choosing a vegetarian diet is just a way of eating that is conducive to one’s own health, respects other lives, cares for the environment and conforms to the laws of nature. Vegetarianism has gradually become a lifestyle in line with the trend of the times.

Vegetarianism is not limited to vegetables. Besides vegetables, it also includes other plant-based foods such as fruits and melons. Among the categories included in vegetarian food, grains (including rice, wheat, soybeans, etc.) and nuts (including walnuts, peanuts, melon seeds, etc.), which are relatively common, are also two branches of vegetarian food.

In China, the soybean has been a vegetable staple for ages. Not only the ubiquitous sprout, but the bean itself is processed into myriad forms of tofu (bean curd). Mushrooms are another highlight of China’s vegan diet. There are various kinds of mushrooms ranging from tiny baby ones to the large black ones in China, and they exist in various forms, fresh, dry, pickled and so on.

Chinese cooks also use a variety of protein-rich foods to simulate the flavors and textures of meat, known as mock meat, which is created mostly with soy protein and/or wheat gluten to imitate the texture, taste, and appearance of duck, chicken, or pork.

The only hard part of being vegetarian in China is learning how to communicate that you don’t want meat. If you travel China by yourself, there is a question how to say you’re vegetarian. Although there is no simple way to make you understood clearly in all situations, remember some phrases close that are also helpful.

You can also have a printed card that says “wo bu chi rou” which is more simple for you. In some places of China, “rou” is just “pork”. So you can write “Wo Chi Su” on this card.

How to Order Yunnan Vegetarian Food

While more and more people are familiar with plant-based diets, don’t assume your server knows what it means to be vegetarian or vegan. While ordering vegetarian Chinese food may seem easy at first glance, it can be more trivial than one might expect. It’s not just about avoiding obviously meat-centric dishes, because many Chinese sauces, broths, and condiments contain animal products, even some vegetarian dishes may be cooked in lard, an animal-based fat.

So, before getting into a list of usually vegetarian Chinese food to order, ask what stock and broths are made from, if fish sauce is an ingredient, and what kind of oil is used for cooking. If they serve any type of mock meat, ask what ingredients are in it. Let your server know which foods you do not eat, such as chicken and fish, milk, cheese, butter, eggs, honey, chicken stock or broth, fish stock or broth, fish sauce or lard. If I just say that you are vegan, which leaves open to the server’s interpretation which may not be accurate.

If you travel with us, our guides will be able to help you with this. 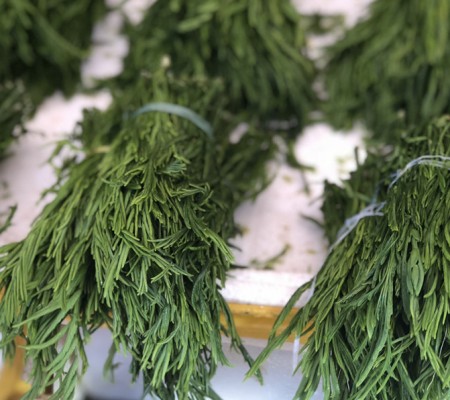