Its low latitude tempered by its high elevation, Dali has a mild subtropical highland climate with short, mild, dry winters and warm, rainy summers. In winter, there is much less rainfall than in summer. The Köppen-Geiger climate classification is Cwb. The temperature here averages 15.6 °C. The rainfall here averages 1024 mm. Frost may occur in winter but the days still generally warm up to 16 °C (61 °F) or more. During summer, a majority of the days features some rainfall and daytime temperatures rise to 25 °C (77 °F). A great majority of the year's rainfall occurs from June to October. December 2013 was particularly marked for its high snowfall. 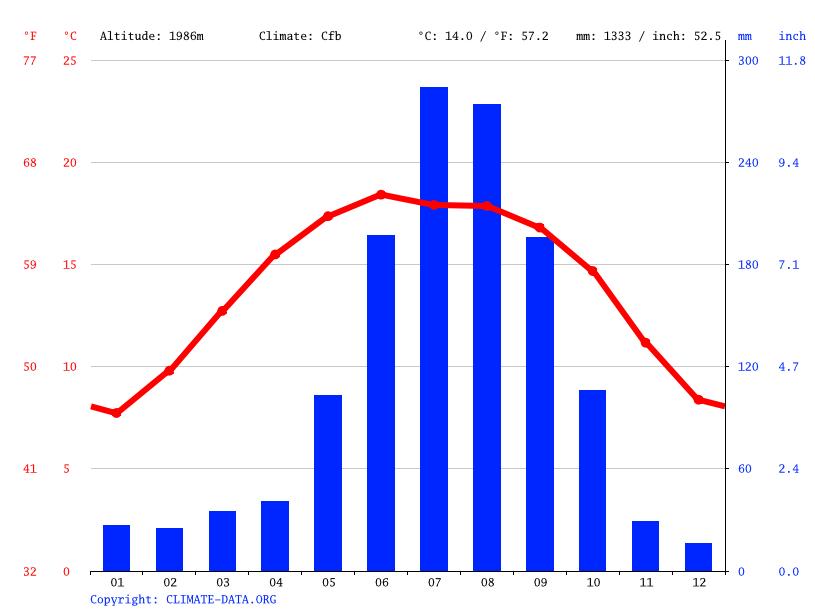 The driest month is December, with 14 mm of rain. Most precipitation falls in August, with an average of 213 mm. 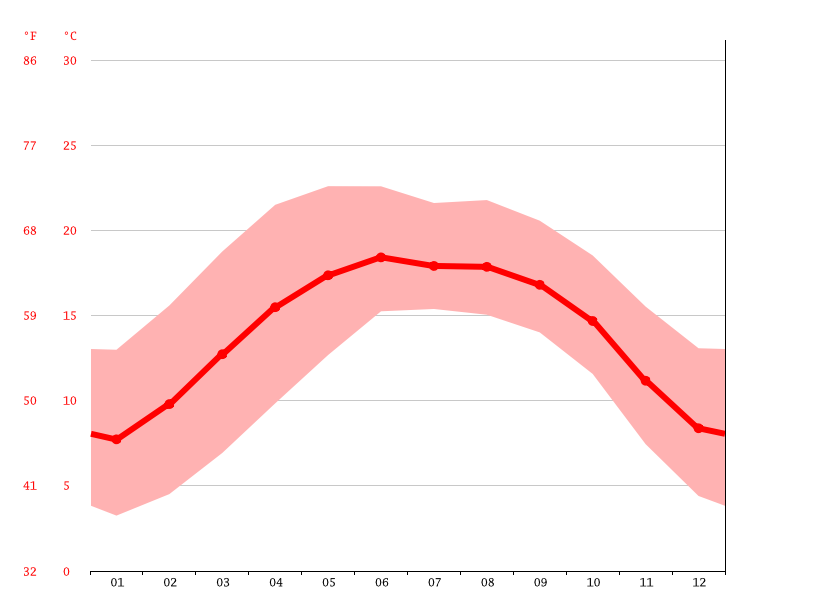 There is a difference of 199 mm of precipitation between the driest and wettest months. The average temperatures vary during the year by 11.6 °C.