Geographically, the Stone Forest is a special topography called Karst landform, which is mainly formed by the chemical reaction that limestone can be eroded by water with carbon dioxide. The specific formation of Stone Forest can date back to about 270 million years ago. At that time, this area was a part of ocean in which many oceanic living beings inhabited. As time went by, the corpses piled up gradually and fossilized into a thick limestone seabed, which rose up to form a table land because of the movements of the earth’s crust. Then a large number of lava from volcano eruption covered the limestone and cooled down, forming a thick basalt protective layer consequently. About 50 million years ago, the basalt layer flaked away and the water from rainfall and underground slowly eroded the limestone surface. 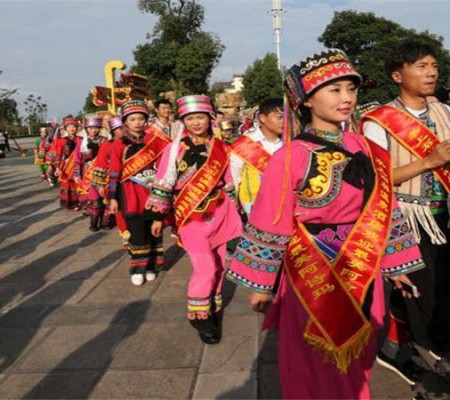 History of The Stone Forest in Kunming

History of The Stone Forest in Kunming...

Culture of The Stone Forest in Kunming

Culture of The Stone Forest in Kunming...