Its low latitude tempered by its high elevation, Dali has a mild subtropical highland climate with short, mild, dry winters and warm, rainy summers. Frost may occur in winter but the days still generally warm up to 15 °C (59 °F) or more. During summer, a majority of the days features some rainfall and daytime temperatures rise to 24 °C (75 °F). A great majority of the year's rainfall occurs from June to October.

The least amount of rainfall occurs in December. The average in this month is 13 mm. With an average of 211 mm, the most precipitation falls in August. 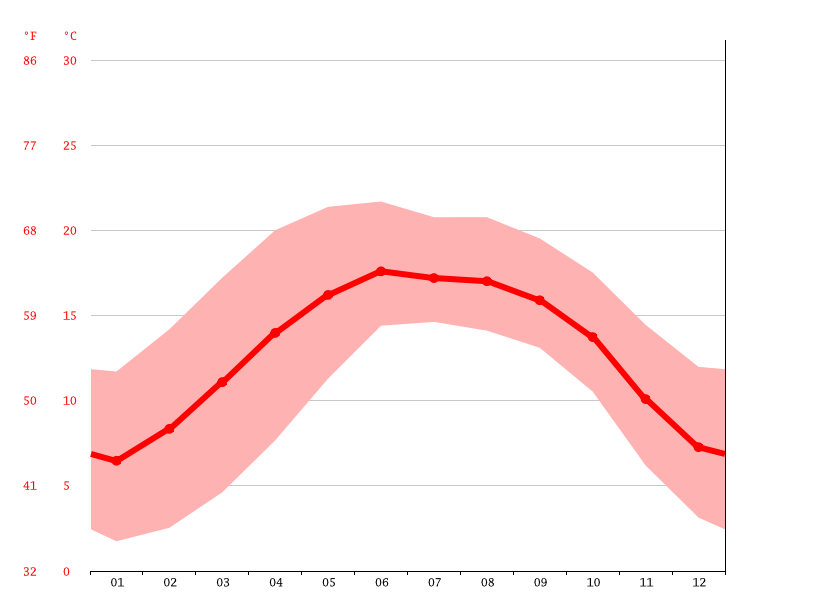 The temperatures are highest on average in July, at around 20.9 °C. January has the lowest average temperature of the year. It is 8.9 °C.

The variation in the precipitation between the driest and wettest months is 198 mm. During the year, the average temperatures vary by 12.0 °C.

The best time to visit Xizhou Town is from March to October when springtime is in full swing and all of nature seems to be in the process of rebirth. Trees and flowers of this garden city are green and in full bloom. Before your Dali tour, please check the Dali weather to have a clear plan for your happy trip.