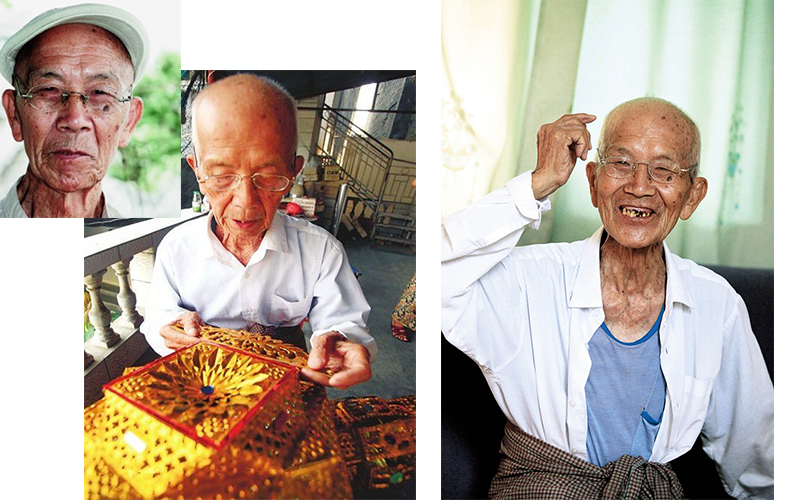 In June 1999, Sihua Zhang was named Yunnan National Folk Art Artist(云南民族民间美术大师) by Yunnan Provincial Culture Department(云南省文化厅). On August 20, 2010, Chinese paper-cut was officially selected as the Catalogue of Human Intangible Cultural Heritage Representatives(人类非物质文化遗产目录) by the UNESCO(联合国教科文组织), and Paper-cuts of Dai Ethnic Minority was subsequently selected as a sub-project of China. And Si Huazhang has been officially listed as the sole inheritor of the Paper-cuts of Dai Ethnic Mitority. 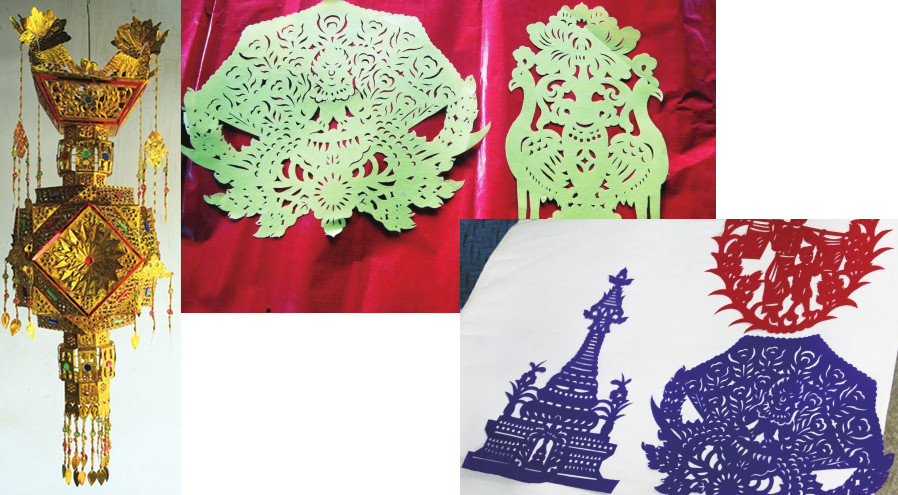 He was interested in folk crafts and Paper-cuts of Dai Ethnic Minority when he was young. At 20 years old, he learned paper-cutting skills from Yangba(杨八), master of Dai ethnic folk crafts.

Paper-cuts of Dai Ethnic Minority is influenced not only by the Theravada(上座部佛教), but also by the Han culture, forming a paper-cutting art with national characteristics and regional style.

His paper-cuts works are simple, vivid and beautiful in shape. Using paper, cloth and bamboo as materials, he has cut peacock, elephant, phoenix, dragon, figure, flower, insect and bird patterns. They have strong national style, rigorous and unified composition and exquisite craftsmanship.

He also used knives, scissors, saws and other tools and some small chisels of different shapes to make Buddhist implements(赕佛器具) such as Buddhist umbrellas(佛伞) and Buddhist banner(佛幡) and other decorative materials for national buildings, which broadened the application field of Dai ethnic paper-cutting art and extended and developed the paper-cutting technology.

His works have participated in various folk arts and crafts exhibitions held by prefectures and municipalities for many times, and have been exhibited in Dalian, Shenzhen, Qinhuangdao and other places.