Currently, only Kunming, the capital city of Yunnan Province, has subway service among all the cities of Yunnan. The city will operate 9 subway lines according to the plan. There are four metro lines that already put into use in Kunming, namely Line 1, Line 2, Line 3 and Line 6. Others are still under construction. The subway passes a number of major passenger distributing centers like Changshui Airport, East Coach Station, Kunming Railway Station and South Railway Station.

It’s the first line that Kunming had. Started to build in 2008 and opened to public operation in May 20th, 2013, it runs from the south upwards to the downtown area connecting Kunming South Railway Station and Kunming Railway Station.

Started to build in 2008 and opened to public operation in Apr 28th, 2014, it runs from the north downwards to the downtown area, meeting Metro Line 1 at the Inner Exchange South Ring Road Station(环城南路) .

Lines under Construction and to be Constructed

Metros Planed in Other Cities of Yunnan

Besides Kunming, the other cities also plan to build the metro lines for the convenience of passengers. Xishuangbanna has planed three lines including Line 1(Airport-Gaozhuang), Line 2 and Line 3(Special Line for Dai Minority Garden). Wenshan Prefecture has planed five lines including Line 1, Line 2, Line 3, Line 4 and Line 5, with a total length of 94.8 km, involving two lines in downtown area, two lines in Qiubei county and one line in Yanshan county. Lijiang plans three lines, including Line 1(Special Line for Jade Dragon Snow Mountain), Line 2 and Line 3. 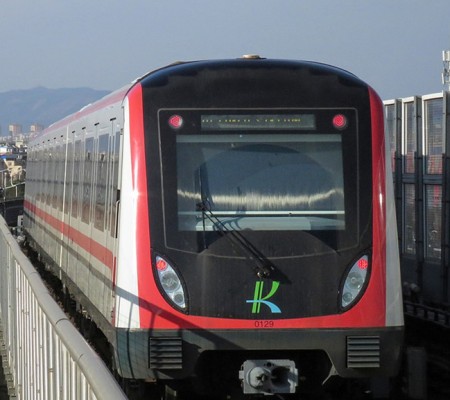