Fumin County is under jurisdiction of Kunming City, Yunnan Province. It is an important town to the middle of Yunnan from Sichuan and Northern Yunnan since ancient times,which is known as the “the key of northern Yunnan”.

It is located in Kunming,the capital of Yunnan Province in the northwest.It is 23 km away  from Kunming.

The East is adjacent to Songming and Xundian, and the north is connected with the mountains and rivers of Luquan. The West connects with Lufeng and Wuding, and south to Xishan District.

The Location of Fumin County

The climate in Fumin County changes greatly so that it's known as “one mountain has four seasons, different weather within 10 kilometers”. Fumin County's climate is typical low-latitude subtropical plateau monsoon climate with an average annual temperature of 15.8°C (60.44℉) . The rainfall in Fumin is significant, with precipitation even during the driest month.

Fumin County has jurisdiction over 2 towns and 5 townships (including 1 ethnic township):

‣ What to See in Fumin

Longna River Valley is located 20 kilometers west of Fumin County. Longna River Valley was originated from the Longzha Dam Reservoir, which was built in the 1970s. When the Longzha Dam Reservoir was built, people from nearby all came to the reservoir area and participated in the construction of the dam. Now days it became a scenic area and used for recreational purpose.

‣ What to Eat in Fumin

Bean Cake is one of the favorite snacks for Fumin people. Crush the green beans into a mush and wrap them with rice flour. Put some sesame oil in the pan,after the oil is hot, slowly put the crushed beans into the pan and fry until both sides are golden.The Bean Cake is ready to serve now, slowly chewed it and feel the sweetness of rice.

The consumption level in Fumin is not high compared to other counties in Kunming. Accommodation, traffic and catering costs are not expensive but float greatly between slack season and busy season. Most of the expenses are spent on the tickets for scenic spot. 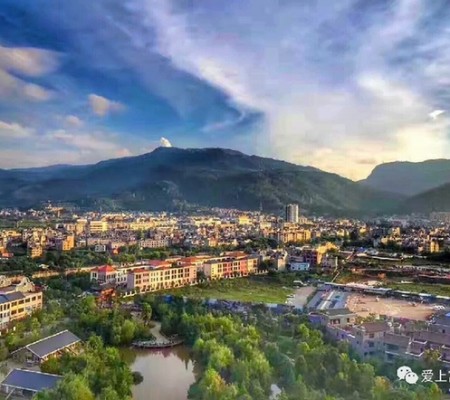 Culture of Fumin County in Kunming

Culture of Fumin County in Kunming...

Fumin County was built in Yuan Dynasty (1275), and it was part of Zhongqing Road, and in Ming Dynasty(1382) it was under jurisdiction of Yunnan Province. It was directly under the Yunnan...