What to Buy in Lancang County

Lancang Lahu Autonomous County (澜沧拉祜族自治县) is an autonomous county under the jurisdiction of Pu'er City, in southwestern Yunnan province, China.  There are some local products that you can buy. Such as,

Lancang Ancient Tea is a special local product of Lancang County, Pu'er City, Yunnan Province. The ancient tea has a kind of unique fragrance and excellent quality. It is one of the origins of tea trees and is the hometown of Pu'er Tea. The tea culture has a long and splendid history. There are Jingmai Mangjing Millennium Million Ancient Tea Garden and Bangwei Millennium Ancient Tea Tree, which have more than 1,300 years of history.

Pineapple, also known as bromeliad, is a perennial herb. The origin place is the tropical and subtropical regions of the Americas.

Puer Tea is a variety of fermented and aged dark tea produced in Yunnan province, China. Fermentation in the context of tea production involves to microbial fermentation and oxidation of the tea leaves, after they have been dried and rolled. This process is a Chinese specialty and tea produced is known as Hei Cha (黑茶), commonly translated as dark, or black tea (this type of tea is different from what in the West is known as "black tea", which in China is called "red tea" 红茶). The best known variety of Puer Tea from Yunnan Province, named after the trading post for dark tea during imperial China.

Walnuts are rounded, single-seeded stone fruits of the walnut tree commonly used for the meat after fully ripening. After full ripening, the removal of the husk reveals the wrinkly walnut shell, which is usually commercially found in two segments (three-segment shells can be also formed). During the ripening process, the husk will become brittle and the shell hard.

Where to Buy in Lancang County 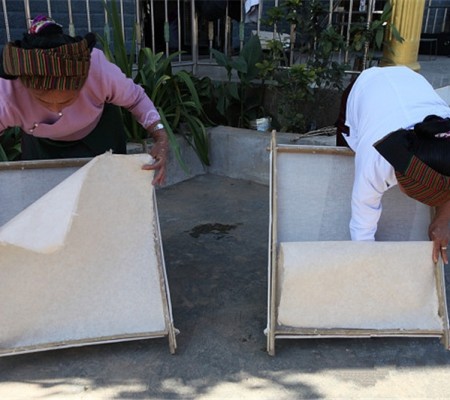