Yuxi culture is diverse and colorful, featuring the folk culture of the ethnic minorities including Yi, Hani, Dai, Hui, Bai, etc. Yuxi is the birth place of ancient Dian culture where there is Paleontological fossil coenosis in Chengjiang, bronze ware of Lijia Mountain.  There are also various festivals of ethnic groups which will help you to understand Yuxi better.

Yuxi city boasts a long history. During the Western Han Dynasty (202BC-8), Yuxi was called Yuyuan County. Then, the city was named Wenfu Prefecture in the Tang Dynasty and Xinxing Prefecture in the Yuan Dynasty. One of the source of the Pearl River — Yuxi River (commonly known as “Zhouda River”) streams across the downtown of Yuxi. The crystal-clear river flows through the fields like a jade belt. “Yuxi” the current name was given in 1916 because of the local hydrological characteristics.

More about History of Yuxi City

Daoism has been integrated with the religions of all ethnic groups in Yunnan since its introduction to this colorful land. It has deeply and extensively penetrated into the life customs of all ethnic groups in Yunnan, thus forming an important part of Yunnan's traditional culture. Dongjing Daoism Musim is one of the representatives of the Daoism culture. Gaogu Tower in Yuxi City is recommended for your Daoism culture tour.

The Dai people in Yuxi are the major followers of Buddhism. There are many temples in Yuxi for you to explore the Buddhism culture, with the Yuquan Temple being the most popular one.

Huagu Dance was introduced into Eshan in the late Qing Dynasty (1898) and became popular throughout the county during the Republic of China. As one of the traditional cultural expressions created by the Yi people, the Huagu Dance has become an indispensable spiritual nourishment for Yi families to be happy and inspiring. The Eshan Huagu Dance was originally used for funerals and sacrificial ceremonies. Now it is widely used in folk activities such as weddings and funerals, foundation laying, completion of new houses and sacrificial ceremonies. It has now become the main content of ceremonial and square performances.

Zhewan is a natural village in Sijie Town, Tonghai County of  Yuxi City. Zhiwan Village has beautiful mountains and clear waters which has nurtured outstanding people and scholars in all dynasties. People living  there has always been adhering to  an excellent tradition of advocating calligraphy and painting, loving collection and paying equal attention to farming and reading. In order to carry forward the tradition and enrich rural cultural life, in 1994, Zhewan held the first ancient and modern calligraphy and painting exhibition in the village, displaying 145 works and more than 1,000 visitors, which attracted the attention of relevant departments in local.

Yuxi lantern(玉溪花灯) is a kind of Han folk art. It was formed by the Han nationality in the Ming Dynasty and the soldiers and the people in the south of the Yangtze River who emigrated to Yuxi. At that time, they mainly sang Jiangnan minor songs. Yuxi lantern is one of the most influential regional branches in Yunnan Province, which is mainly spread in Hongta District of Yuxi City.

More about Ethnic Towns in Yuxi

Festivals are a major feature of ethnic minorities. Beside the nation-wide festivals like Spring Festival and Dragon Boat Festival, there are many ethnic festivals and local theme events in Yuxi, such as New Year Festival of Yi, Water Splashing Festival of Dai and Yimen Wild Edible Mushroom Fair, etc.

More about Festivals and Activities in Yuxi

Rich and diverse ethnic culture is the source of the intangible cultural heritages in Yuxi, such as Dongjing Daoism Musim, Huagu Dance of Yi, Jiujixian Sacrafice of Hani and Rituals of Life Cycle of Dai, etc.

Our Culture Tours and Minority Discovery Tours will guide to explore the diverse and colorful culture in Yuxi. Choose the following ones or contact us to customize one for you. 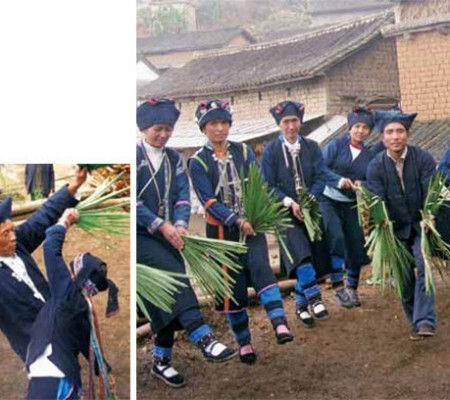