Zhaotong City belongs to the zone of the continental monsoon climate. The temperature of winter is quite low, but comfortable in summer. The annual average temperature is 11.6℃, the average precipitation is 735 mm and the annual sunshine reaches 1902 hours. Zhaotong is a place that can be visited all year around and the best time to visit Zhaotong is spring. In spring, you can enjoy the beautiful flowers; in summer, you can climb mountains; in autumn, you can get the happiness of harvest.

Note: If you want to go to the attractions, you should wear some alpine jackets, hiking boots.

How to Get to Zhaotong

Zhaotong food is effected by Sichuan Cuisine and Guizhou Cuisine. It has Sichuan cuisine's spicy and pungent flavor and Guizhou cuisine's incense and they are good at using ingredients and picking. They emphasize that the spicy and pungent flavor can defeat the damp. When you come to Zhaotong City, these dishes are must-eat, including Weixin Sour Fish, Fried Preserve Meat with Bracken, Tianma (Gastrodia Elata) Steamed Chicken, Shuifu Bacon.

Tourist souvenirs, as the name implies, are exquisitely portable, craftsmanship gifts with regional characteristics and national characteristics that are purchased by tourists during the tour, and are memorable souvenirs. Some people think the tourist souvenir is a city business card with a high collection and appreciation value, which is elegant and gorgeous. There are many souvenirs that worth your money in Zhaotong, such as Tiny Pleat Cloak, Zhaotong Red Fuji Apple, Small Bowl Brown Sugar, Zhaotong Sauce, Wax Printing, etc.

Where to Stay in Zhaotong

As Zhaotong is abundant with hotels and hostels with different standards, choosing a lodging place in Zhaotong is a piece of cake. Zhaotong Accommodation and Hotels Booking introduces the recommended 4-star comfortable hotels, and economic and cheap hostels in Zhaotong. Star hotels are mainly located in the city center with elegant furnishings and all-inclusive services which will meet customers’ different accommodation needs. It’s suggested to reserve the room on the internet during the peak season for an available room with a discount. These hotels include Zhaotong Jiangshan Hotel, New Century Hotel, Zhaotong Ziguang Boutique Hotel, Zhaotong Fengxixiangrui Hotel are good choices to stay in Zhaotong.

Things to Do in Zhaotong

When you come to Zhaotong, do not worry what to do in Zhaotong. Zhaotong Attractions are abundant and are full of all kinds, including natural sceneries, human sceneries and villages where you can experience the rich ethnic culture. Zhaotong is well-known for Zhaotong Apple and boasts its abundant tourist resources. Zhaotong is a great city to visit. If you are a first time visitor, solo traveler or travelling with family, it is always good to know popular attractions to visit. As a multi-ethnic place, its attractions are definitely related to the ethnic minority culture except the natural landscapes and historical sites. What's more, Zhaotong is a place suitable for traveling and in-depth exploration. Under the background of long history, numerous ethnic groups and unique natural conditions, Zhaotong is the best place to experience the rich ethnic culture. There are a number of places of historical interest and natural scenic spots in Zhaotong for your exploration. Come to Zhaotong and take a unique Zhaotong Tour for your Yunnan Travel.

Zhaotong, a place with long history, is always a heaven for many people all over the world. Zhaotong is also a perfect destination for people who want to seek for antiquity, explore the fascinating natural sceneries. When you come to Zhaotong, the top attractions in Zhaotong are must-visit. Zhaotong, known as a land of wonders, both natural and man-made, will make you forget to leave.

Other Travel Tips for Visiting Zhaotong

Zhaotong Things to Do and Attractions

When you come to Zhaotong, do not worry what to do in Zhaotong. Zhaotong Attractions are abundant and are full of all kinds, including natural sceneries, human sceneries and...

How to plan Zhaotong Tours

In this part, Zhaotong Tours will mainly introduce the different kinds of tour packages of Zhaotong for your Zhaotong Travel. What’s more, Yunnan Exploration provides the most suitable Zhaotong...

Best Places to Visit in Zhaotong

Zhaotong City is located in the northeast of Yunnan Province, with high mountains and deep valleys, with a large altitude gap. Zhaotong’s unique terrain has made Zhaotong a unique... 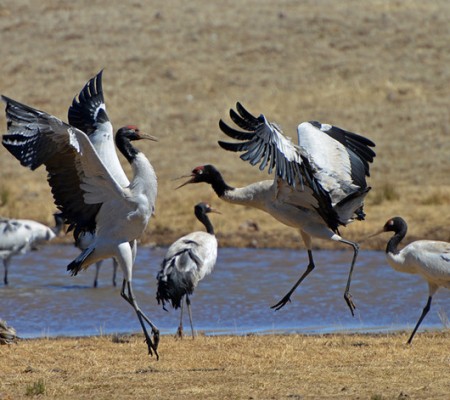 How to Get to Dashanbao Black-necked Crane Nature from Kunming

This article is about tranportation between Daoshanbao Black-necked Crane Nature and Kunming.  Dashanbao(大山包) is one of the most popular destination for Yunnan Birding Tours, which has become the largest winter...

How to Get to Daguan County From Kunming

Being around 430 kilometers from the provincial capital Kunming（昆明）, Daguan County（大关县）is known for its water scenery and local ecological products. It is also one of the most famous scenic...

How to Get to Suijiang County from Kunming

Being around 600 kilometers from the provincial capital Kunming（昆明）, Suijiang County（绥江县）is known for its rice-noodle, tea product and local folk culture. It is also one of the most famous...

How to Get to Shuifu County from Kunming

Being around 590 kilometers from the provincial capital Kunming（昆明）, Shuifu County（水富县）is known for its hot spring resort and forest park. It is also one of the most famous scenic... 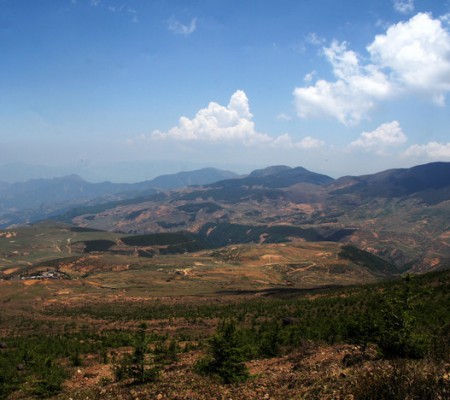 How to Get to Qiaojia County from Kunming

Being around 350 kilometers from the provincial capital Kunming（昆明）, Qiaojia County（巧家县）is known for its water scenery and mountain, as well as canyon and high-land pasture. It is also one...

How to Get to Ludian County from Zhaotong City (Zhaoyang District)

How to Get to Ludian County from Zhaotong City (Zhaoyang District)...

How to Get to Ludian County from Kunming

How to Get to Ludian County from Kunming...