Bridge-building in Yunnan date back at least 1,300 years when the Tibetan Empire built an iron chain bridge over the Yangtzeto the neighboring Nanzhao Kingdom at what is today Weixi Lisu Autonomous County during the Tang dynasty. Iron chain bridges are still found across high river valleys of Yunnan. The Jinlong Bridge on the Jinsha River in Lijiang remains the oldest bridge over the Yangtze. With the expansion of the highway and railway network in Yunnan, numerous large-scale bridges have been built across the region’s myriad of rivers, including the Yangtze which has dozens of crossings in Yunnan. Here we introduces the main bridges in Yunnan.

Duge Bridge is a cable-stayed bridge near Liupanshui in China. As of 2016, the bridge is the highest in the world with the road deck sitting over 565 metres (1,850 feet) above the Beipan River. Crossing the river on the border between Yunnan and Guizhou provinces, it is part of the G56 Hangzhou–Ruili Expressway between Qujing and Liupanshui. The eastern tower measures 269 m (883 ft) making it one of the tallest in the world.

The Lancang River Railway Bridge is an arch bridge under construction linking the cities of Baoshan and Dali in western Yunnan Province, China. Once completed, the bridge will be one of the highest in world, sitting 271 m (889 ft) above the Lancang River. The bridge’s main span will be 342 m (1,122 ft) making it also one of the longest arch bridges ever built. The bridge is expected to be completed in 2019.

The Long River Bridge or Longjiang Bridge (龙江特大桥) is a suspension bridge near Baoshan, Yunnan, China. The main span of the bridge is 1,196 m (3,924 ft) making it one of the longest ever built. The bridge is also one of the highest in worldsitting 280 m (920 ft) above the river below. The bridge completed construction in April, 2016, and is expected to open to public on May 1, 2016.

Nu River Bridge is a railroad bridge part of the Dali–Ruili Railway in China’s Yunnan province. It is 1,024 metres (0.636 mi) long. Construction started January 24 2016. The steel truss arch bridge has a main span of 490 meters and a total length of 1024 meters, with the bridge deck being 211 meters above the Nu River.

The Jin’an Bridge as is a suspension bridge currently under construction near Lijiang, Yunnan, China. Once complete the bridge, at 461 m (1,512 ft), will be the fourth highest in the world. The bridge will form part of the G4216 Chengdu–Lijiang Expressway carrying traffic over the Jinsha River. The bridge construction began in 2016 and it is expected to open in 2021. The main span of the bridge will be 1,386 m (4,547 ft) making it one of the longest ever built.

The Maguo River Bridge is a beam bridge in Fumin County, Kunming, Yunnan, China. The bridge is part of the Jiaozishan highway. It has a main span of 190 metres (620 ft) and sits 180 metres (590 ft) above the Maguo River below.

Puli Bridge is a suspension bridge near Xuanwei, Qujing, China. The bridge, at 485 m (1,591 ft), is one of the highest in the world. The bridge forms part of the G56 Hangzhou–Ruili Expressway between Liupanshui and Xuanwei and was opened in August 2015. The bridge and associated expressway reduced the travelling time from Xuanwei to the Guizhou border from four hours to one hour. The bridge crosses a small stream beside the Gexiang River gorge.

Honghe Bridge is the highest bridges in the world, ranked by the height of the deck over the ground or water below. Building a bridge very high in the air, such as across a deep valley, adds to the complexity of its design and construction.. Three of the bridges are similar in height while only the Honghe bridge carries 4 lanes of traffic. The Honghe is the highest bridge on the route, rising 540 feet (165 mtrs) above the Yuanjiang river. As awesome as its height is, Honghe is equally impressive for having one mother of a main span, stretching 869 feet (265 mtrs) between the centerline of the piers.

Dali-Lijiang expressway passes through west Yunnan, linking 15 grand bridges and 10 tunnels. The longest bridge on the way is Wase Grand Bridge. It’s T-shaped continuous beam bridge, the length of 2651 meters, the highest pier for 51 meters. The left side of the bridge has 66 T-beams with a span of 40 meters and the right side has 65 T-beams with a span of 40 meters, making it the longest continuous T-beam bridge in Yunnan province. 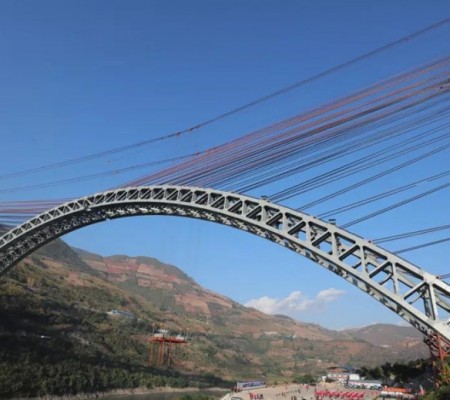 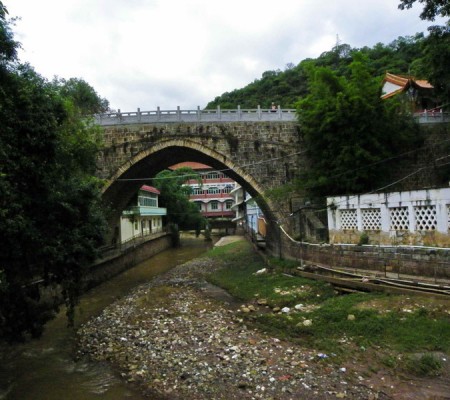 Wenshan Taiping Bridge in Xichou County travel guide introduces the main attractions, entrance tickets booking, the best time to visit, how to Get there, the highlights, facts, history, photos,... 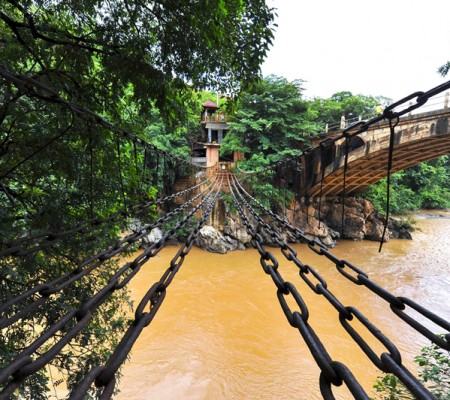 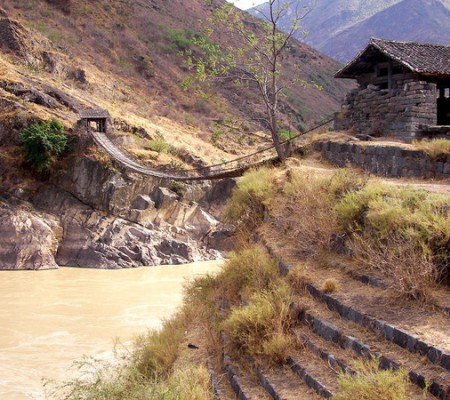 Lijiang Jinlong Bridge in Yongsheng County travel guide introduces the main attractions, entrance tickets booking, The best time to visit, How to Get there, the highlights, facts, history, photos,...