Xishuangbanna Overview will give you a comprehensive understanding of  Xishuangbanna Dai Autonomous Prefecture including the basic information, geographical location, climate and so on.

Xishuangbanna is a flat dam surrounded by mountains. It is located at the southernmost point of Yunnan province and connected with Laos and Myanmar by mountains and rivers, sharing a boundary of 966 kilometers (619 miles) with Burma and Laos in the east, south and west, being a vital pass from China to Indo-China Peninsular by land. It is also close to Thailand and Vietnam. The region sits at a lower altitude than most of Yunnan, and borders closely on tropical climate.

The best time to visit Xishuangbanna is during the dry season (from November to April), when the weather is agreeable and the temperature is mild. Dry season is also the peak travel time of Xishuangbanna, especially April, for the Water Splashing Festival is celebrated in April. If you would like to taste the various tropical fruit here, traveling during the rainy period from June to September is a good choice.

According to a Dai legend, Xishuangbanna was discovered several thousand years ago by hunters chasing a golden deer. In Chinese historical records, the Dai people are mentioned as long ago as the Western Han Dynasty (second century BC). During the first and second centuries AD, Dai chieftains sent tribute missions to the Chinese capital at Luoyang, but the area’s remoteness limited further ties. In the eighth century, Dali, in north central Yunnan became the capital of Nanzhao, an independent state ruled by the Bai minority people.

Xishuangbanna transportation mainly relies on air plane and long-distance bus, connecting to major cities such as Beijing, Shanghai, Guangzhou Xi'an, and Zhengzhou, etc. It has convenient air transportation to cities in Yunnan province such as Kunming, Dali, Lijiang and Shangri-la. Three bus stations in Jinghong city offer long-distance buses to major cities in Yunnan province and suburban buses to nearby counties and towns.

Moreover, it has waterway transportation to Laos, Myanmar and Thailand. Xishuangbanna is located at the utmost southeast part of China. It is not only the major passageway and base to Southeast Asia and south Asia, but a window of Yunnan province opened to the world.

Things to Do in Xishuangbanna

Xishuangbanna Attractions mainly include Menglun Tropical Botanical Garden, Manfeilong Pagodas (Tanuozhuanglong), Jingzhen Pavilion, Wild Elephant Gully and Dai people's village at Ganlanba. If you are intent to travel to Xishuangbanna, Yunnan Exploration can tailor-make you kind of tour based on your preferences.

People and Population in XishuangBanna 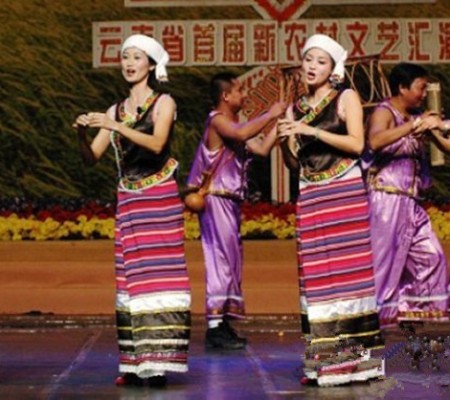 Tribes of Bulang and Hani Ethnic Minorities in XishuangBanna 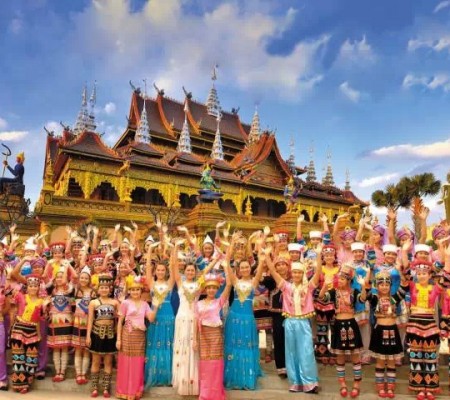 The town was founded as Chiang Hung (Cheli), by Tai king Phanya Coeng in 1180. Yuan Dynasty During the Mongol Yuan Dynasty in China, the Tai kingdom of Sipsongpanna... 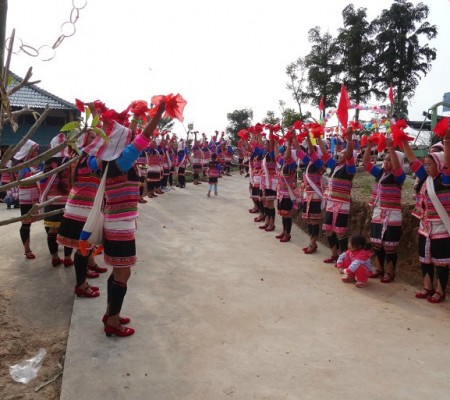 Jinghong has a unique set of pattra-leaf culture and dance culture Jinuo,Hani inspired folk songs and so on. In Jinghong city of Dai, Dai slow wheel pottery techniques, Dai... 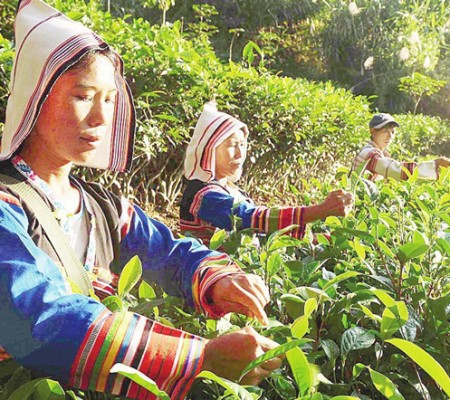 Menghai belong to the Yizhou County in Western Han Dynasty, to the Yongcang County in Eastern Han Dynasty, to Yishengjiedu in Tang Dynasty (Nan Zhao), and to Chelidi in Later Jin Dynasty (Dali).  In the seventh year of Song Dynasty Chun Xi (1180), Payazhen became the owner of Mengle, and built the Jinglong Hall, Menghai County had become one part of Xishuangbanna. People of all nationalities in Menghai got on well with each other, and unite in a common struggle against the enemy, had fought off the Myanmar army’s attack for several times, and supported the expeditionary army during the period of the war of resistance against Japan, safeguarding the national sovereignty and territorial integrity. In February 1950, Menghai was liberated, and people of all nationalities became the masters of their own. In 1990, grain yield reached 125.41 million, becoming the grain production base county of the county; the total industrial output value reached 45.59 million Yuan, tea production, education, sanitation, and technology has made significant progress; the road transportation received a rapid development, till recently, there are 2 national roads with the length of 173 kilometers, 9 County level roads with the length of 258 kilometers, 73 country roads with the length of 672 kilometers, and 12 special roads with the length of 99 kilometers. Being the end of the No. 214 national road and the Kun Luo road, Daluo is a provincial port, the important channel to Myanmar, and it is also one of the hot places of border tourism. The Jingzhen octagonal pavilion listed at national level protection unit, the Manduan Buddhist temple is a provincial heritage conservation unit, besides theses two, the King of the tea tree in Bada is also the tourist attraction which the tourists will not miss.       The western line of Menghai tourism is one of the two sub centers, three travel areas and five main tourism lines in Xishuangbanna tourism area, featuring border tourism, cross-border tourism and tea culture tourism. In recent years, the comprehensive industrial system of Menghai tourism industry has been basically completed, with the strengthening of tourism infrastructure construction and international polarization and promotion, the increasingly regulation of the tourism market and the rapid development of the tourism industry, the tourism industry has played a more and more important role in the national economy of Menghai County, with the increasingly expand of the scale, tourism industry has become one of the key industries of Menghai County.       Up to 2006, 3 tourist attractions have been constructed in the County, among which, one is national 3 A level tourist attraction (Daluo Mengjinglai scenic spot), and the other two are national 2 A level tourist attraction (Jingzhen octagonal pavilion scenic spot and Daluo Single -Tree forest scenic spot), the under construction Xishuangbanna Sunshine Tea Culture Technology Park Yun Cha Yuan tourist attraction is a tea culture tourist attraction built according to the standard of national 4 A level tourist attraction, and will be opened on trial within 2007 after the completion of the first period project; there are 41 hotels (restaurants), with 2100 beds in total, among which, two are national two-star hotels (Daluo Yaxue Hotel and Daluo Orlane Hotel); 8 tourist reception restaurants which can manage the dining of 4000 people at the same time; personnel engaged in tourism reached more than 1100, and the Menghai tourism industry has basically developed into a comprehensive industrial system. From 1994 to 2006, Menghai County has received tourists 9.4899 million person-times (including outbound tourists 7.9026 million person-times), making tourism revenue of 2.48 billion Yuan.... 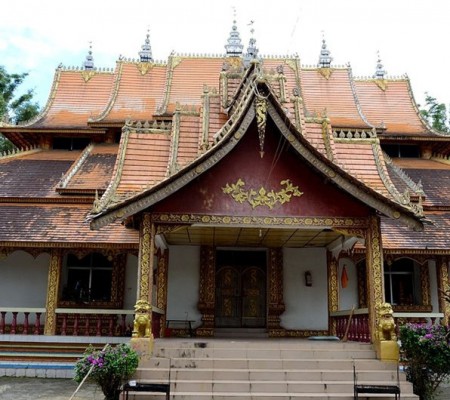