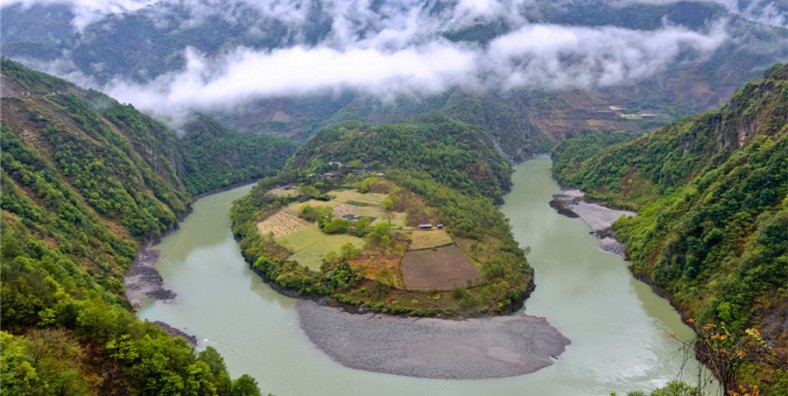 Bingzhongluo, which is called 'A Heaven of Peace and Happiness', is the most beautiful place in Nujiang Grand Canyon. It represents the southernmost extent of the Tibetan culture, and the northernmost extent of Han Chinese influence in the valley.

Best Time to Visit: From October to next April

Why is Bingzhongluo So Special?

Bingzhongluo, which is called ‘A Heaven of Peace and Happiness’, is the most beautiful place in Nujiang Grand Canyon. When you walk on the Tea Horse Road of millennium, see the roaring Nujiang River running among the steep cliff and deep valley, splendid church and temple, tranquil villages, thick forest and towering snow mountain, you may lose yourself in the wonderful landscape. 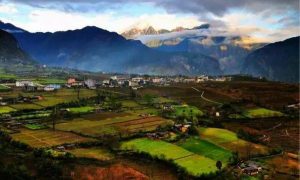 Bingzhongluo is a place where multiple religions coexist and live harmoniously. There are Lamaism, Catholicism, Christianity and the folk religion that integrates primitive religion and Tibetan Buddhism, etc. Originally Bingzhongluo was the place where the Nu people lived. In the Daoguang period of the Qing dynasty, Tibetan Buddhism was brought into bingzhongluo by Tibetan lama and took root in it. After that, Tibetan people gradually migrated from Tibet, Deqin and Zhongdian(Shangrila) and became the main residents here.

Bingzhongluo represents the southernmost extent of the Tibetan culture, and the northernmost extent of Han Chinese influence in the valley. The local population includes Nu and Lisu people, as well as some Dulong. Even a Christian community exists, boasting a sizeable church down the hill from the town proper – but to get there you first have to pass by a Tibetan stupa.

By Bus
The only access to Bingzhongluo by road is from the south via Liuku, Fugong and Gongshan. A direct bus to Liuku leaves at 8 am every morning from the front of Yudong Hotel. It stops briefly at Gongshan, then long enough at Fugong for a quick lunch. Two buses leave from Liuku at 6:20 and 8:20, arriving in Bingzhongluo in the afternoon. The trip takes 8 hours though schedules sometimes vary so it’s best to check before buying your ticket. 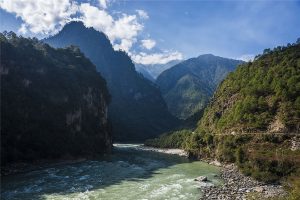 Qiunatong(秋那桶)
It is the last village on the north end of the Nu river valley, as it continues north into Tibet, so it’s also the only route into Tibet. Qiunatong canyon is the most beautiful part of the Nujiang grand canyon, covered with dense virgin forest and numerous waterfalls.

Kantong Village(坎桶村)
Kantong village is located in the center of the First Gulf of Nujiang River. It is a little village of Nu people and Kantong means a place of long bamboo. The village is planted with peach trees. Every Spring, the peach blossoms pervade the village so that the local people call it ‘Peach Blossom Island’. There is the only suspension bridge that connects the village to the outside world.

Puhua Temple(普化寺)
Puhua Temple, a Tibetan Buddhist temple, plays an important role in this place. Inside the temple, there are 11 frescoes and 2000 ‘Songji’ in total. 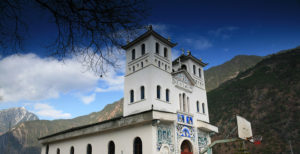 Zhongding Catholic Church is the most famous church in Bingzhongluo, built in 1904 and founded by a Frech missionary. There is a simple tomb behind the church where the founder missionary is buried.

Gongdang Holy Mountain(贡当神山)
Gongdang means white lion because its skyline shapes like a lion. Half up the hill, there are two viewing deck, one of which can overlook Bingzhongluo and another can overlook the First Gulf of Nujiang River.

Gawa Gapu Snow Mountain(嘎娃嘎普雪山)
‘Gawa Gapu’ means high snow mountain. With the altitude of 5128 meters, it is the highest peak in Bingzhongluo and Nujiang. As one of the most remote place in China, few people will come here so that the landscape is natural and wonderful here. On the foot of the snow mountain, there are villages of Dulong people and Nu people.

There are easy and beautiful walks to nearby villages along the Nujiang. 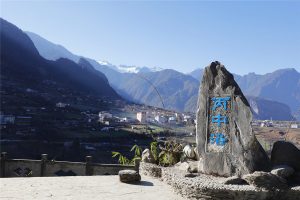 From October to April is the best tourism season. In October, shirts and coats will do. The Nujiang river in Spring Festival is the most beautiful season when the Biluo Snow Mountain is covered with white snow, and the water of the Nujiang river is gentle whose color is like jasper. In the spring, the flowers are in bloom. Summer is hot and rainy.

Liuku is the capital of Nujiang Prefecture. There are many guesthouses and the accommodation conditions are quite good. Fugong county and Gongshan county also can provide accommodation for tourists. Or you can live in the farmer’s house.

Gaoligong Mountain National Nature Reserve
It runs through the southern section of Hengduan Mountains from south to north. Covering a total area of 120,000 hectares with forest coverage of 85%. It is characterized by its natural landscape of biological and climate vertical belts, various types of vegetation, and a great variety of plants and animals. 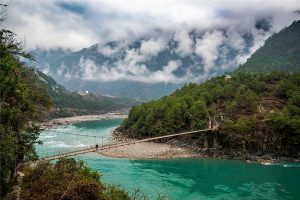 ► If you go to visit the Dulong river or Qiunatong, prepare walking shoes.

► Respect the customs and habits of ethnic minorities.

►Due to the inconvenience of transportation, the best traveling way is car-rental.