Yunnan cuisine, often referred to as Dian cuisine, has its own unique style because of its geographic location, diverse local plant and animal species and numerous ethnic minority groups. Many ethnic minority groups are located in Yunnan Province and they have each added their own cooking styles to Yunnan cuisine, making it a beautiful mix of many different styles of cooking and preparation styles. Yunnan cuisine is known for its sour and spicy dishes. Tough commonly seasoned with chilies, Yunnan Cuisine, unlike the mouth-stinging fiery food in neighboring Sichuan, strives to keep the original taste of its ingredients, which are freshly plucked from mountains and caught from the sea.

Although not being listed in the top eight cuisine series of China, Yunnan cuisine has always popular in China. Main features of Yunnan cuisine are long history, multi-ethnic presentation, wide range of raw materials, unique and diversified cooking methods, combination of the past and the present, various tastes with broad and rich contents. These features are formed through thousands of years of history, originating from the ancient Yunnan State between the Spring and Autumn Warring States Period and the Western and Eastern Han Dynasties and the Dali State in the Tang and Song Dynasties, going through the big change and development in Yuan and Ming Dynasties, and being formed in the middle Qing Dynasty. It is a series of cuisine with bright feature of ethnic minorities among the Chinese cuisine, a product combined the food tradition of 25 ethnic minorities with that of Han ethnic group.

Features of Yunnan cuisine include a wide range of raw material and flavor with particular advantage in cooking delicacies from the mountains and waters. The flavor is featured by fresh and tender taste, delicate fragrance, sour and hot balance, with particular flavor-consciousness on the original taste and flavor of food material. Crispy, glutinous, well-cooked with heavy cooking oil, proper ornament and vivid modeling.

The most extraordinary feature of Yunnan food is its vastly varied ingredients, including vegetables, tropical fruits, flowers and even insects. Here you get a good opportunity to enjoy a surprisingly diverse range of feasts, like the Fungus Banquet for Yunnan boasts 250 species of edible wild mushrooms. If you are daring enough, you can try the Insect Dish made from ant eggs, spiders, locusts, dragonflies, silkworm chrysalis, cicadas and all sorts of insects.

What to Eat in Yunnan

It is the most celebrated specialty in Yunnan, served with a large bowl of hot chicken broth and a platter of side ingredients including rice noodles, slices of pork, fish and raw vegetables. You cook for yourself by adding them all into the stock, stir it well and then enjoy.

Featuring the chicken being steamed in a Yunnan-style clay pot with a mixture of medicinal herbs for 3-4 hours, the dish is famous for its tender meat, delicious soup and nourishing values.

A seasonal specialty with the broth made from brewing dozens of fresh mushrooms harvested wild from the mountains, such as boletus, matsutakes and bamboo fungus; the flavorful hotpot meal is best enjoyed from June to September.

One of the three best hams in China, Xuanwei Ham, noted for its small bones, thin skin, bright color and fragrant flavor, can be prepared in a number of different ways, including frying, steaming, grilling and stewing, to enjoy its delicate taste.

Fish caught from Erhai Lake cooked in an earthen pot with rich ingredients like slices of chicken, ham, sea cucumber, tofu and various vegetables, this tasty fish hotpot is a special treat of Bai minority people to entertain guests.

A traditional dish created by the Hani People, involving stuffing the bite-sized chicken, ginger, chilies, garlic and other seasoning into a bamboo tube and being toasted until fully cooked. The chicken is tender with the fresh fragrance of bamboo.

Where to Eat in Yunnan 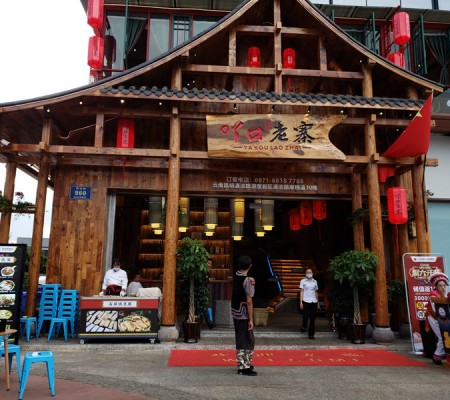 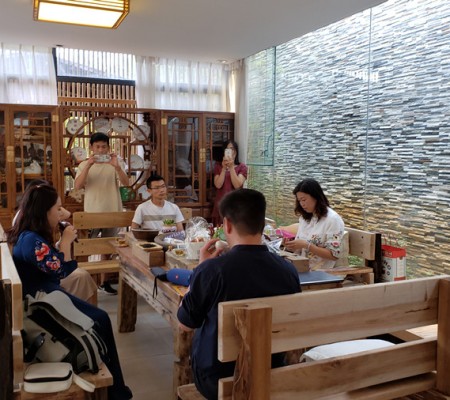 Kunming Chama Huajie Street in Western Hills travel guide introduces the main attractions, entrance tickets booking, The best time to visit, How to Get there, the highlights, facts, history,...

Every year, from June to September, it is mushroom season in Yunnan province. This is when the fresh wild fungi finds an eager following all over the country but...