Currently Yunnan Province has 15 airports in its major tourist cities, making these cities easily reached from the main cities in China and aboard. When tourists travel in Yunnan, the most convenient way getting in should be by air. Generally, most of tourists will take flight to Kunming and take plane or other means of transportation from Kunming the other cities of Yunnan. This page introduces you the civilian airports in Yunnan.

Serving the capital city of China’s Yunnan Province, Kunming Changshui International Airport (IATA: KMG; ICAO: ZPPP) is located in Changshui village of Guandu District, about 24 km away from the city centre. It is the largest airport in Yunnan, serving both domestic and international flights. It offers direct flights to and from major cities in Yunnan, China, and Southeast Asia.

Lijiang Sanyi International Airport, is an airport serving Lijiang, Yunnan province, China. Built in 1995, the civil airport is 25km (16mi) to the south of the city proper. At present, it is the second largest airport in Yunnan. In 2011, it was upgraded to an international airport. It has direct flights to Kunming, Tengchong, Jinghong, Beijing, Chengdu, Shenzhen, Chongqing, Shanghai, Hangzhou, Guangzhou, Xiamen, Nanjing, Changsha, and Xi’an etc; international flights to Thailand, Hong Kong and South Korea.

About 13 kilometers (8 miles) away from the city center, Dali (Huangcaoba) Airport, is located on the southeast bank of Erhai Lake. This is the first high altitude airport in China with a complex geographic situation. At present, flights using this airport connect the city with many destinations such as Beijing, Shanghai, Kunming, Xishuangbanna, Tianjin, Chengdu, Chongqing, Guiyang and Guangzhou.

Shangri-La Airport covers an area of 225 hectares at the plateau region with beautiful natural scenery. The altitude is 3280.83 meters. Located in the southwest suburb of Shangri-La County, Diqing Shangri-La Airport is 5.5 kilometers (3.4 miles) from the county. It is connected with the city by 214 National Highway and Shangri-La Kangba Main Road. There are flights connecting Kunming, Chongqing, Lhasa, Guangzhou, Xishuangbanna, Beijing, Shenzhen, Guiyang, etc.

Construction began on December 1, 1987, and it was officially operated on April 7, 1990. Xishuangbanna Airport (Xishuangbanna Jinghong Airport), is the second international airport in Yunnan. It is located in Gasa Town(嘎洒镇), southwest of Jinghong City, Xishuangbanna Prefecture. Now, it has flights connecting Xishuangbanna with 18 major Chinese cities including Beijing, Guangzhou, Shanghai, Kunming, Lijiang and Shangri-La as well as 3 international lines including Bangkok, Chiang Mai and Luang Prabang.

Wenshan Puzhehei Airport is a civil airport in Yanshan County(砚山县) of Wenshan Prefecture, Yunnan Province, China. It is 9 kilometers from the county seat of Yanshan County, 23 kilometers from Wenshan City(the government seat of Wenshan Prefecture). The airport began to construct in April 2004 and put into operation on Sept. 1 2006. At present, flights to and from Kunming and Nanning are available. There are flights four times a week on Monday, Wednesday, Friday and Sunday. It needs to fly 50 minutes to Kunming Airport.

Tengchong Tuofeng Airport (IATA: TCZ, ICAO: ZPTC) is an airport serving Tengchong in China’s southwestern Yunnan Province. It is located near Tuofeng Village, 12 kilometers south of the county seat. It takes about 15 minutes by car to arrive in central Tengchong City. The airport was opened on 16 February 2009.

One of the earliest airports first established in 1929, it is located in the southern suburb of Baoshan City, Yunnan Province. It is one of the earliest airports built by China Civil Aviation and the “civilized airport” in southwest China. In June 1994, the airport was opened and there are direct flights to Kunming, Guangzhou, Xi’an, Chongqing, Guiyang, Nanjing, Zhengzhou, Beijing, Hangzhou.

Zhaotong Airport is an airport serving the city of Zhaotong in Yunnan province, southwestern China. It was built in 1935. Construction started in April 1935 and was completed on August 29, 1939. Now, it mainly has direct flights to Chongqing and then transfer from Chongqing to other places. Besides, it has several daily flights flying directly to Kunming.

Lincang Airport is located in Boshang Town(博尚镇), Lincang City, Yunnan Province, 22.5 kilometers away from Lincang City Center. It started construction on October 7, 1998 and was completed in March 2001. It has flights to Kunming, Xishuangbanna, Shanghai, etc.

Located at the southeast foot of mount Wuliangshan in Southwest Yunnan and east of Lancang river, Pu’er Simao Airport is a 4C airport serving the city of Pu’er in Yunnan Province, China. There are 33 flights on 6 different routes from Pu’er Simao Airport, connecting SYM to 6 different cities in 1 different countries. The most popular routes connect Pu’er to Kunming, Chongqing, Dali, Chengdu and Changsha.

Cangyuan Washan Airport is an air port serving Cangyuan Va Autonomous County in Lincang, Yunnan province. It is located in Nuoliang Township and opened in December 2016. The main route is to and fro Kunming.

Fengqing General Airport, which is 13 kilometers from the county center, is located on the crossing of Luoxing Village-Fengshan Town(凤山镇落星村) and Zhonghe Village-Mengyou Town(勐佑镇中和村). It was scheduled to start construction in August 2017 with a construction period of 17 months and is expected to be completed in December 2018.

Covering an area of about 3225 mu, Yuanyang Hani Rice Terraces Airport is located in the committee of Manjianghe village(漫江河), Shalatuo township(沙拉托乡), Yuanyang county of Honghe prefecture, 40km away from the county seat. The main routes are mainly Yuanyang-Kunming, as well as Yuanyang to Chengdu, Guiyang, Nanning and other large cities in the west China. Beijing and Guangzhou are also under consideration.

Nujiang airport is a proposed civil branch airport in Lushui county, Nujiang Lisu Autonomous Prefecture, Yunnan province. It has been officially started construction on February 24, 2016, with a total construction period of 3 years, which is planned to open to traffic in October 2019.

Honghe Mengzi Airport has become an airport that has not been completed in Yunnan province for 20 years. It is 11.3 km away from Mengzi city and 23 km away from Gejiu city. Construction was expected to begin by the end of 2012 with a total investment of 3 billion yuan. 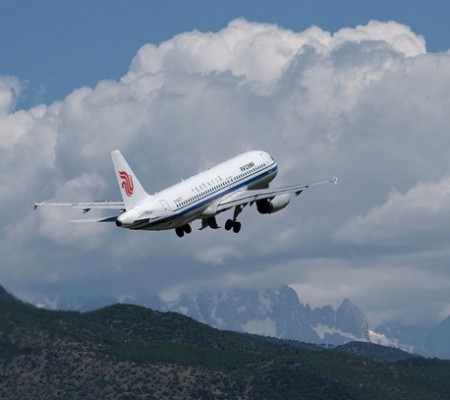 Brief Introduction Baoshan Yunrui Airport(ICAO：ZPBS；IATA：BSD), located in the southern suburb of Baoshan City, Yunnan Province, was built in 1929. It is one of the earliest airports built by China...

Fengqing General Airport(凤庆通用机场), which is 13 kilometers from the county center, is located on the crossing of Luoxing Village-Fengshan Town(凤山镇落星村) and Zhonghe Village-Mengyou Town(勐佑镇中和村). Transport and accommodation are mainly...

Covering an area of about 3225 mu, Yuanyang Hani Rice Terraces Airport is located in the committee of Manjianghe village(漫江河), Shalatuo township(沙拉托乡), Yuanyang county of Honghe prefecture, 40km away...

Zhaotong Airport (IATA: ZAT, ICAO: ZPZT) is an airport serving the city of Zhaotong in Yunnan province, southwestern China. It was built in 1935. Construction started in April 1935 and was completed on August 29, 1939. Its latitude is...

Located at the southeast foot of mount Wuliangshan in Southwest Yunnan and east of Lancang river, Pu’er Simao Airport (IATA: SYM, ICAO: ZPSM) is a 4C airport serving the city of Pu’er in Yunnan Province,... 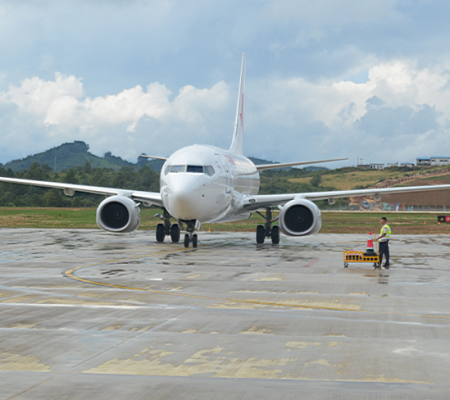